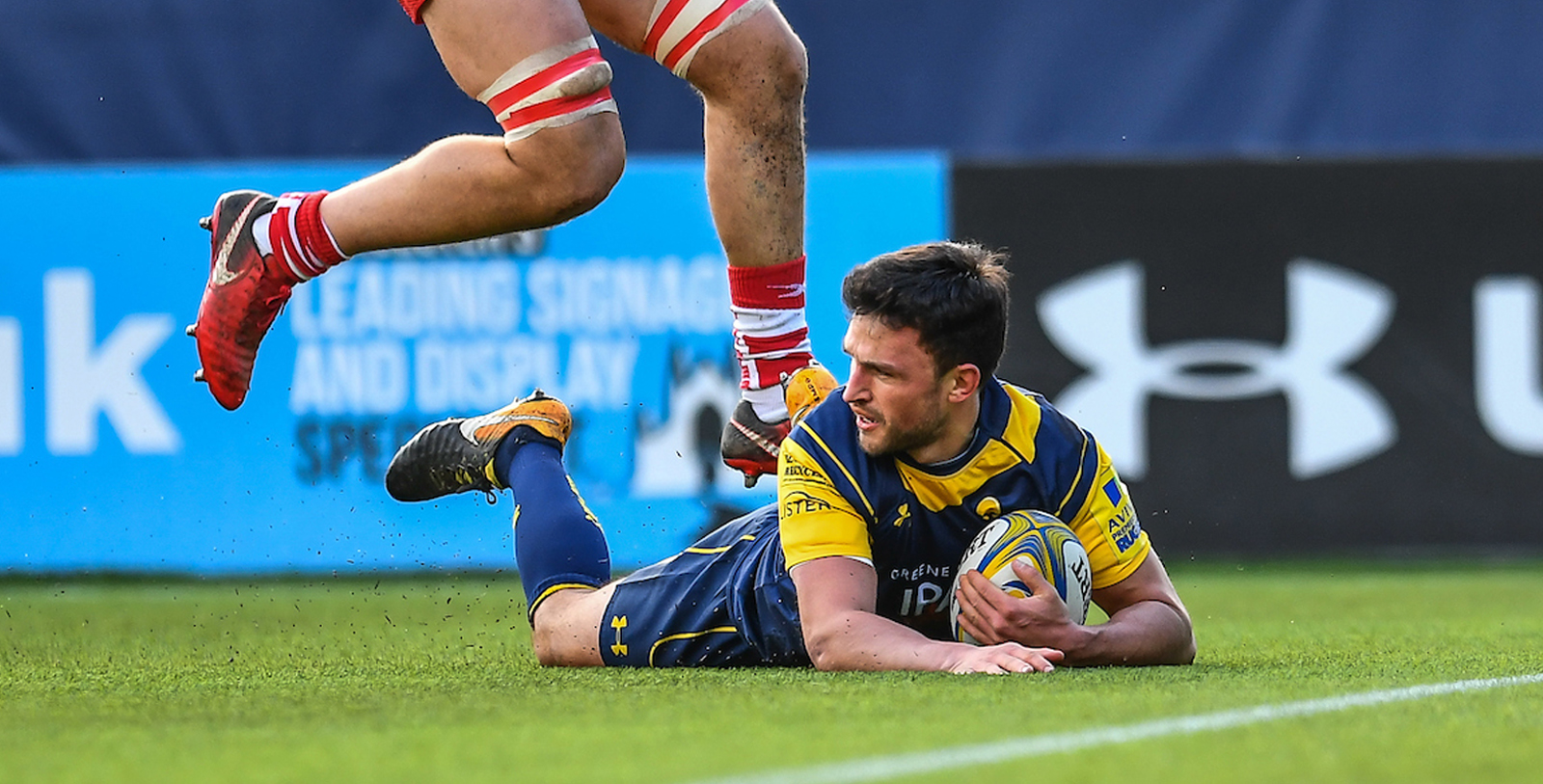 Warriors claimed another sensational Aviva Premiership victory after a frantic game against Gloucester Rugby at Sixways.

Matt Scott crossed the whitewash for Gloucester’s opener but Josh Adams, fresh from winning his first two caps for Wales, went over for a third before the 20-minute mark as Warriors raced to a 22-10 lead at the break.

Warriors then showed their defensive mettle by keeping Gloucester at bay for the rest of the second period and made the victory safe when Pennell added another penalty late on.

Warriors started well and took the lead inside the first five minutes courtesy of testimonial man Arr. Adams made good ground down the left before being halted in the 22. The ball was recycled to the quick-thinking Arr, who took advantage of a gap in the away defence to dive over to mark his first game since October with a try.

Gloucester barely ventured into the Warriors half in the opening ten minutes but got off the mark through a Billy Twelvetrees penalty.

Warriors were in the mood to attack and soon had their second try of the afternoon after a clever exchange between Chris Pennell and Bryce Heem down the right.

The ball was eventually worked to Shillcock, who sidestepped his man and bundled his way over. Pennell added the extras as Solomons’ side raced to a 14-3 lead.

The Cherry & Whites finally found their way into the game during a frantic opening, and had their first try of the afternoon as Scott picked up a loose ball and forced his way to the line, despite a knock-on in the build-up.

And the scoring continued with a fourth try before the halfway stage of the first-half after Gloucester were reduced to 14 men when Henry Trinder was sin-binned.

The hosts opted for the scrum from the resulting penalty and Ryan Mills eventually fizzed the ball out wide to find Adams in acres of space on the left, and the Wales international crossed for his tenth Aviva Premiership try of the season.

The matched continued at a lightning pace and Warriors looked the more dangerous of the two sides as the half wore on.

But Gloucester were defending well as they repelled the Warriors attack for the next 20 minutes until Pennell added his first penalty of the afternoon on the stroke of half-time as the sides turned around with Warriors 22-10 to the good.

Gloucester had started the afternoon in fourth place in the Aviva Premiership table and had no intention of going down without a fight.

And the visitors went over for the first score of the second period as Trinder finished from close range after a good move from the Gloucester backline.

Both sides made a string of changes as the match wore on and Warriors enjoyed the lion’s share of possession in front of a sold out Sixways.

But they had to wait till the 66th minute to add to their advantage as Pennell struck another well-executed penalty from the ten-metre line to nudge Warriors into a 25-15 lead.

The home side were then forced to defend for a prolonged spell as Gloucester heaped the pressure on for the final ten minutes. But Warriors held out as they claimed another valuable four points.