Warriors duo Ollie Lawrence and Lewis Holsey have been named in the 2018 England Under 18s squad.

The youngsters have both been part of the Warriors Under 18s set-up this season and Lawrence scored a try on his first-team debut in October’s Anglo-Welsh Cup clash with Sale Sharks.

Several of last season’s Under 18s squad have gone on to progress through the pathway and into the Under 20s set-up for the 2018 Six Nations, with Warriors duo Beck Cutting and James Scott named in England Under 20s’ 32-man Elite Player Squad for 2018.

England Under 18s will open their season against France at Stade Jean Rolland, in Digne-les-Bains on 3 March (kick-off 2pm GMT).

Fixtures against Scotland on 18 March at Stirling County RFC (kick-off 12pm) and Wales on 25 March at Sardis Road, Pontypridd (kick-off 4.15pm) then follow before the ‘Six Nations Festival’.

Based in Wales, England Under 18s will play Scotland at Ystrad Mynach (31 March), Italy at Cardiff Arms Park (4 April) and France at the same venue on 8 April. Kick-off times are to be confirmed.

An England regional academy Under 17s squad for 2018 has also been announced with camps in February and April, before a training fixture against Scotland on 22 April in Newcastle.

England Under 18s Head Coach John Fletcher said: “We’ve coached and assessed players in our pre-Christmas camps as well as watching the seven rounds of Under 18 academy games, and have come up with a group of exciting young players.

“Along with their regional academies we want to support them with their individual development and expose them to an international environment, which we will be doing over the next six games. Everyone will get an opportunity to play a significant role in the games.

“This is the start of their international journey and we want them to go out and have fun and express themselves.

“The CARDS (Creativity, Awareness, Resilience, Decision making and Self-organising) are the priority skills of the U18 programme.

“We feel they are the most important skills for this stage in their development so they will be the centre of everything we do on and off the pitch.

“It’s great to see so many of last year’s group involved with England Under 20s. However, there always needs to be an opportunity for those that are developing later to also be given a chance.” 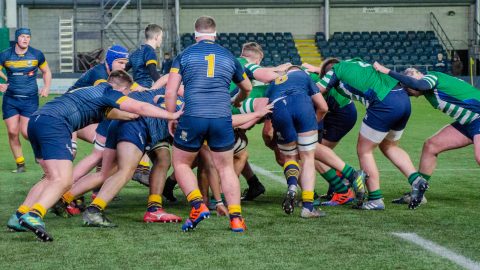