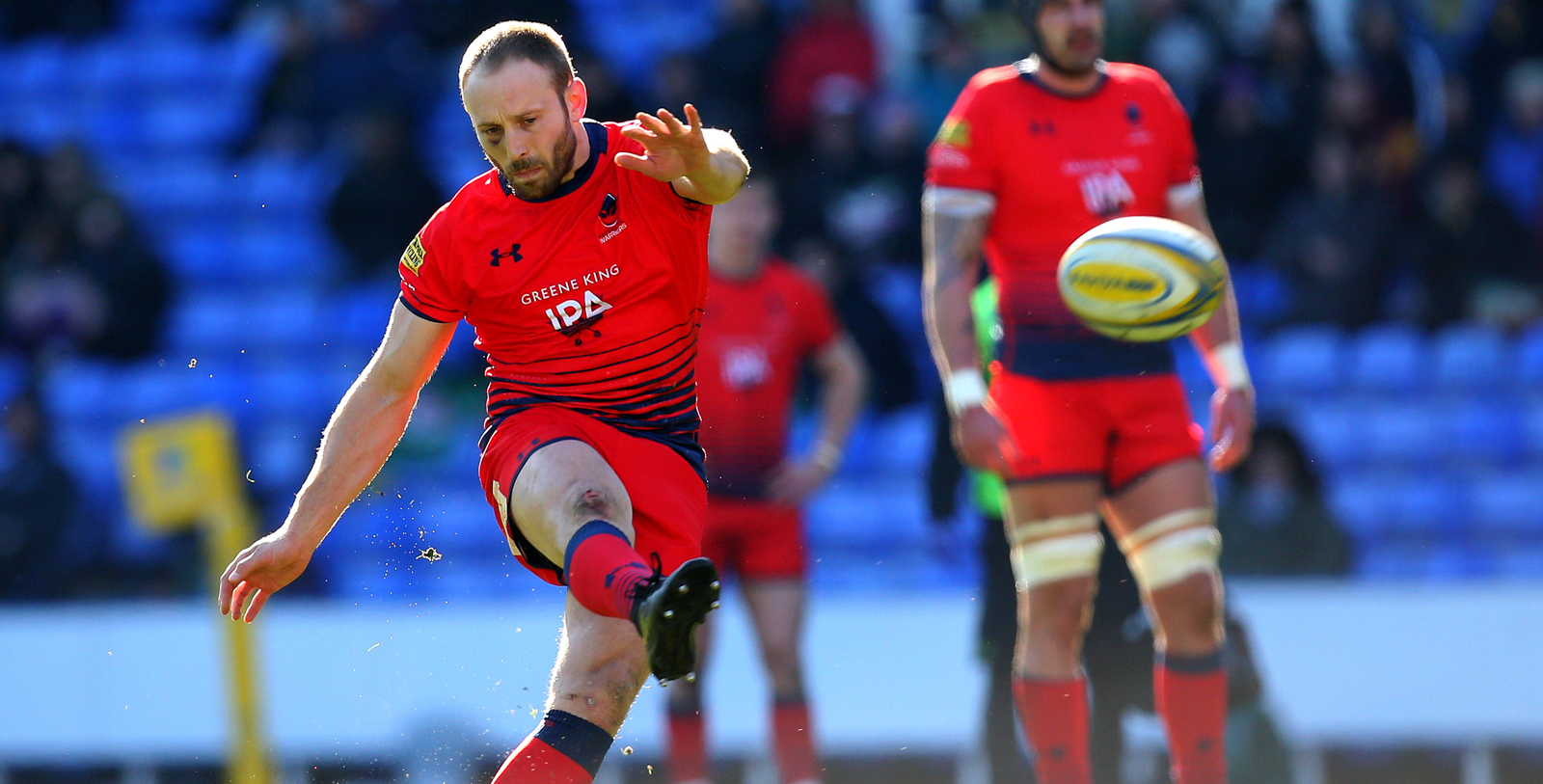 Warriors missed out on winning three games on the bounce as they slipped to a frustrating 22-9 defeat on Sunday afternoon at the hands of London Irish in Round 16 of the Aviva Premiership.

Despite an early Teofilo Paulo yellow card allowing Chris Pennell to open the scoring, Irish enjoyed most of the early exchanges as two Greig Tonks penalties gave them a slender lead.

Piet van Zyl then scored after chasing down his kick over the top for the game’s only try before Pennell landed another kick to make it 13-6 at the interval.

Tonks and Pennell exchanged kicks in the second period as Warriors stayed in the contest but Tonks landed two late penalties to secure the win and ensure Warriors went home empty-handed after a disappointing day in Reading.

It wasn’t an ideal start for Warriors, who lost Jackson Willison to a hand injury in the morning and then Jack Singleton in the warm-ups due to a back spasm.

But the visitors started well and early pressure saw them get on the scoreboard after Paulo was sin-binned for a no-arms tackle, allowing Pennell to knock over a penalty.

Despite the man disadvantage, Irish managed to create an opportunity after exploiting space down the left and Alex Lewington kicked over the top for Van Zyl to chase, however, Bryce Heem tracked back to haul the scrum-half down just short of the tryline.

The hosts soon won a penalty at the breakdown as they applied the pressure by the whitewash and Tonks gratefully levelled the scores.

Irish soon got back to their full quota and it was they who got the upper hand as Tonks knocked over another penalty following an infringement at the breakdown.

The hosts continued to enjoy the possession and they got their first try as the wiry Van Zyl chipped over the top before collecting the bouncing ball to dive over.

Irish were on the front foot but couldn’t make their territory count when camped by the Warriors five-metre line as the visitors constantly defended well to frustrate the hosts.

And when Alan Solomons’ side finally got some ball in the opposition half, Pennell added a penalty after Irish were pinged for offside.

After the interval, Bryce Heem went galloping down the right flank as Warriors looked to get back into the game but the hosts continued to ask questions before Tonks missed a shot at goal in the 50th minute.

However, he didn’t make the same mistake a couple of minutes later to extend his side’s lead to ten.

Warriors couldn’t seem to find the same rhythm they’ve had in recent weeks which has seen them beat Exeter Chiefs and Gloucester Rugby, as they moved into the 22 on several occasions, coming away with nothing.

But they eventually got some reward after the pack won a penalty, allowing Pennell to slot three points.

Both sides searched for a score but in an error-strewn match, both sides choked in the 22 and Tonks missed a chance to seal the win with ten minutes left.

But he got another shot just a couple of minutes later and made no mistake.

Warriors still chased a bonus point but were penalised twice in the Irish half at crucial times, and at the death, Tonks rubbed salt into wounds by booting over another penalty to send Warriors home without a point – and the gap at the bottom of the Premiership table reduced to 12 points.

Solomons will be hoping his side can bounce back at home to Leicester Tigers at Sixways next Sunday.