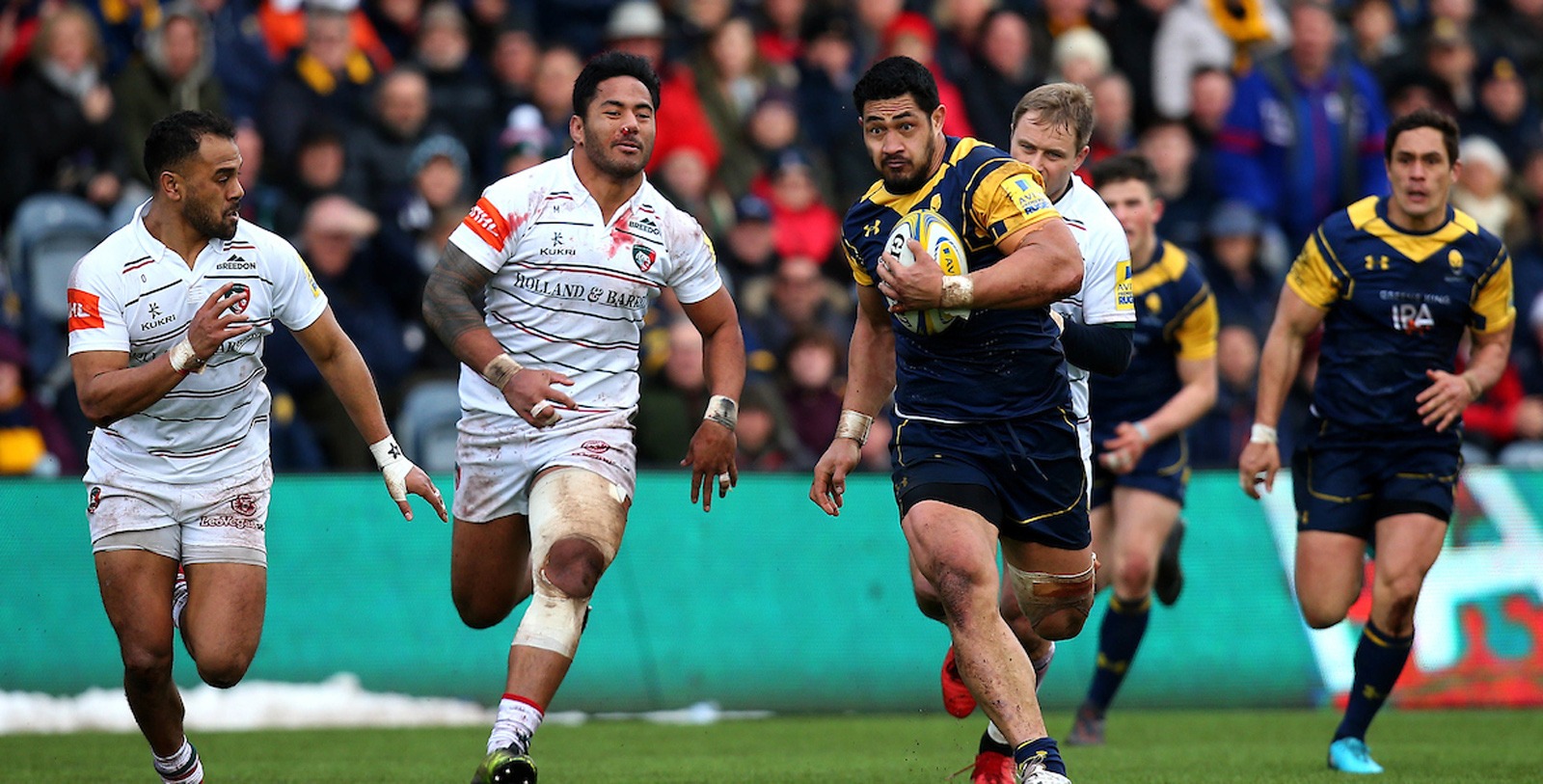 Warriors couldn’t make it back-to-back home wins as they went down 34-5 to a well-drilled Leicester Tigers side in the Aviva Premiership on Sunday.

The match was an even affair for much of the first-half as Jonah Holmes and Alafoti Faosiliva exchanged early tries, before Leicester prop Greg Bateman found space and raced away to help the visitors to a 12-5 lead at the interval.

Warriors looked for a way back into the game after the break but Leicester held firm and halted the hosts every time they tried to force an opening.

The game became more open as the match wore on and Leicester secured maximum points with a flurry of late tries as Manu Tuilagi crossed the whitewash in between a brace from Telusa Veainu.

Warriors Director of Rugby Alan Solomons made five changes to his side as Jackson Willison, Jonny Arr, Jack Singleton, Will Spencer and David Denton all came in.

The snow had all but cleared by kick-off following treacherous conditions in the days leading up to the match and Warriors started brightly as Arr soon found space in the Leicester defence and darted towards the 22 before being brought down.

Leicester were causing problems at the other end and, following good breaks from Veainu and Sam Harrison, the visitors took the lead after 14 minutes as Sione Kalamafoni teed up Holmes in the corner.

The hosts were undeterred by Leicester’s opener and searched for a try of their own as they kicked a series of penalties into touch.

Will Butler came on for his Premiership debut midway through the first-half after Ryan Mills was forced off and the hosts were soon level.

Warriors secured possession after kicking a penalty into touch and the forward pack pushed their counterparts backwards to allow Faosiliva to touch down.

Pennell saw his kick for extras cannon back off the posts, but the hosts were starting to enjoy the lion’s share of the ball.

Solomons’ men nearly went ahead as Willison intercepted a loose pass, but the centre couldn’t find the legs to make it to the tryline as he was halted just outside the 22.

And Warriors were punished just before the break as Bateman showed great hands to receive an offload and raced away to put the visitors in the lead once again as the sides turned around with Leicester 12-5 ahead.

The away side were looking to close the gap on the top four after winning their last two games and Toomua nudged Matt O’Connor’s men further ahead five minutes after the interval with his first penalty of the afternoon.

Faosiliva was enjoying a fine game for the hosts as he made break after break, and he soon had Warriors moving forward once again.

The hosts camped on the Leicester tryline as they searched for their second try, but they couldn’t find a way through as the visitors repelled their efforts and eventually cleared.

And Warriors had to contend with more bad luck as Luke Baldwin was stretchered off just minutes after coming on as a replacement.

Leicester were looking dangerous every time they went forward and, after a sustained spell of pressure, they claimed their third try of the afternoon.

Toomua was pulling the strings for the visitors and chipped the ball forward for Veainu to latch onto and touch down as Leicester went 20-5 ahead.

The visitors continued to push forward as they looked for a try bonus point and they ensured they returned to Welford Road with maximum points as Tuilagi touched down minutes before the end.

Leicester signed off by grabbing a fifth try with the last play of the game as Veainu picked up a loose ball from Warriors’ restart and raced away to score.