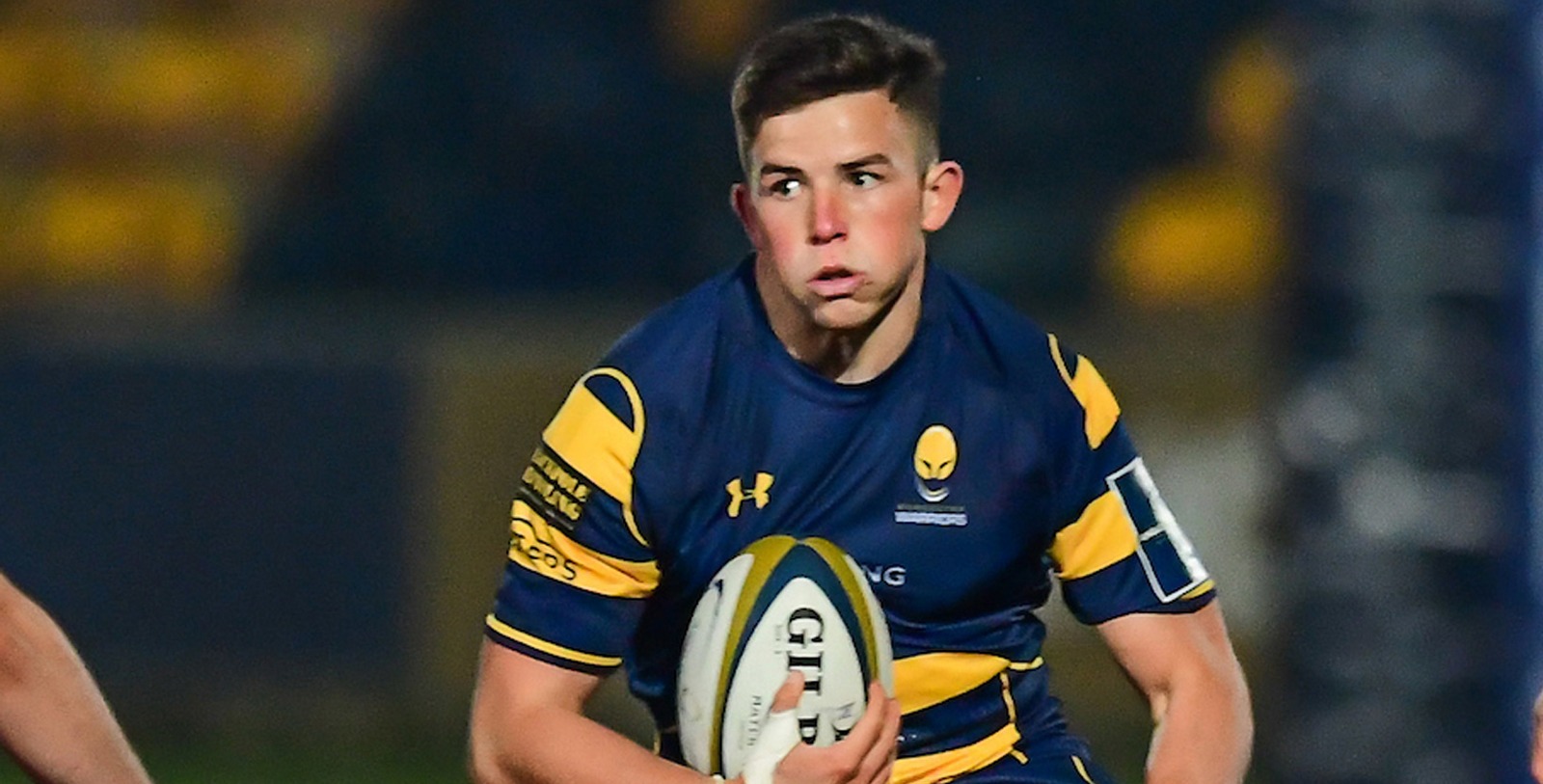 Worcester Cavaliers got their third win of the season as they claimed maximum points against Sale Jets at Heywood Road on Monday night.

Cavaliers came out firing and dominated the early exchanges, with Tom Dodd and Tom Howe scoring in the first quarter.

Sale got back into the match before the break through lock Matt Postlethwaite and continued to impress in the second-half as they took the lead for the first time courtesy of Charlie Pozniak.

But the Cavaliers were able to finish powerfully as Pierce Phillips and Beck Cutting added late tries to secure the win for Cavaliers.

The game started with a superb break from Dodd for the game’s opening try after two minutes after fly-half Sam Olver had slipped the number eight the ball just inside the Sale 22.

Cavaliers were on top for a long period in the opening quarter as Dean Hammond and Alex Hearle both making forays into Sale territory.

And the visitors added their second after executing a training ground lineout move to perfection with Hearle teeing-up Howe, who sprinted to the line for the score.

Sale had a strong spell of their own at the end of the first period and, after winning a number of scrum penalties on the five-metre line, the hosts got on the scoreboard as lock Postlethwaite powered over.

The try gave Sale extra impetus after the interval and they took the lead for the first time just before the hour-mark despite some good Cavaliers work in the scrum.

Cavaliers’ young forwards were able to turn Sale over but the Jets were awarded a penalty after a scuffle between the two teams and mauled over from the resulting lineout, with Pozniak grounding the ball.

The visitors refused to roll over though and looked to take their chances to turn the game on its head once again.

Nick David soon made a fantastic break before finding Alex Haselock, who was forced into touch. But Cavaliers retook the lead when Sam Hollingsworth slotted a penalty after 62 minutes.

Sale briefly nudged themselves in front once again with a penalty but Cavaliers found their stride in the final ten minutes.

David made another run into the opposition 22 before the forwards got to work in front of the posts to allow Phillips to twist his way over from close range.

And with the clock winding down the Cavaliers secured the try bonus point as they made huge ground from a driving lineout before Cutting slammed the ball down from close range.

Cavaliers face another tough away trip with a clash against Newcastle Falcons on Sunday 25 March (kick-off 5pm), before they return to Sixways to face Sale Jets on Monday 2 April (kick-off 7.30pm).