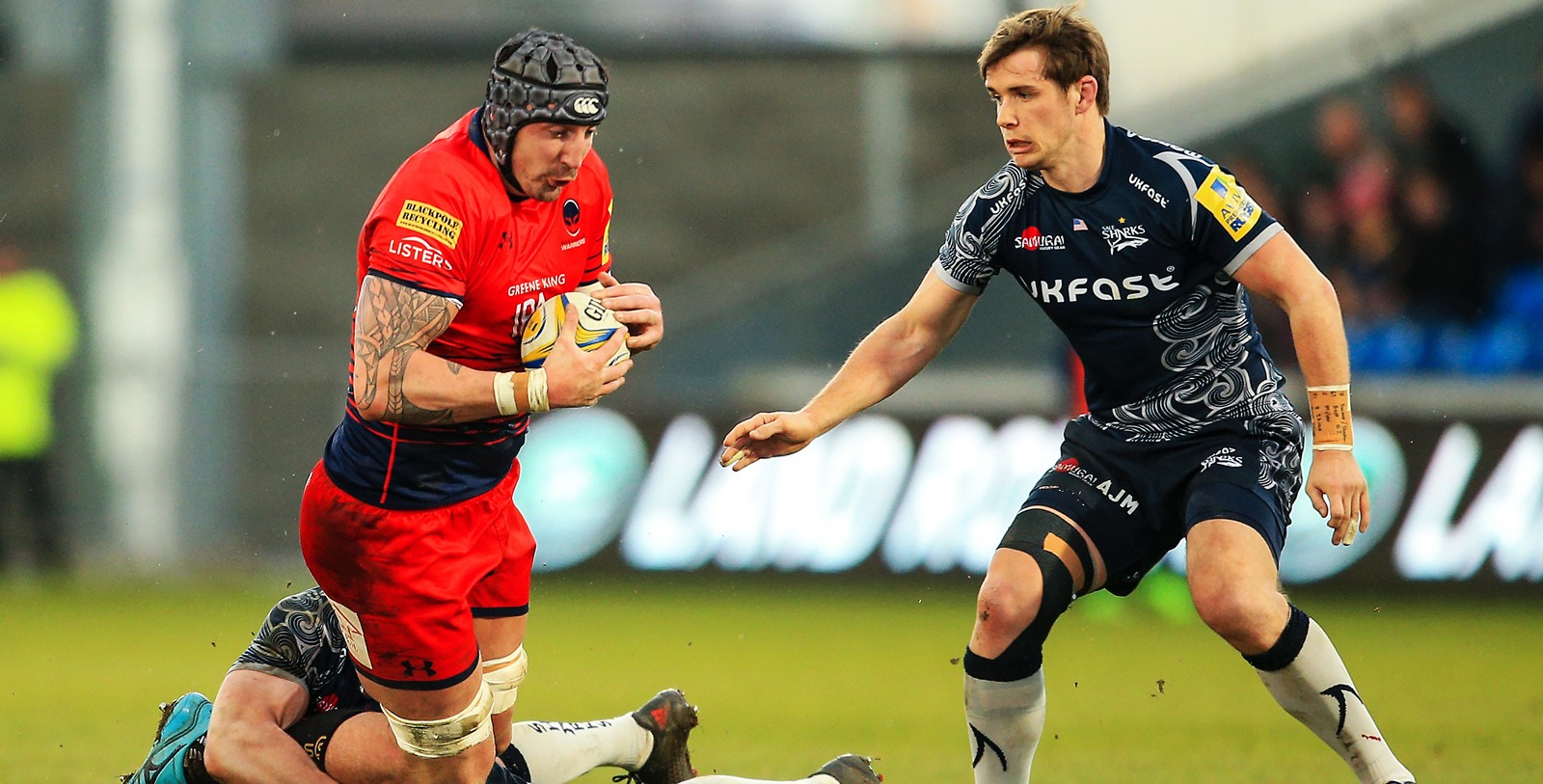 Sharks show too much bite in Greater Manchester

It was a day to forget for Warriors in Greater Manchester as Sale Sharks ran out 58-25 winners in Round 18 of the Aviva Premiership at the AJ Bell Stadium.

The hosts took a commanding 29-6 lead into the break with tries for Ben Curry, Faf de Klerk, Marland Yarde and Denny Solomona, as Warriors had just two Jamie Shillcock penalties to show for their efforts.

They responded after the break as Josh Adams sprinted over from 60 metres but Mike Haley, Josh Strauss and Byron McGuigan put the game beyond doubt before the hour-mark.

Adams grabbed his second try before James O’Connor got Sale’s eighth, and despite a score for Jackson Willison late on, Warriors couldn’t salvage a late try-bonus point on a disappointing day at the office.

Jonny Arr made his 200th Club appearance while Ben Te’o returned from NatWest 6 Nations duty with England but neither could do much from stopping the hosts taking an early lead as they exposed space down the left flank with Haley drawing in defenders before Bryn Evans sent Curry racing to the line to open the scoring.

Alan Solomons’ side then started to ask questions as they tried to punch holes in the Sale defence ten metres out, but after the ball was coughed up, Sale went almost the length of the field to score a fine counter-attacking try.

The ball was switched out to England man Yarde who raced up from his own five-metre line before finding support from Haley, and the full-back in turn had Springbok De Klerk on his shoulder who galloped the rest of the way for the score.

The hosts then extended their lead when AJ MacGinty helped himself to three points following his pack winning a penalty at scrum time, before Shillcock knocked over Warriors’ first points with a kick of his own.

However, Warriors were dealt another blow when Darren Barry was sin-binned but they weathered the resulting storm to win a penalty by their own line before clearing away.

Despite the man disadvantage, Worcester held onto the ball and soon reduced the deficit when Shillcock landed another well-struck penalty.

But when the hosts managed to get ball back in hand, they patiently went through phases before Yarde touched down out wide under pressure from the tackler.

And Sharks scored their bonus-point try just before the break when Strauss sent Solomona sprinting down the right flank to score.

Warriors went in 29-6 down at the interval, with a mountain to climb in the second-half if they were to come away with anything from Manchester, and they got the start they were hoping for when Adams intercepted De Klerk’s pass to run 60 metres to the line.

However, straight from the restart, Haley was allowed to ghost through for Sale’s fifth try.

The hosts continued to cause problems and after a driving maul in the corner and Solomona denied just short, Sale got their sixth try when Strauss dotted down.

Warriors didn’t lie down and kept asking questions in the Sale 22 but after dropping the ball, Sale managed to kick it up field and rapid replacement McGuigan galloped on to collect and score.

Solomons emptied the bench, including Academy lock Andrew Kitchener who made his first Premiership appearance since December 2016, as Warriors chased some tries and Alafoti Faosiliva’s break allowed Adams in for his second just after the hour.

De Klerk then landed a penalty as Sale hit the 50-point mark before O’Connor went over from close range.

Jackson Willison crossed for Warriors’ third try late on after Matt Cox and Faosiliva got close, and despite the visitors doing well to get all the way up field with time up on the clock, they went into touch out wide as the chance to salvage a try-bonus point went begging.

It was a day to forget for Warriors who will be hoping to get back on track against Newcastle Falcons on Saturday 7 April at Sixways.