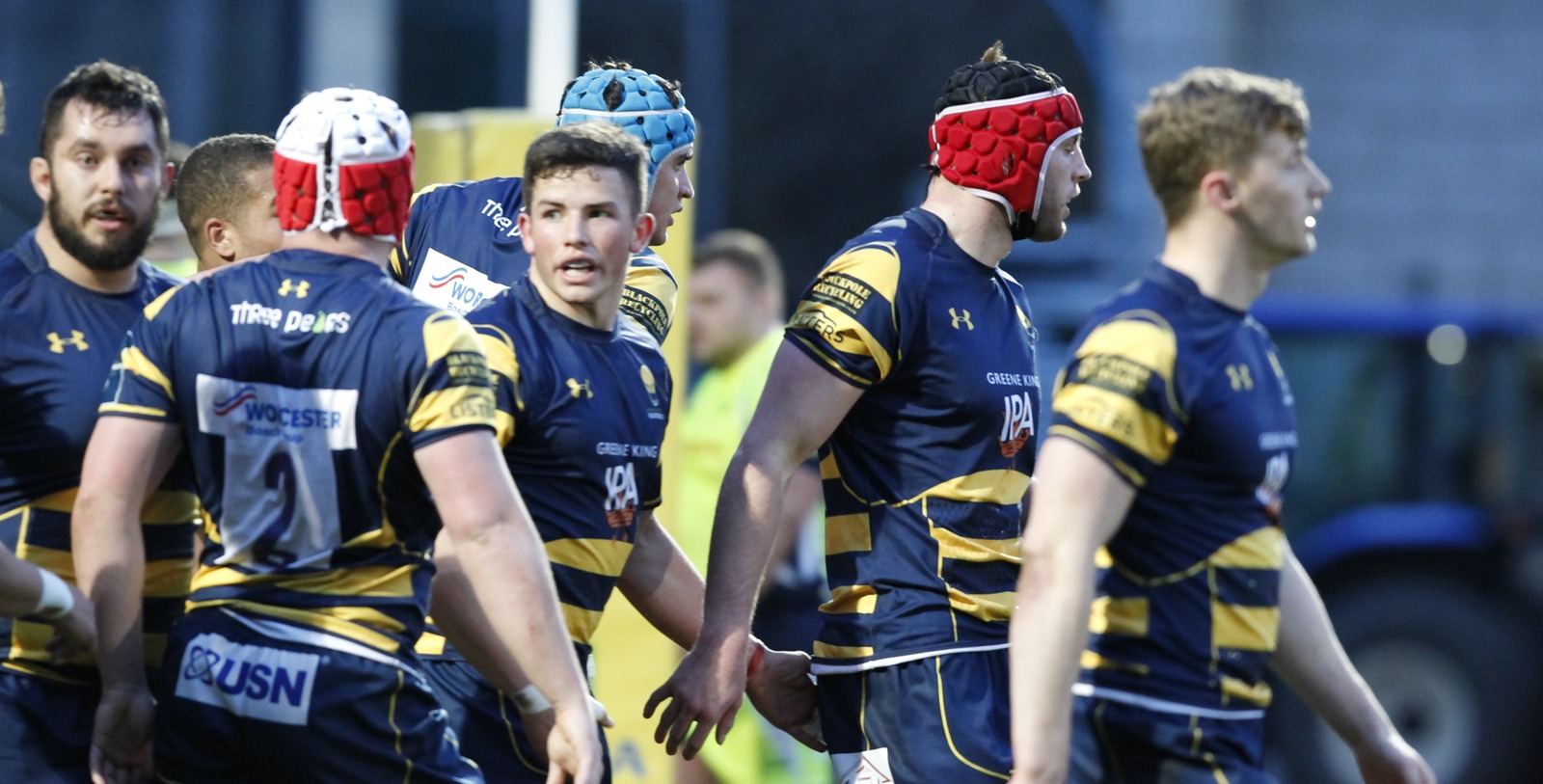 Eight-try showing from the Cavs sees off Sale

Worcester Cavaliers turned in a magnificent, eight-try performance as they swept aside Sale Jets in their final home Premiership Rugby A League game of the season.

A brace for captain Will Butler and a try for winger Alex Hearle meant the Cavs led 19-7 at the break despite Cameron Neild getting on the board for the visitors.

New Warriors signings Grayson Hart and Dorian Jones made their first appearances since moving to Sixways as they enjoyed a bright first half for the Cavaliers, headed up by Gordon Ross.

Neither side had many chances early on in the contest until Beck Cutting won the ball off the back of a Sale lineout and the Cavs’ backline sent Howe down the left before the winger’s chip-and-chase put pressure in behind the hosts.

The visitors didn’t clear their lines well from the resulting lineout and Howe made another surging run into the 22 before Jones’ testing crossfield kick caused more headaches for the visitors.

Despite being pegged back a few yards, the patient young Warriors switched the ball back to the right for captain Butler to show his power to fend off a man and touch down.

Jones landed a perfect kick from the touchline to settle some nerves before the hosts grabbed a second almost immediately.

Warriors and England Under 18 star Lawrence picked the perfect line before unselfishly setting up his captain Butler for his second score in as many minutes.

But just several minutes later the visitors got on the scoreboard as Neild went over after a powerful maul drove for the line.

It was raining tries as Cavaliers got their third after David’s piercing run through the middle allowed the hosts to ship it wide and winger Hearle finished brilliantly in the corner.

Howe and David were looking dangerous whenever they got ball in hand, opening up Sale but they couldn’t find a bonus-point score before the break.

Sale did get down to the 22 on another couple of occasions in the final few minutes of the half but the Cavaliers defended well to deny them and lead 19-7 at the halfway stage.

Early in the second-half, Charlie Pozniak found himself in the sin-bin for a deliberate knock-on and Worcester soon capitalised after a sublime bit of work from Lawrence, who beat his man before an offload out the back of his hand for Howe who paced in down the right.

Sale got a second try after Matt Sturgess’ break and link-up play with Wes Hamilton allowed Matt Postlethwaite to crash over.

But the ever-impressive centre Lawrence was part of another superb Cavaliers try, as the pack got the ball out to the backs and the young centre drew in the man before an out-the-back-of-the-hand offload for Butler to send Howe in for his second out wide.

And straight from the restart, Lawrence’s lightning break from near his own 22 to the away 10-metre got the crowd on their feet, and David was on hand to gallop the rest of the way for the hosts’ sixth try.

David was then at it at the other end of the field as he held up Hamilton over the line as Warriors denied Sale but the visitors did manage to squeeze over soon after when replacement Tom Burns burrowed over.

But Cavaliers got back up and at their opponents with Cox looking like a back as he burst through to the tryline from the 22 for a mesmerising try.

Hearle then intercepted Sale on the attack by the 22 and Andrew Durutalo soon broke through the middle and despite Sam Olver’s attempted kick in behind coming off a Sale boot, the ball fell kindly for Lawrence to get his well-deserved try as he blitzed down the right flank to dive over and complete the scoring.

The Cavaliers are back in action on Monday 9 April at Wasps in their final game of the season.