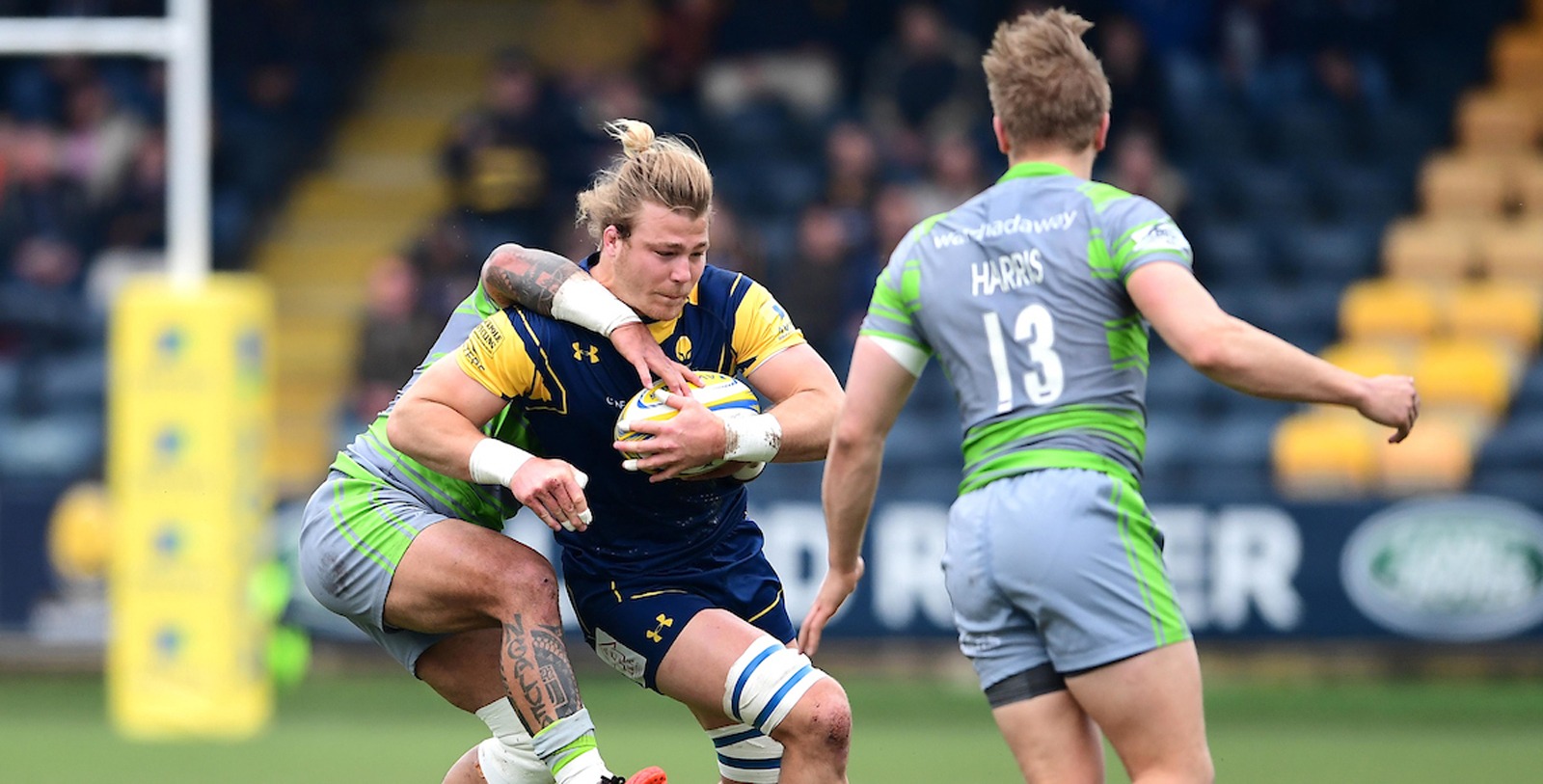 Warriors produced a sensational second-half comeback against Newcastle Falcons to rack up their sixth Aviva Premiership victory of the season at Sixways.

In a gritty first-half Chris Pennell and Toby Flood exchanged two penalties each before Vereniki Goneva crossed the whitewash to give the visitors a 13-6 lead at the break.

But the hosts came out firing after the interval and put in one of their best 40-minute performances of the season as they blew their play-off chasing rivals away.

The Sixways crowd had to wait till the 64th minute to see Warriors’ first try of the afternoon as David Denton finished well after good work from the forward pack.

The relentless Warriors continued to push forward to inflict even more damage on Newcastle and Nick Schonert saw off a string of visiting defenders to finish with prowess.

And the hosts made the victory safe minutes from the end as Denton crashed over for his second as Warriors moved within one point of tenth-placed Northampton Saints and nine points above bottom side London Irish.

Warriors Director of Rugby Alan Solomons made three changes to the side which travelled to Sale Sharks last time out as Pennell, Ryan Bower and Sam Lewis all came into the side.

The hosts started well and went ahead after three minutes as Pennell struck a penalty from just inside the Newcastle half.

Warriors were dominating the early exchanges as they looked to heap pressure on the Newcastle defence and were finding good territory thanks to their clever kicking game.

After a quick start, the game became an attritional affair as defences and set-piece dominated proceedings.

Flood struck two penalties in quick succession as Newcastle took the lead for the first time but Warriors continued to knock on the door as they looked for the opening try of the match.

With five minutes of the first-half remaining, the hosts found themselves camped on the Newcastle tryline. But they couldn’t find the penetration to cross the whitewash as they had to settle for three points from the boot of Pennell.

And Newcastle ensured they went into the interval with a lead as Goneva found space to cross the whitewash before Flood converted as the sides turned around with the visitors leading 13-6.

Warriors went on the offensive at the start of the second period and were inches away from grabbing a try as Pennell made ground towards the tryline. But the full-back couldn’t ground the ball as he was tackled just before the line.

The home side continued to battle as they looked to turn the game on its head. And they were finally rewarded when Denton touched down after his side had won a five-metres scrum.

Dorian Jones, who had come on for his Warriors debut moments earlier, added the conversion to draw the sides level at 13-13.

And Warriors raced into an enthralling lead minutes later as Schonert showed the finishing skills of a winger to dot down despite the attentions of an array of Newcastle defenders.

Jones converted from the tightest of angles as the hosts stormed into a 20-13 lead with 12 minutes remaining.

Still Warriors attacked as they looked to make the game safe and Spencer went close as the visitors defended for their lives.

And Denton put the game safe as he forced his way over with brute force for his second try with four minutes remaining.

Jones added the extras once again as Warriors secured an invaluable victory in front of a delighted home crowd.