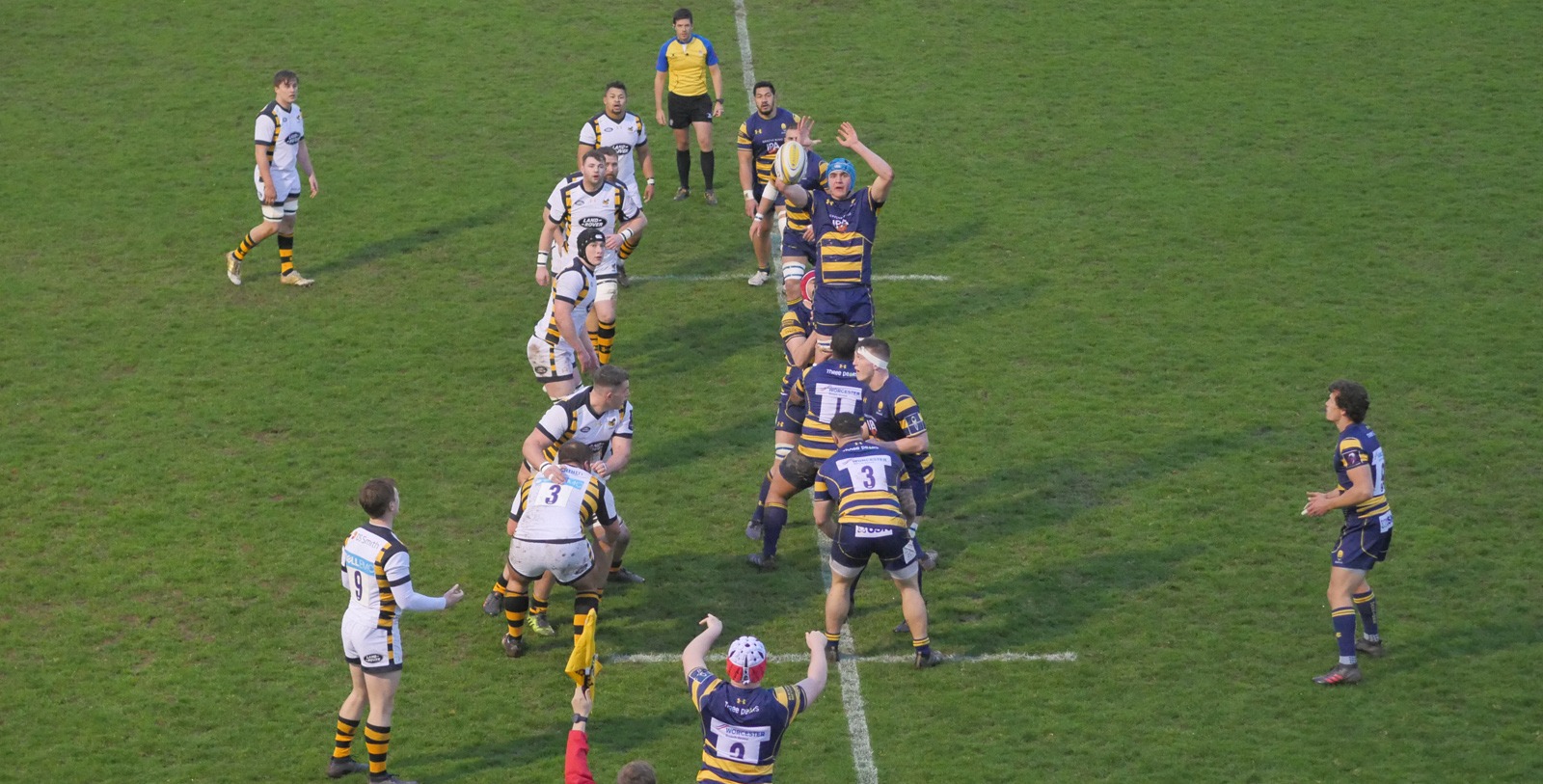 Worcester Cavaliers produced another sensational eight-try showing as they ended their Premiership Rugby A League season with an emphatic win over Midlands rivals Wasps at Ivor Preece Field.

The visitors went in 21-12 ahead at the break thanks to scores for Ted Hill, Tom Howe and James Scott despite Dan Moor and TJ Harris crossing the whitewash for the hosts.

But Worcester hit top gear in the second-half as they ran in five more tries courtesy of Matt Cox, Grayson Hart, Matti Williams, Will Butler and Andrew Durutalo, to secure the win on a freezing, wet April night in Coventry.

Cavaliers played the conditions well early on and got the opening score after Beck Cutting’s run opened up space and Hill breezed over after the visitors recycled.

And Gordon Ross’ men soon had a second try when Tom Dodd’s powerful surge through the middle opened up Wasps once again and despite Hart and Cox carrying close to the line, Sam Olver delivered a perfect crossfield kick for Howe to dot down against his former employers.

Wasps then hit back through Moor who raced in from 40 metres after good link-up play with Alex Goble and Owain James.

Cavaliers looked dangerous every time they earned good field position and they bagged a third try when big lock Scott ran a superb line to finish from the 22.

Olver landed another conversion to make it 21-5 but the hosts were back up and at the Cavs with a powerful maul crashing over the line, as Harris came up with the ball.

The visitors led 21-12 at the break and got the perfect start in the second period like they did in the first, as Cox twisted and turned his way over following pressure five metres out.

Wasps’ Paul Hamber was yellow-carded for a late tackle and that soon paved the way for scrum-half Hart to squeeze over before Warriors knocked on the door again and Williams scored after a huge overlap.

Butler then darted through from the 10-metre, stepping the last man to score under the posts for Worcester’s seventh try before USA international Durutalo battered his way over after going blindside from a five-metre scrum.

Olver and Tom Heathcote – the latter returning after a seven-month injury lay-off – landed all eight conversions between them to cap a perfect night for the young Cavs who certainly finished their campaign off in style.