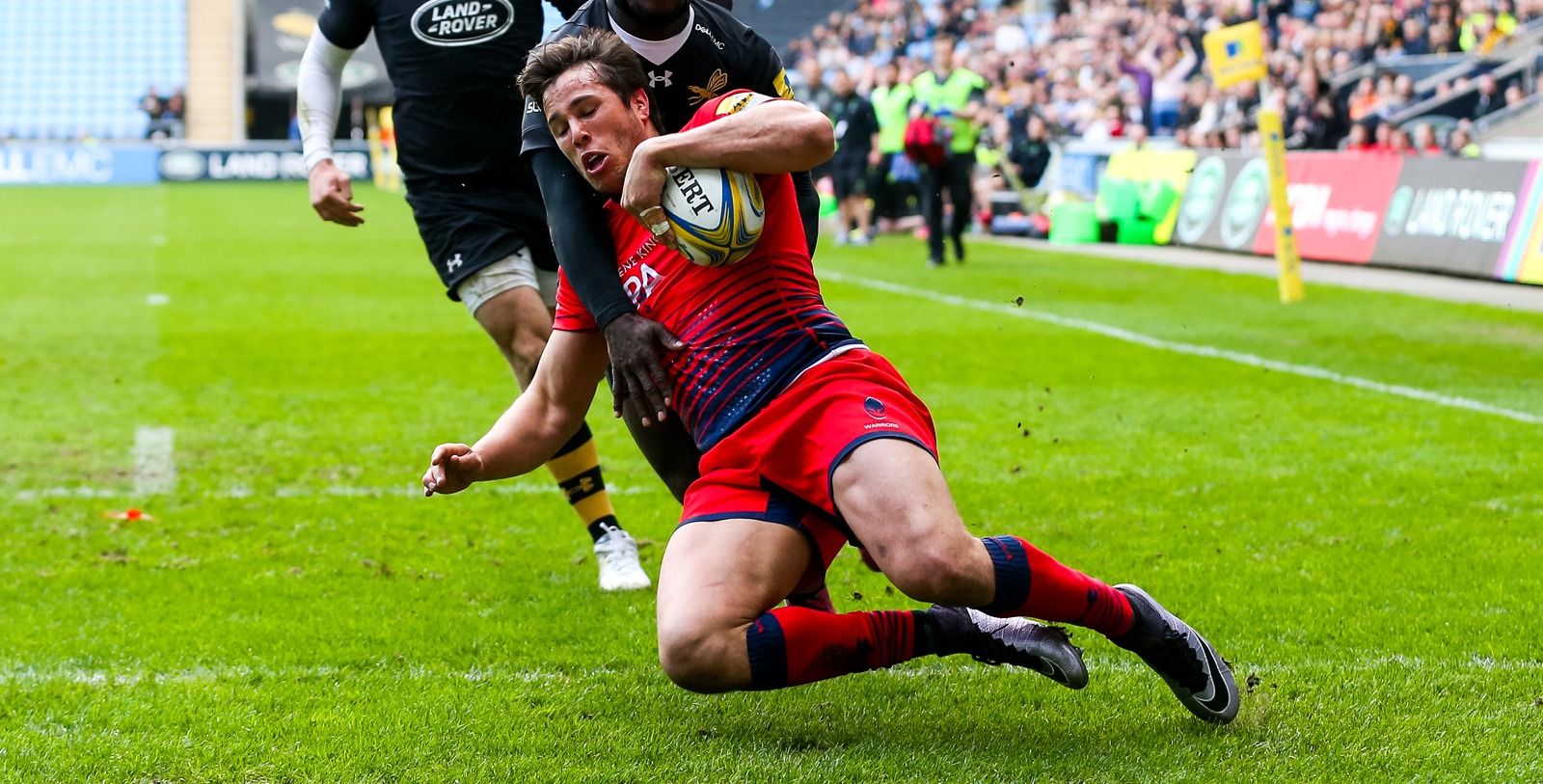 It was a case of missed opportunities as Warriors finished on the wrong end of a 30-15 scoreline in their Midlands derby with Wasps at the Ricoh Arena on Saturday.

In a clinical first-half display, tries for Christian Wade (2) and Joe Launchbury, alongside two Jimmy Gopperth penalties, had the hosts in the ascendancy despite Dorian Jones having got Warriors on the board.

Alan Solomons’ side looked for a way back into the game in the second period but an interception try from Josh Bassett put the tie to bed.

Dean Hammond and Josh Adams went over for consolation scores at the death but Warriors were forced to go home empty-handed on a frustrating day in Coventry.

In a balanced start, it was the hosts who got the first points on the board as they switched the ball wide to the rapid Wade and he wasn’t going to miss his chance from 15 metres out, racing to the corner.

Both sides kicked for territory in an evenly-contested first quarter but the hosts began to up the tempo after breaking from their half to the Warriors 22 and winning a penalty.

And from the resulting attack, Wasps pushed and prodded before winning a penalty in front of the posts for Gopperth to tap over.

But Warriors soon had their best chance of the half as they broke into the 22 after a series of carries and Heem was yanked into touch just short of the whitewash. However, the ref brought play back for a penalty and Jones opened the visitors’ account from the tee.

Wasps then showed their clinical finishing as they won a scrum by the 22, battering through a series of phases before England man Launchbury buried his way over the line.

And the home side helped themselves to another just a couple of minutes later as Willie le Roux’s break allowed Wade to run free down the right for his second try.

Warriors soon had the away fans on their feet as they broke from close to their own line over halfway – but the ball was intercepted at a crucial stage and Wasps diverted the pressure onto their opponents.

That pressure soon resulted in a straightforward penalty for Gopperth to knock over to take his team in 23-3 up at the break.

A yellow card early in the second period for Jack Willis allowed Warriors an opportunity to try and get back into the contest, after the flanker put in a dangerous tackle on Chris Pennell who landed on his neck.

Warriors managed to get to the corner and sensed their first try but despite a number of carries and David Denton stretching for the whitewash, Wasps managed to turn it over on the line and dealt with the danger.

Solomons’ side searched for a way back but made a series of knock-ons in their opponents’ half and thought they’d been punished when Guy Thompson dotted down out wide after a spell of pressure from the hosts with 15 minutes to go.

But after review from the referee, the try was disallowed as Gopperth was yellow-carded for taking out the man in the air in the build-up to the score, and Warriors were soon up against 14 men again.

However, hopes of a late losing-bonus point were soon wiped out when Bassett intercepted and raced to the line for the hosts’ try-bonus point.

Warriors didn’t roll over though, and Hammond went over after being teed up by Kurt Haupt before the latter’s break helped pave the way for a second try as Adams went over in the last play of the match.

A big game awaits Warriors next time out as they host Harlequins at Sixways on Saturday 28 April.