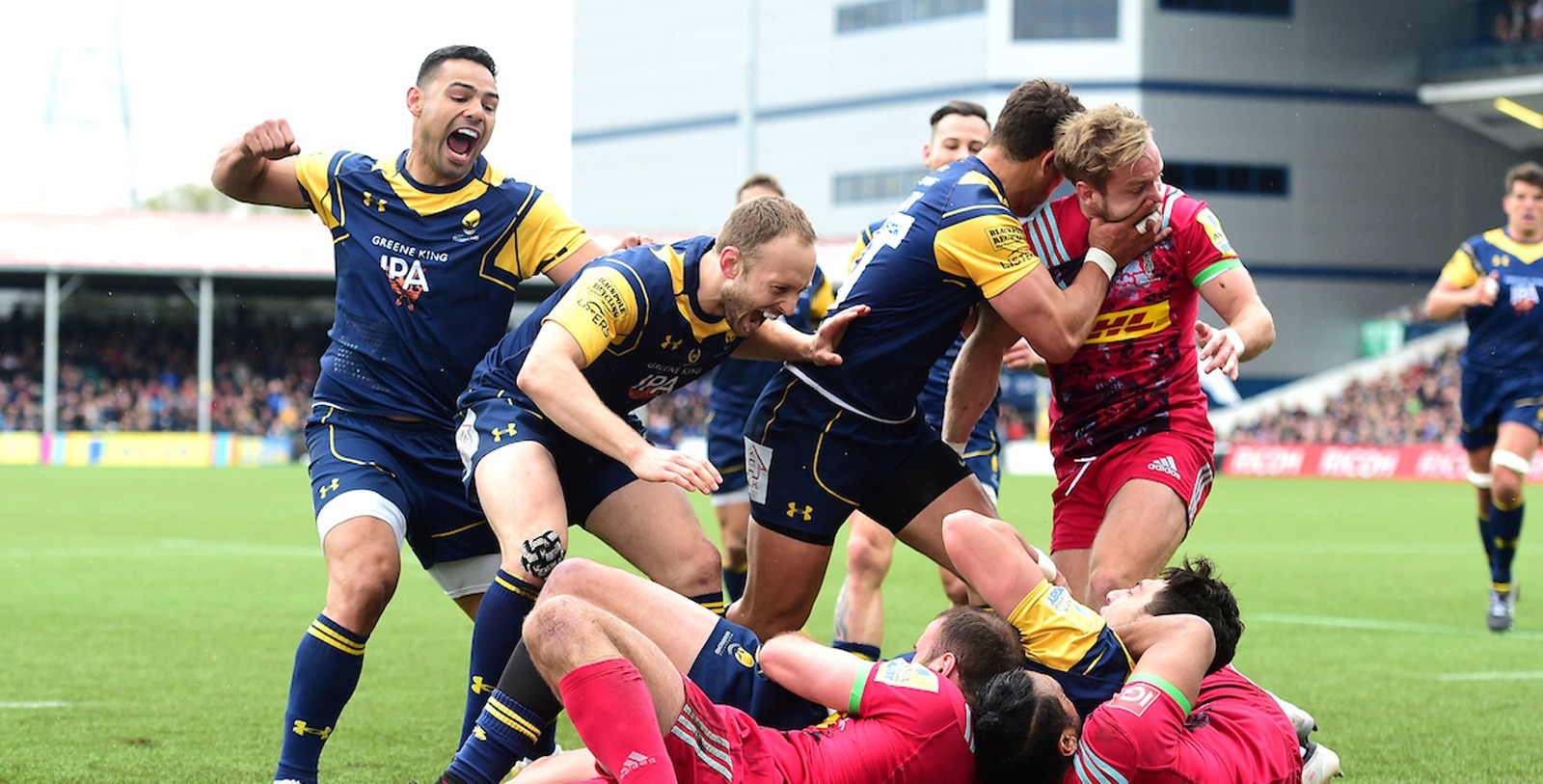 Warriors secured their Aviva Premiership status in front of a packed Sixways as they racked up seven tries to claim maximum points against Harlequins.

But the hosts pulled away as Jackson Willison, Darren Barry and Ben Te’o all crossed the whitewash to give their side a try bonus point and a 25-13 lead at the break.

Warriors picked up from where they left off after the interval as Francois Hougaard skipped through the Harlequins defence to touch down before the tempo calmed as Warriors controlled the game.

Jamie Shillcock broke through for his side’s sixth try midway through the second period, before Willison crossed for his second try moments before the end to cap a memorable day at Sixways.

The match carried huge significance for two players as captain Donncha O’Callaghan lined up for his final game in professional rugby, while Chris Pennell ran out for his 200th game for the Club.

And the hosts took the lead after just two minutes as Dorian Jones struck a routine penalty to open the scoring.

Harlequins levelled through a Marcus Smith penalty but Warriors were in the mood to attack and were looking dangerous going forward.

And the Sixways crowd were soon treated to their first try of the afternoon as Heem showed his finishing prowess to dodge a string of defenders and dance his way to the tryline after the ball had been shifted across the backline.

Harlequins didn’t have to wait long till they were level once again as Walker illustrated his own wizardry to race into the Warriors 22 and use his exceptional footwork to carve his way to the line. Smith added the extras as the visitors took the lead for the first time in the match.

The encounter was turning into an entertaining and open one, and the lead soon exchanged hands once again as Willison bundled his way over in the corner to put Warriors 13-10 to the good.

Harlequins were then fortunate not to be punished when Kyle Sinckler appeared to strike out at GJ van Velze. But John Kingston’s men were reduced to 14 men moments later when Danny Care pushed Hougaard to the ground from behind as the Warriors scrum-half looked certain to pick up a loose ball and dot down.

Josh Adams was inches away from grounding the ball before play came to an end – but Warriors’ one man-advantage gave them a huge shot in the arm.

Within seconds the hosts had crossed for a third try as Barry smashed his way over the tryline from close range. Jones converted to give Warriors a ten-point lead at 20-10.

Smith kept the scoreboard ticking over for the visitors with his second penalty of the afternoon but Warriors claimed a try bonus point six minutes before the break as Pennell teed up Te’o, who ran in unopposed.

The try gave Solomons’ men the point they needed to guarantee their place in the Aviva Premiership and it was no less than the side deserved after a sensational first-half of rugby.

Warriors continued to build on their fine form after the interval and soon had their fifth try of as Hougaard found space in the Harlequins defence and raced to the tryline to put the home side 30-13 up.

The home defence was showing its mettle as well at the other end and had the Sixways crowd on its feet once again as Warriors turned the ball over on their own tryline as Harlequins looked certain to cross the whitewash.

Warriors were battling hard to retain their lead against a side littered with internationals and they were managing the game well by reducing the speed as the second-half wore on.

But Warriors weren’t finished there and went over for their sixth try of the day as Shillcock darted through the centre and dived over the line. The young fly-half converted his own effort as the home side found themselves 37-13 ahead.

And Willison put the icing on the cake with his second try and Warriors’ seventh try at the death as the home crowd celebrated a remarkable final day of the Sixways season.