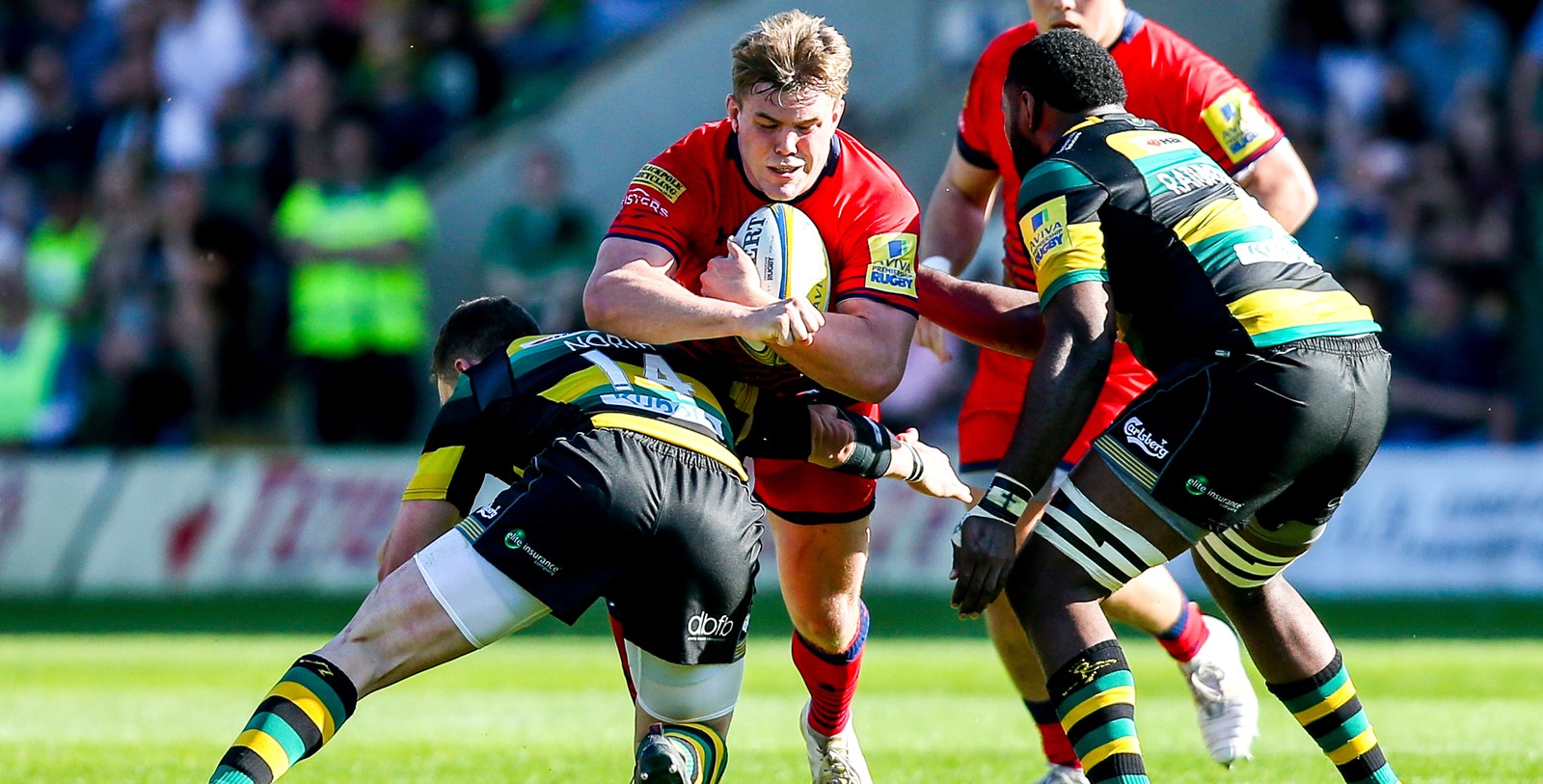 Warriors’ 2017/18 season finished with an agonising 32-24 defeat at Franklin’s Gardens as Northampton Saints proved too hot to handle on a sweltering final day of the season.

An early Ben Foden yellow card allowed Academy centre Will Butler to cross for two tries on a sensational first Premiership rugby start before Foden scored in his final appearance for the club to get them back into the contest.

James Grayson had them within four points at the break after slotting a penalty but Ben Te’o’s try after the interval had Warriors back in the hotseat at 21-10.

However, the hosts stepped up a gear with three quick scores from Nafi Tuitavake, Foden and Tom Collins as they took a 29-24 lead into the final quarter.

Warriors gave their all as they chased a highest finish in the table since 2005/06 but a late Stephen Myler penalty put the tie to bed and left Alan Solomons’ troops empty-handed after a hard-fought display.

Foden’s early yellow card wasn’t in the home side’s script as he illegally took down GJ van Velze as Warriors came close to the tryline within the first two minutes.

The hosts weathered the resulting storm but it wasn’t long till Warriors took advantage with their extra man, as Sam Lewis broke the defence before sending Perry Humphreys racing away and he had young Butler in support to gallop over the line.

And Butler bagged his second just a few minutes later when Warriors swept forward once again before Dorian Jones’ neat kick in behind was chased down by the Academy centre.

Northampton were on the backfoot as Warriors enjoyed more chances with Jones and Humphreys causing problems in the 22 on separate occasions, but Saints got their first points on the board when Foden crashed over from close range after the hosts made the most of some good field position.

Warriors were dealt a massive blow just before the half-hour mark when both the impressive Butler and Francois Hougaard had to leave the field through injuries.

Saints then enjoyed the possession and territory for the remainder of the half but Warriors’ defence held firm to deny them on two occasions before a James Grayson penalty before the break made it a four-point game.

Warriors started the second-half as they did the first, as Josh Adams’ kick in behind fell kindly for Tom Howe who had Te’o in support to stroll over.

But the hosts soon hit back as Tuitavake ran a slick line under the posts before Foden exposed space out wide to give his team the lead for the first time on the day.

The intensely physical contest in the sun continued as Warriors went straight up the other end to win a penalty which was dispatched by Jones as they edged ahead 24-22.

The end-to-end action ensued as Warriors looked to kick away from their 22 but the ball fell into Saints hands and they made the most of some space down the left flank where Collins sprinted over to put them back ahead.

As the sun pounded down on Franklin’s Gardens, Warriors gave it their all late on in search of a famous win but they couldn’t find an extra gear and despite Harlequins being beaten 41-17 by Exeter Chiefs, a very late kick from Stephen Myler meant Warriors were denied a losing-bonus point and finished the season in 11th place.

Josh Adams was yellow-carded for being offside in the lead-up to the penalty on what was a blot on his copybook for an otherwise brilliant season, but his stunning campaign saw him finish as the Premiership’s joint-top tryscorer with 13 tries – and also with a Warriors record of the most tries in a Premiership season.