Four Warriors have been named in the England Under 20s squad for this summer’s World Rugby Under 20 Championship in France.

Forwards Ted Hill, James Scott and Beck Cutting are included as part of Head Coach Steve Bates’ 28-man squad, while back Will Butler has also been selected.

England meet Argentina in Narbonne on the opening day of the tournament (May 30, kick-off 5.30pm BST), before facing Italy in Perpignan (June 3, kick-off 3.30pm BST) and Scotland at Beziers’ Stade de la Méditerranée (June 7, kick-off 8pm BST) in Pool B.

Narbonne and Perpignan will host the semi-finals and ranking play-offs on June 12, with Beziers hosting all finals day matches on June 17 across two pitches.

England Under 20s have reached the final in five consecutive years, winning the tournament in 2013, 2014 and 2016, and have reached eight out of ten finals since 2008.

The Under 20s are led by Bates, with support from Anthony Allen (backs), Richard Blaze (forwards), James Ponton (defence) as part of the coach development agreement between the RFU and PRL.

Bates said: “Selection has been incredibly difficult as there were a lot of players to choose from and in some positions it’s been a really tight call.

“We saw real glimpses of what this team is capable of during the Six Nations and I was proud of the way they performed.

“The challenge for us now is to consistently play high-intensity, high-tempo rugby and to turn up the heat on our opposition for the full 80 minutes.

“The World Rugby Under 20 Championship is a fantastic tournament and for some this will be the pinnacle of their international careers.

“Some will go on to be very good professionals but not all will play international rugby again so they should look at this as a fantastic opportunity to play on the world stage and showcase their ability while representing England.

“The message going into this tournament is we are expecting much more of the players as individuals and a team and, although we have a proud history in this tournament, we want to leave our own legacy.”

Will Owen called up by England Under-18s 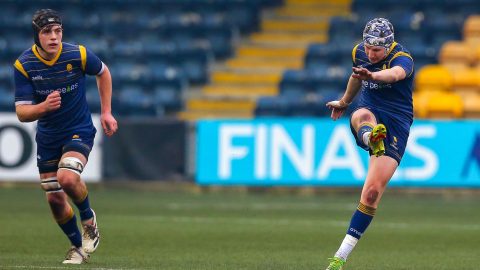