Nineteen clubs with as many as 12 European titles between them have been confirmed for what promises to be a highly-competitive 2018/19 Challenge Cup tournament.

Former winners such as Harlequins, Northampton Saints, Sale Sharks, ASM Clermont Auvergne, Stade Français Paris and Pau will feature when the Pool Draws for next season’s Champions Cup and Challenge Cup are made on 20 June in Lausanne as the first steps on the road to the 2019 Newcastle finals are mapped out.

Some clubs approach the Challenge Cup as a possible route to qualification for the Champions Cup – widely recognised as The One to Win in club rugby – while others avail of the platform to rub shoulders with the heavyweights and to showcase their progression.

Russia’s Enisei-STM have booked a place once again after retaining their Continental Shield title. However Heidelberger RK, who were losing Continental Shield finalists in Bilbao, are ineligible to compete in next season’s Challenge Cup following a decision by EPCR.

On the basis that Dr Hans-Peter Wild, who is the majority shareholder of Stade Français Paris and the primary financial backer of Heidelberger RK, would be in a position to influence or to control the management or performance of two clubs in the same competition, EPCR decided that the German club could not participate. A replacement club will be announced shortly.

The Challenge Cup has enjoyed a recent surge in engagement with the past three seasons returning the highest average attendances in the tournament’s history.

Two clubs who were already qualified for the Champions Cup played out a thrilling final at Bilbao’s San Mamés Stadium with Cardiff Blues edging out Gloucester Rugby 31-30 in front of 32,543 spectators, the second-highest attendance for a Challenge Cup decider. 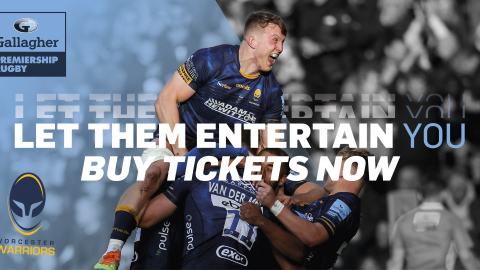