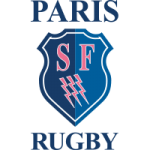 Warriors made a stunning start to the European Challenge Cup campaign with a brilliant bonus point win at the Stade Jean Bouin on Saturday night.

Warriors may have rested the entire starting XV that beat Bristol Bears last week but it was accredit to those who took their places that there was no decrease in intensity or passion against a side currently second in France’s Top 14 competition.

Two first half tries from wing Tom Howe laid the foundations for Warriors’ win but youngsters Ollie Lawrence and Ted Hill made their presence felt with significant physical contributions.

Once again Warriors turned pressure into points to record their first win in France in ten years and only their fourth in all on French soil. The also racked up their highest score in France, beating the 31 they scored in Montpellier in the 2005/06 campaign.

Although Jules Plisson gave Stade an early lead when pressure from the kick-off allowed the France international fly-half to land a penalty, Warriors soon regrouped.

Just as they did against Bristol, Warriors built the pressure and turned it into points. Scrum-half Michael Heaney featured prominently in the build-up and linked with Andrew Kitchener, Pierce Phillips and Ted Hill before Matt Cox went over for the try which captain Jono Lance improved.

Stade responded with a well-worked try when they found space down the right and full-back Kylan Hamdaoui went over with Plisson landing the conversion.

But Lance levelled with a well-struck penalty after 24 minutes and Warriors followed up with Howe’s first try when he arrived in support of a forward surge and dotted down from close range.

Lance added the conversion and Plisson pulled back three points with a 38th minute penalty having earlier struck a post with a more difficult kick.

But Warriors silenced the home fans on the stroke of half-time when they launched a stunning counter-attack after Stade turned over possession in their own half.

Man of the match Ollie Lawrence made the initial break and his deft pass to Howe left the wing with space to sprint over for his second try.

Lance added the conversion from a difficult angle to open up an 11 points lead at the break which forced Stade to bring on reinforcements at the interval.

Outstanding defence from Warriors at the start of the second half drew the sting from Stade. Having soaked up pressure they made the most of their own scoring opportunities.

Dean Hammond was denied a try when Hamdaoui got back to cover Lawrence’s kick through but it was a shortlived reprieve for Stade.

Lawrence again proved the catalyst for the bonus point try when he again broke a tackle, Heaney provided the link and Ted Hill had the strength to reach the line for his fourth try of the season.

Lance added the conversion and Warriors nearly scored again on 57 minutes when their tenacious defence again frustrated Stade who turned over possession close to the line.

Instead of taking the safe option, Warriors almost exploited an overlap when Howe gathered a perfectly-weighted chip out of defence and gathered only to be hauled down by the cover defence.

Stade hit back with a close range try from replacement hooker Laurent Panis which Morne Steyn converted but Cox almost went over for his second try of the night when he pounced on a loose ball only to lose it in contact as he went over the line.

Warriors were not to be denied and superb interplay between Lance and Hill, who changed the angle of attack, set up Jamie Shillcock for a try within three minutes of coming on as a replacement for his first appearance of the season.

Stade scored a third try when Piet van Zyl went over six minutes from time and Steyn converted but Warriors denied them a bonus point in a frenetic finale.

The one blemish on Warriors’ win was the early departure of centre Ashley Beck who was taken off on a stretcher after just three minutes.