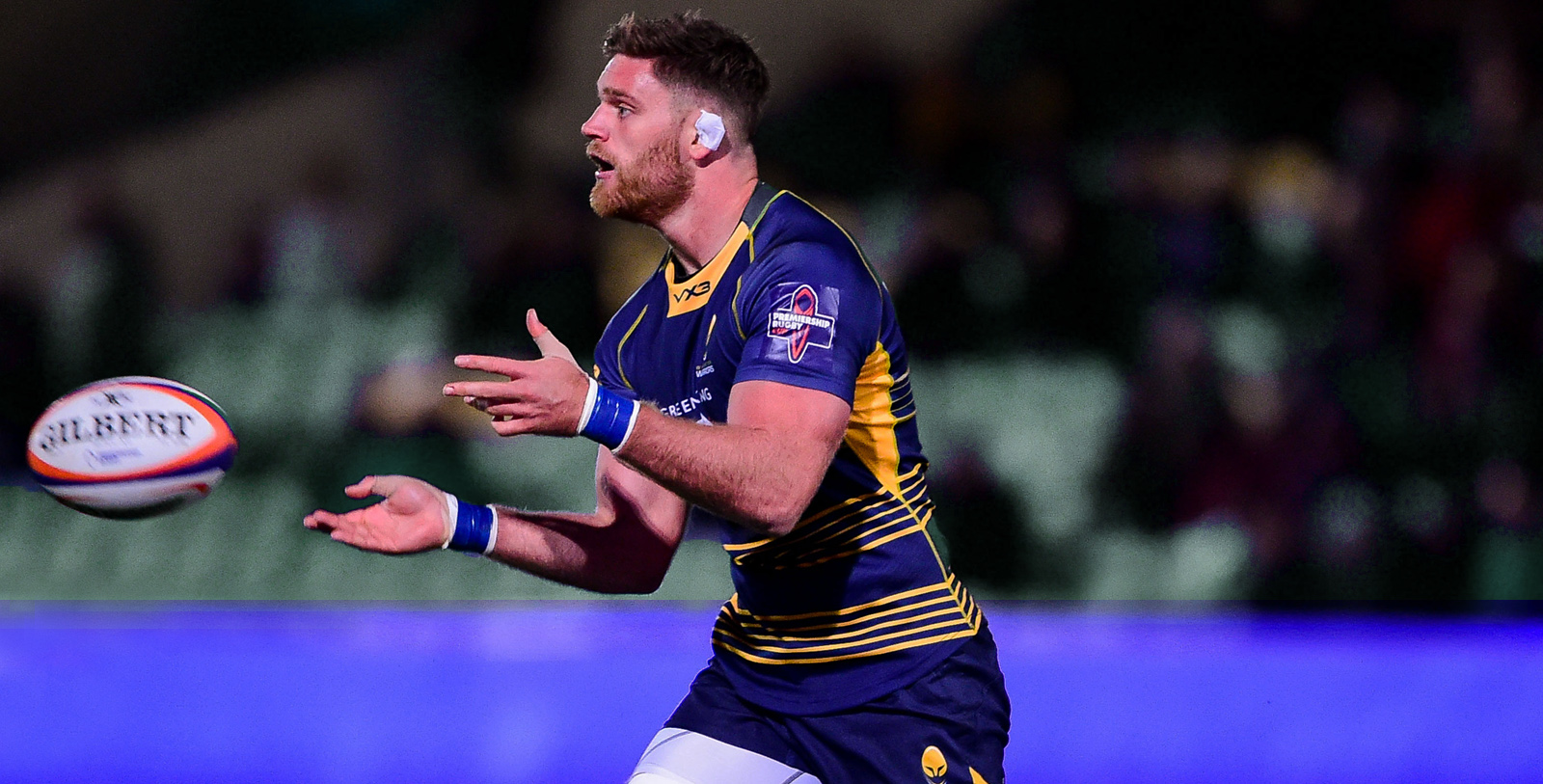 Cavaliers were outgunned by a quick and powerful Northampton side who closed the gap on them at the top of the Premiership Rugby Shield Northern Conference.

A second half hat-trick of tries from replacement wing Matt Worley swept Wanderers to an emphatic victory which included eight tries.

Cavaliers responded with a long-range solo effort from fly-half James Williams just before half-time but a combination of handling errors and a hefty penalty count prevented them for building any  platform.

Although Cavaliers were able to field a strong back division injuries in the back five of the pack at first team level had a knock-on effect which meant flankers Zac Ward and Sam Miller had to be drafted in from Hartpury and Oxford University respectively.

Miller began brightly but limped off after 16 minutes which added to Cavaliers’ problems on a difficult evening.

Most of the Northampton team had spent a frustrating weekend in Romania where their European Challenge Cup match against Timisoara Saracens on Saturday was cancelled because of snow and their return charter flight was delayed until Sunday afternoon because of ice on the runway.

But they showed no signs of tiredness after their travel difficulties as they turned their early pressure into a close range try from number eight Mitch Eadie which James Grayson converted.

Northampton were quick to get left wing Ollie Sleightholme, the son of former England wing Jon, into the game and he went over for the second try which gave Grayson two more easy points.

When full-back George Furbank went over midway through the second half and Grayson added the extras, it looked like Northampton would have the bonus point wrapped up long before half-time.

Instead Cavaliers tightened up in defence and got on the scoresheet themselves when Williams, guesting from Birmingham Moseley, capitalised on a handling error for the hosts and he raced clear from halfway for a try which he also improved.

But Northampton began the second half as they had the first and they secured the bonus point three minutes into the second period when a flowing move allowed Worley to cross for an unconverted score.

Cavaliers enjoyed a period of pressure with Matt Cox and Farai Mudariki carrying effectively but a knock-on close to the line meant they went unrewarded.

A heavy penalty count meant that Cavaliers spent most of the remainder of the match in their own half and Northampton’s persistence paid off when lock Alex Moon went over from close range and Grayson converted.

There was no let-up for Cavaliers as they gave away penalties under relentless pressure and Worley nipped in for his second and Northampton’s sixth try.

Devante Onojaife drove over from close range before Worley saved his best for last, going almost the length of the pitch for the try that brought up his hat-trick and Northampton’s half century.