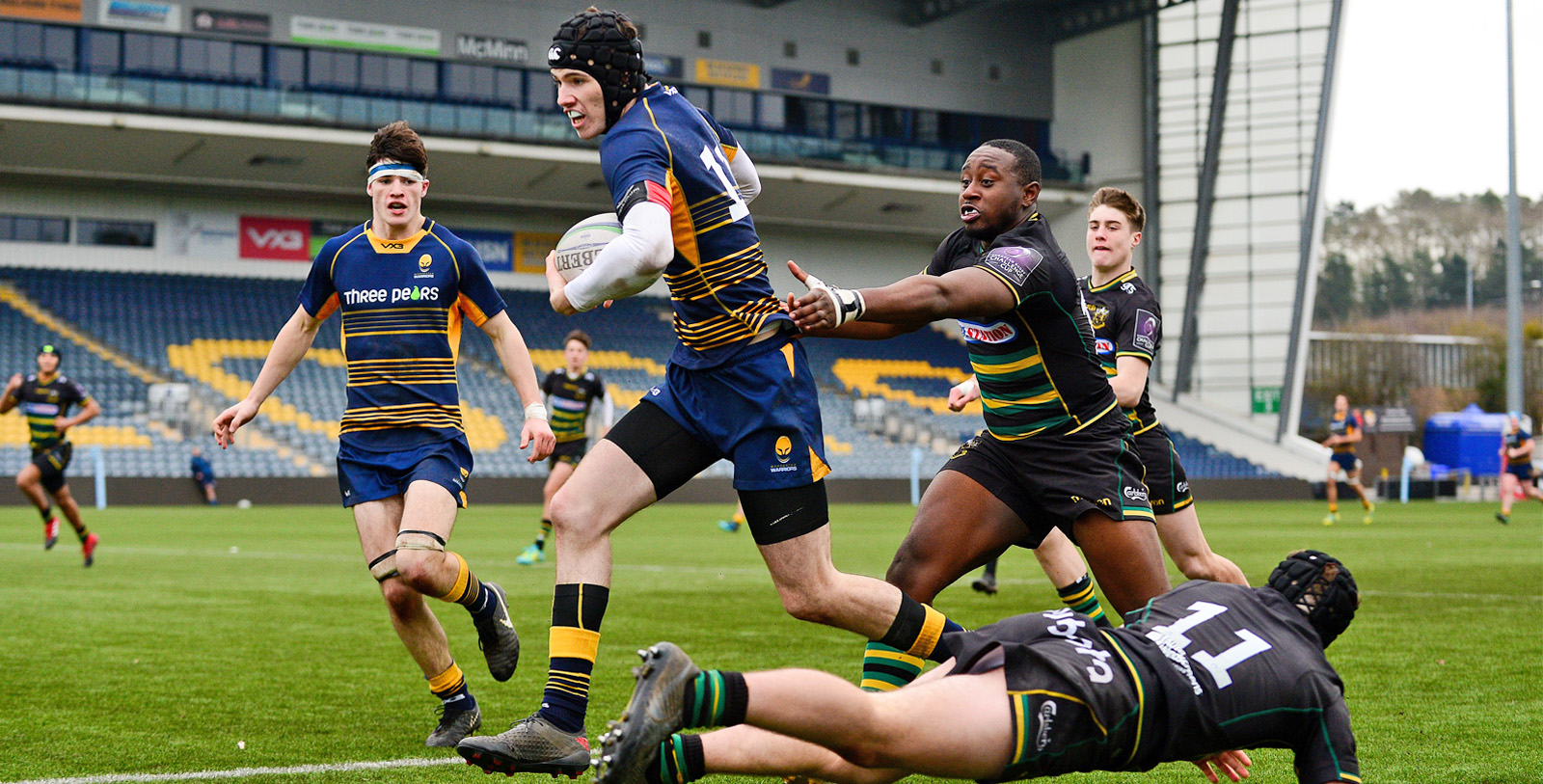 Warriors fought back bravely before they suffered a third consecutive defeat in the Premiership Rugby Under-18s Academy League at Sixways on Sunday.

Northampton opened with a burst three tries in the first half hour before Warriors hit back with two tries of their own either side of half-time.

Warriors’ Academy Manager Chim Gale said: “This is developmental for these young junior players and the level does go up when you get to this stage.

“We need to turn up with more energy, we were flat from the start. That being said, Northampton were outstanding in how they wanted to attack.

“There are still three more games left to play, and although it is nice to win it’s not all about that and hopefully we can start to see some improvements going into the next three games.”

Numerous infringements from both sides, meant that the game never flowed freely and with a high penalty count periods of the game became slow moving.

Warriors showed improvements in the second half and carried their momentum from their late first half try by Will Higgins into the opening stages of the second half when Tom Matthews crossed from the back of an attacking scrum.

Warriors started to play better attacking rugby towards the end of the match, as the pack worked hard following a late yellow card for Saints as Warriors’ No8 Morgan Monks drove over the try line to narrow the visitors lead following a lineout deep inside Northampton’s 22.