Crabb started in the second-row while de Smet was a replacement as their side defeated Cardiff Blues Ladies 14-31 at Cardiff Arms Park.

The two Warriors were up against Sixways team-mate Millie Williams who was on the bench for Blues.

Although Williams’ Cardiff side entered the game as the best challengers to Ospreys, the loss means they were beaten to second place in the table by Scarlets Ladies.

With Warriors Caitlin Lewis, Sioned Harries and Alex Callender in the starting XV, Scarlets secured the runners-up spot with a 45-7 win over bottom side RGC.

Callender was vice-captain as Lewis and Harries claimed early tries before Scarlets were forced to defend for a long spell.

The pressure was relieved though when Harries claimed her second try of the afternoon, while Callender’s powerful break from the re-start set up her side’s fifth try.

Winger Lewis was also able to claim a brace with a length of the field score late on after a loose RGC pass was picked up by Scarlets. 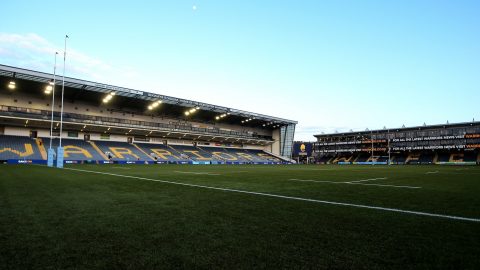