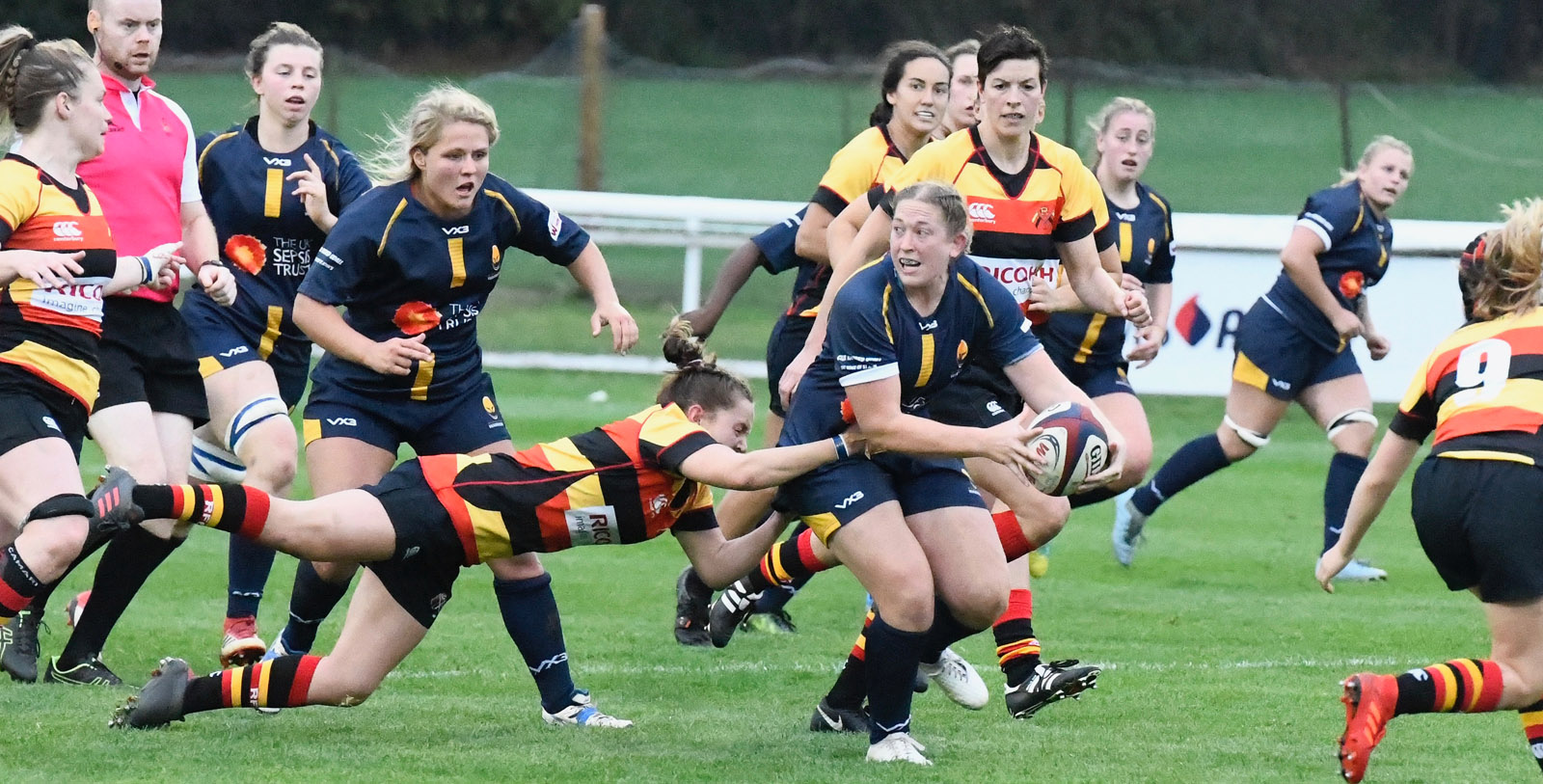 Warriors Women put in a spirited display but reigning Tyrrells Premier 15s champions Saracens proved too strong to condemn the visitors to a 55-3 defeat at Allianz Park.

Megan Goddard slotted a first-half penalty and Warriors did not go down without a fight but it was their hosts who were celebrating at the final whistle.

Saracens took an early lead through Sarah McKenna’s unconverted third-minute try but Warriors did not fold though and went on the attack, pinning Sarries in their 22 for a long period.

They could not find the finishing touch though, with Goddard going closest to a try after finding a gap in the hosts’ defence.

A knock-on right in front of the posts stalled that attack though and Sarries added to their advantage at the end of the first quarter when Lotte Clapp found a gap for a score which Lisa Martin converted.

Warriors continued to look for an opening but it was Sarries who scored the game’s third try just before the half-hour mark when Marlie Packer was powered over by a strong driving maul.

Martin again converted but Warriors got themselves on the board two minutes later when Goddard slotted a penalty after Angharad de Smet’s fine run got Warriors into the hosts’ 22.

The challenging conditions saw the ball get turned over several times until Rachel Laqeretabua went over in the corner for the hosts after another powerful maul.

Sarries were playing with penalty advantage for that try, with Taz Bricknell subsequently sent to the sin-bin.

And Saracens ensured they’d go into the break with the lead when Packer claimed her second try following a break from McKenna.

Almost immediately after the second-half kicked off, Sarries won a scrum deep in the visitors’ 22, with Rocky Clarke being powered over for a try which Martin converted.

Despite the hosts putting on the pressure, the Warriors defence did hold firm for the next ten minutes, and also looked dangerous out wide through de Smet’s carries.

But Saracens forwards put the game out of reach with a try on 52 minutes, with Martin adding the extras from in front of the posts.

Warriors pinned their hosts back in their half from the restart before winning a penalty after a knock-on.

Goddard’s kick was just wide but Warriors continued to attack, with the fly-half and Jade Shekells both having strong carries.

Saracens’ defence was holding firm though and they added another try when Vicky Fleetwood scored next to the posts to hand Martin a simple conversion.

Fleetwood claimed her second on 68 minutes with a great solo score, with Martin seeing her conversion go just wide.

Strong defence from both sides prevented any further scores, with Saracens celebrating a 55-3 win.