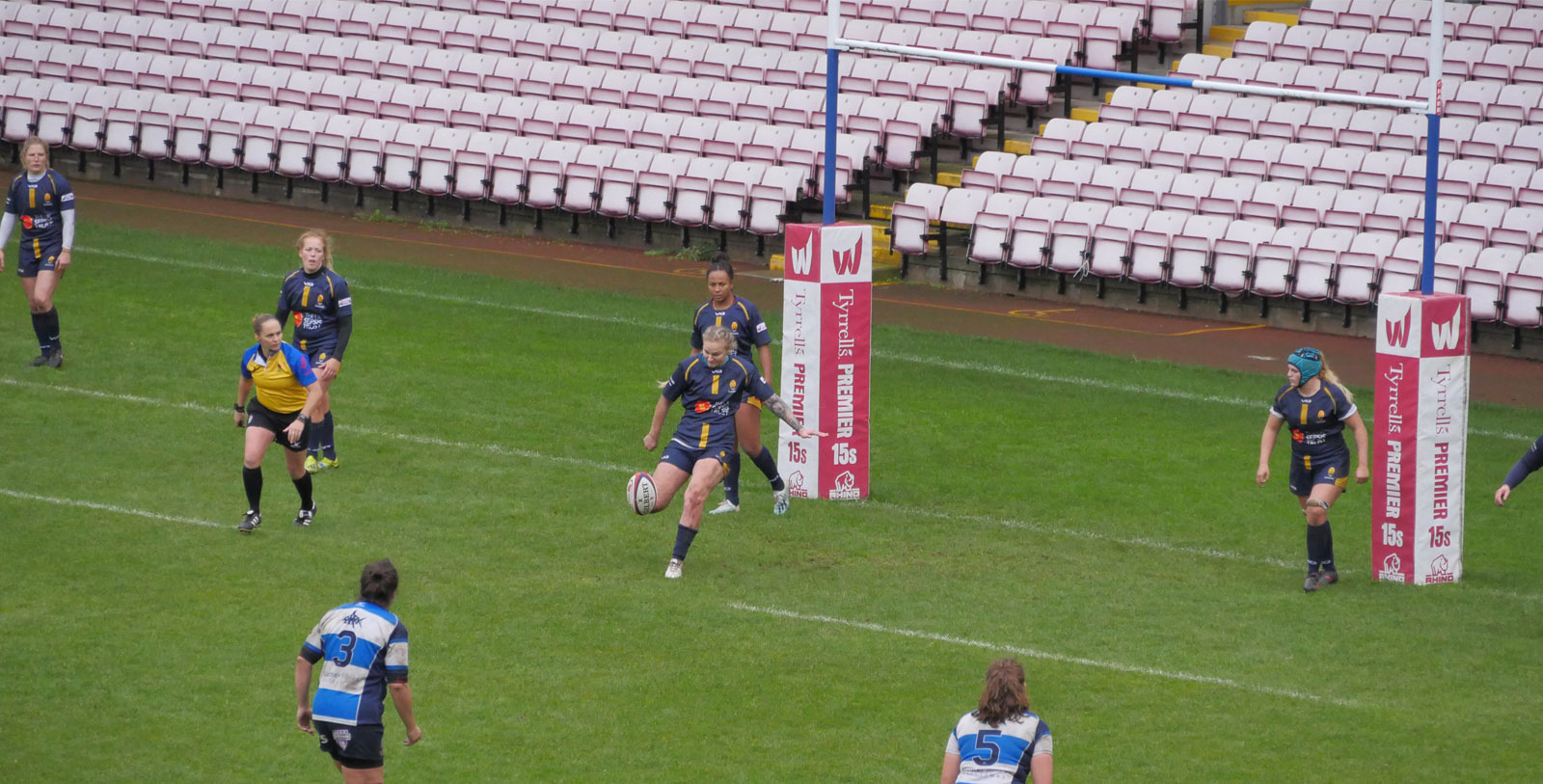 Warriors Women put in a much-improved performance away at Darlington Mowden Park Sharks but were defeated 32-21 at the Northern Echo Arena.

Brooke Bradley, Jade Shekells and Vicky Foxwell all scored tries for the visitors, who were forced to defend for much of the game.

Mackenzie Thomas’ penalty was all that separated the two sides after ten minutes, with much of the game being played in Warriors’ 22.

Fantastic tackling from Carys Cox and Cara Brincat helped keep Sharks at bay and Warriors were resolute in their defensive sets.

The hosts finally made their pressure pay on 25 minutes though when they shoved a forward over the line for a score which Elizabeth Blacklock converted.

Warriors missed several tackles from the kick-off and Blacklock got her side deep into the visitors’ territory before slotting a penalty.

The visitors were not lying down though and great runs from Lydia Thompson and Jade Shekells got them into the Sharks 22.

Bradley was then able to profit from confusion in the Sharks defence to slide under the posts after taking a tap-and-go penalty.

Megan Goddard converted that score and Warriors went looking for more. Good pressure from the hosts though handed them a lineout on the 22 and after sustained pressure put Sophie Shams over the line in the fourth minute of first-half added time.

Neither side could gain a foothold for the first ten minutes of the second period but Shekells’ length of the field score after an interception from inside her 22.

The returning Foxwell slotted the conversion but Sharks quickly claimed their first score of the half when Trudy Cowan bundled her way over the line for an unconverted try.

New signing Sarah Nicholas’ tackling and good breakdown worked from Taz Bricknell then proceeded to thwart the hosts before Lowri Williams was called into making a try-saving tackle after Igmei Ekoku’s break.

Sharks maintained that pressure as play entered the final ten minutes before Thompson claimed Nicholas’ cross-field kick to take them out of their 22.

The hosts built play back downfield, and though Vicky Laflin made another excellent try-saving tackle, Sharks sealed the win with a converted try.

There was still time for one last Warriors attack though and as the clock went dead, Foxwell went over in the corner after Warriors forced a knock-on, with Foxwell’s conversion the last action of the game.