Stourport High School, Warriors AASE team, battled back from being 17 points down to draw 17-17 at Moulton College, their counterparts from Northampton Saints in their first match in the AASE League Plate.

Stourport beat Moulton in their opening match of the league season but found them a much-improved outfit in the return although there were opportunities to win the match in the dying minutes.

The game started with a flurry of Stourport attacks but Moulton took the lead against the run of play with an interception try which was converted.

Stourport came back with another attack soon after, only for a well-worked kick by the Moulton fly- half putting Stourport under pressure which resulted in the home side landing an easy penalty.

Moulton started to build momentum and got on the front foot with a lineout on the Stourport five metre line.  Although Stourport checked the initial driving maul a Moulton back-row broke away and scored near the posts for another converted try. The try converted to make the score 17-0.

Stourport came back strongly with a series of penalties in the Moulton half putting them in prime position to score. Louis Weston rumbled over two defenders for a try with Jai Crippin converting on the stroke of half- time.

The second half saw Stourport relentlessly attack the Moulton line before Blake James smashed his way through from close range to score.

With minutes to spare Ben Edwards found himself in space and cut through the Moulton defence to score a fantastic individual try and level the scores.

Stourport will now host Bishop Burton College at Sixways on Wednesday November 20 (kick-off 4.00pm) needing to win to have any chance of progressing to the Plate final next month. 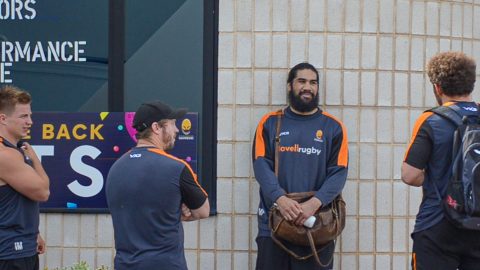