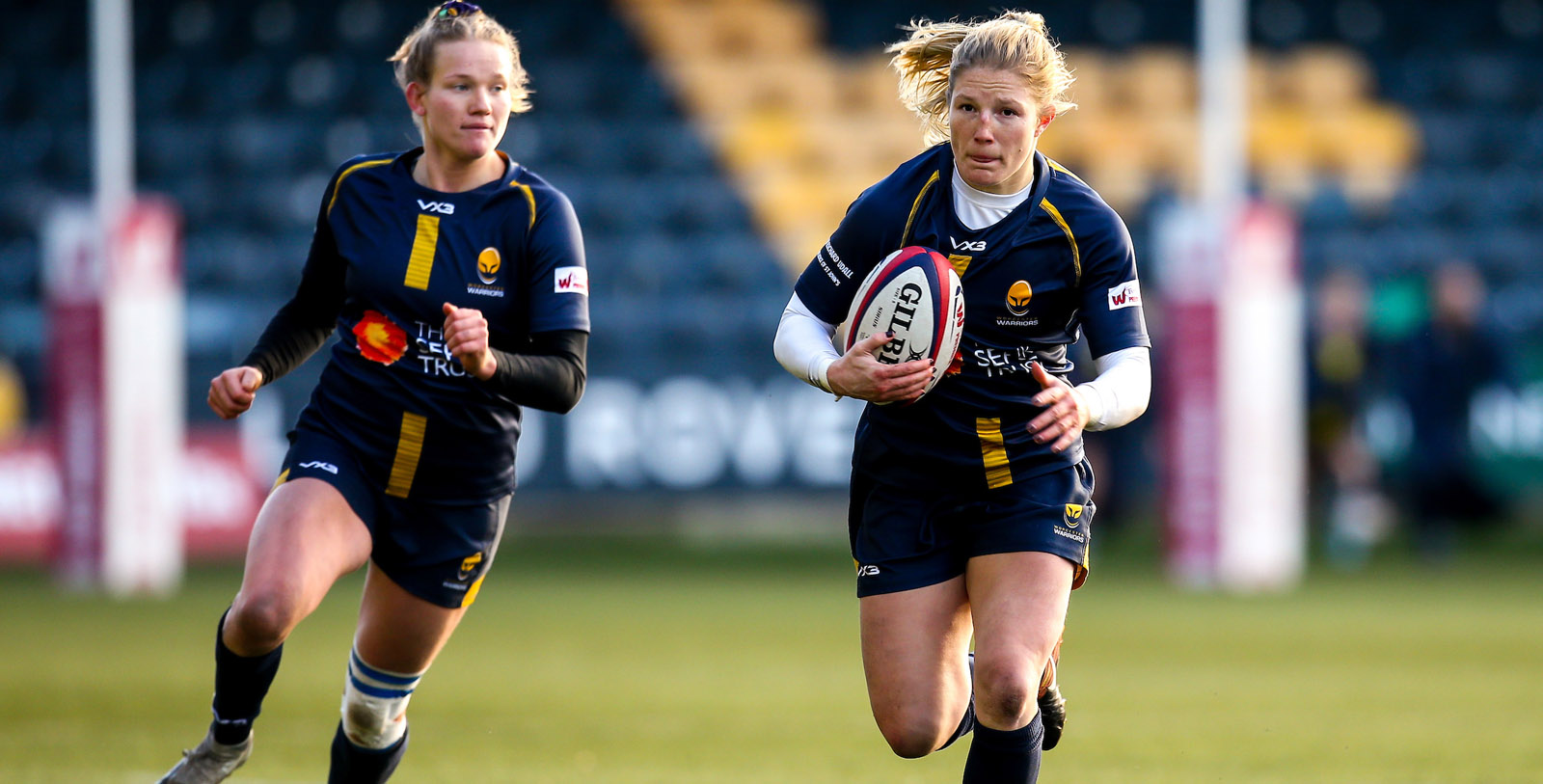 A spirited second half performance earned Warriors Women a try bonus point as Loughborough Lightning ran out winners in the Tyrrells Premier 15s.

A brace of tries from England international Lydia Thompson coupled with further scores from Sarah Nicholas and Lucy Lockhart ensured that the Warriors left Leicestershire with something to show for their attacking endeavour.

Lightning, who had England star Sarah Hunter in their ranks, were clinical with ball in hand and on this evidence will fancy their chances of a top four finish.

The hosts were off the mark as early as the seventh minute, wing Rhona Lloyd crossing for the first of her two tries with a scintillating line break that had the Warriors defensive line scrambling. Helen Nelson’s touchline conversion put Lightning 7-0 ahead.

Lightning extended their advantage five minutes later through scrum-half Jenny Maxwell, who scooted over from close range after the pack patiently worked through the phases.

Warriors responded in emphatic fashion with playmaker Nicholas stretching over after a well- executed lineout set the platform. Mauling the ball towards the line, the ball was swiftly moved in field to Nicholas who dipped her shoulder before diving over. Nicholas added the extras to cut the gap.

Warriors were immediately put on the back foot from the restart and despite defending resolutely, Lightning notched up their third try of the afternoon on 24 minutes by virtue of prop Daleka Menin who bulldozed her way over.

On 34 minutes Lightning bagged the try bonus point through Hunter as she scooped the ball up from the base of a scrum to dot down. Lightning were in no mood to let up, and soon chalked up a quick-fire double just before the break, with Lloyd and Maxwell each scoring their second tries of the contest.

Trailing 38-7 at half-time, Warriors came out for the second period in positive mood and were back on the scoreboard on 45 minutes thanks to Thompson who raced in under the posts.

Wales international Jasmine Joyce was the catalyst with an electric burst through three would-be tacklers to get Warriors into Loughborough’s 22. Vicky Foxwell expertly converted.

From the restart Lightning put the visitors under serious pressure and after a series of five metre scrums, Megan Davey crossed the line for a converted score.

Not deterred by the scoreline, Warriors continued to ask questions of the Lightning rearguard with the likes of Sara Moreira making some crucial yards forward. Exerting a period of sustained pressure, Warriors were rewarded on the hour mark when Thompson doubled her tally for the day as she jinxed passed a number of Lightning defenders to touch down in style.

Probing for the try bonus point, Warriors threw everything at Lightning’s defensive resistance and seven minutes from time Lucy Lockhart scythed in at the corner to secure a vital point for the visitors.

Loughborough had the final say however, with the pack rallying together to drive over the line from a line out to end the game 50-26, but there were many positives to be taken from this encounter ahead of next Saturday’s clash against Waterloo Ladies at Sixways Stadium (kick-off 2.00pm).