Matt Sherratt is to re-join Warriors as Attack and Backs Coach as successor to Neil Doak who will leave Sixways by mutual agreement when his contract expires at the end of the current season.

Sherratt is currently Backs Coach of Guinness Pro-14 side Ospreys but he began his coaching career in the Academy at Sixways where he spent five years, having joined Warriors on an initial placement.

Sherratt, 43, then joined Bristol as Backs coach in 2011 and had five successful seasons there, which culminated in promotion to the Premiership in his final season, before he joined Cardiff Blues as Attack and Backs Coach.

Sherratt’s talents were recognised with his appointment as Wales’ Backs Coach, working with Head Coach Rob Howley during the 2016/17 season including the summer tour to Samoa and Tonga.

He joined Ospreys at the start of last season but will leave the Liberty Stadium at the end of this season to take up his new role with Warriors.

Warriors Director of Rugby Alan Solomons said: ““It is great news for the club that Matt will be joining us next season as Attack and Backs coach.

“He is an outstanding coach with an excellent reputation and has strong links with the club, having begun his coaching career with the Academy here at Sixways.  So it’s really a question of welcome back Jockey – as Matt is known.

“He has also had the benefit of coaching Wales in the 2016/17 season which included the Six Nations and a summer tour to Samoa and Tonga.

“I know that he is highly thought of by the Welsh International players. In addition, he is friends  with our Academy Manager, Mike Hall, and our incoming forwards coach, Jonathan Thomas, which augurs well for the synergy of our staff. Over and above all that he is a terrific bloke and I am really looking forward to working with him.”

Sherratt will remain with Ospreys for the remainder of this season and he will return to Sixways with the best wishes of the Welsh region.

“Matt is a popular and respected figure with all the players and staff at the Ospreys,” said Andrew Millward, the Ospreys Managing Director.

“We were all disappointed with his decision to leave at the end of the season but understand his desire to be closer to his young family.

“All of us at the Ospreys know Matt will remain committed and focused on his role with us until the end of this campaign, before he leaves for his next chapter with Warriors.” 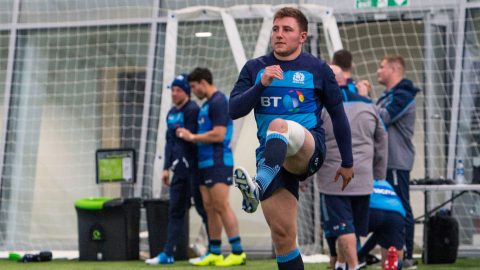 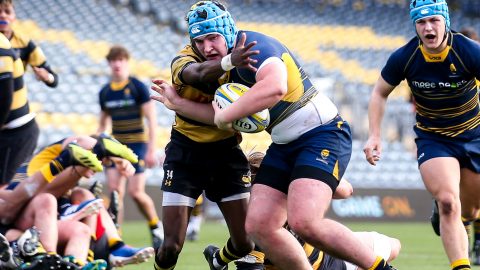