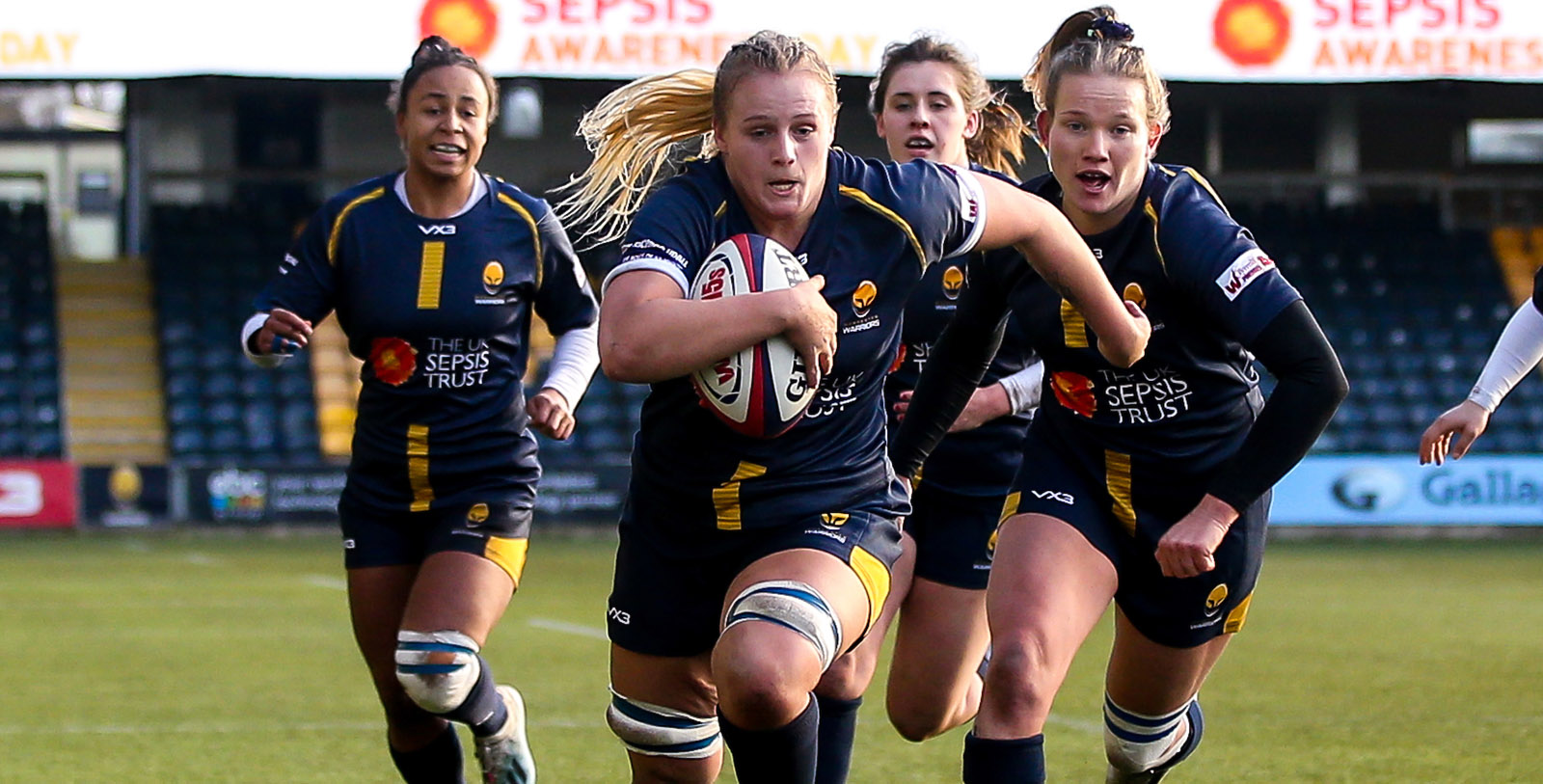 Warriors Women have made four changes for Saturday’s Tyrrells Premier 15s clash with Richmond Women at Sixways, Jo Yapp’s side taking to the field following the conclusion of the men’s European Challenge Cup fixture against Russian outfit Enisei-STM (kick-off 5.30pm).

Megan Varley starts at inside centre alongside Jade Shekells, while Cara Brincat replaces club captain Lyndsay O’Donnell in the engine room. O’Donnell is side-lined through injury, with England tighthead prop Laura Keates skippering the side in her absence.

Meanwhile, there is an enforced change at scrum-half where versatile back-row forward Taz Bricknell comes in for Brooke Bradley, with Sioned Harries getting the nod at number-eight.

“The double-header promises to be a really good day and the energy that the crowd has given us in our last few home games have made a real difference, especially against Bristol,” said Director of Rugby Yapp.

“That was a fantastic day and the way in which the crowd got behind us in what was a really tight game, was great.

“To be able to run out for the double-header on the same day as the men is great and hopefully more people will want to come back and watch us.”

Warriors have won their last two home games, battling to a 15-12 victory over Bristol Bears Women followed by an impressive 64-19 dismantling of Firwood Waterloo Women.

Enthused by the improvements being made in her camp, Yapp added: “We were really pleased with the Waterloo result and our attacking intensity was really positive from the girls.

“In the last few games our forwards have been strong at the set-piece, which has given us a really good platform to play off.”

Meanwhile, Varley gets her chance to shine from the start, the England Under-20 international itching to pull on the Warriors jersey after a three-week break from Tyrrells action.

“I’ve had a nice break and it’s been nice to chill for a couple of weeks, but we’re eager to play a match as everything has been building up to this point over the festive period,” said Varley.

“It has felt so good to be on the front foot for a few games, and even when we were losing games, we were doing better than we have done in previous seasons.

“As a squad we can see how much we have grown and hopefully we can improve even more going forward.”