Warriors raised a record £4,347 for the Royal British Legion’s Poppy Appeal at the club’s Armed Forces Day against Exeter Chiefs at Sixways in November.

The money raised included sales of 1,000 special edition Warriors poppy pins and collections during the day for the Poppy Appeal.

Armed Forces Day also included the club’s annual Remembrance Service which honoured all those who have made the ultimate sacrifice on active service.

“On behalf of the Royal British Legion Poppy Appeal I would like to sincerely thank all the staff at Worcester Warriors in their support at the Armed Forces Day/Remembrance Match on Sunday November 3 2019,” said Russell Tudge, local organiser for the Poppy Appeal.

“It was a very well-organised day and with your support and the kind support of the supporters and staff we raised £4347.38. This has significantly superseded any previous total raised and the joint Poppy/Warriors badge pins were a huge success.

“The money raised will go to the many projects the RBL supports throughout the year along with the lifelong support for the Armed Forces community – serving men and women, veterans and their families.” 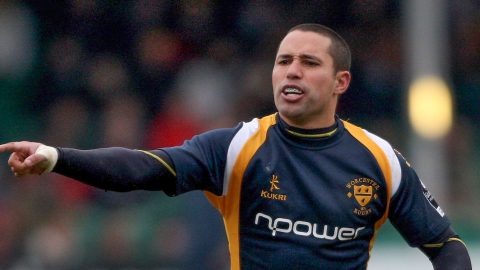