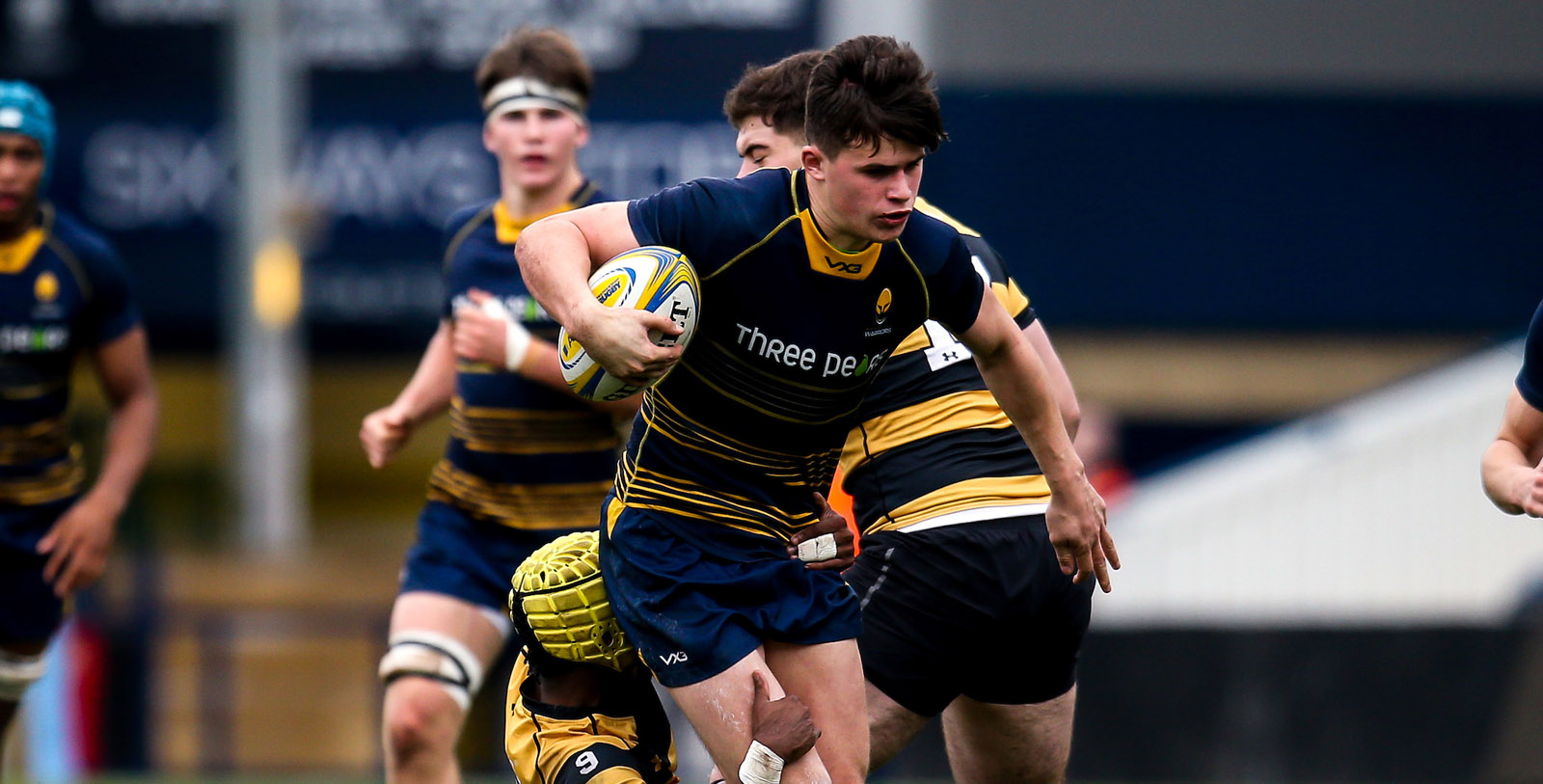 Warriors Under-18s have named their side for the Premiership Rugby Under-18s League Finals, which take place at Sixways this Sunday.

Warriors, who finished second in the Northern Conference, kick-off the day against Saracens in the third-place play-off and have made two enforced changes from the side that defeated Yorkshire Carnegie 65-5 last week.

Impressive throughout the campaign, Jack Forsythe is ruled out with an ankle injury, with the Warwick School pupil due to have a scan to assess the extent of the damage. Jack Lewis moves to number eight in his absence, with Ben Murphy underlining his versatility by packing down at blindside flanker.

Ewan Guy is also sidelined through injury, Adam Lane replacing him in the engine room as Warriors look to finish their campaign with a flourish.

“A lot of the lads have been together for a good few years now and Finals Day is reward for all their hard work,” said Academy Coach Gordon Ross.

“I think this year the guys have developed really well, and they understand the game a bit better – there was never any doubt over the lads’ work ethic last year. I just think they weren’t quite as physically developed, and off the pitch they have since done a lot of work in the gym.”

A competition which has seen the likes of Louis Rees-Zammit, Manu Vunipola and Marcus Smith take centre stage, Finals Day is a great opportunity for the next generation of Warriors to showcase their talent according to Ross.

“Over the past few years Ollie Lawrence, Ted Hill, Will Butler and Jamie Shillcock have all come through the ranks here and they’ve all moved on to bigger and better things.

“It’s a fantastic opportunity for these youngsters to showcase what they can do.”

Following Warriors’ game, Newcastle Falcons and Bristol Bears contest the fourth-place play-off before London Irish and Leicester Tigers round off the day as they bid to be crowned the overall champions.

Entry for Finals Day is free of charge for what will be a sensational day of action featuring the next generation of Premiership Rugby stars.