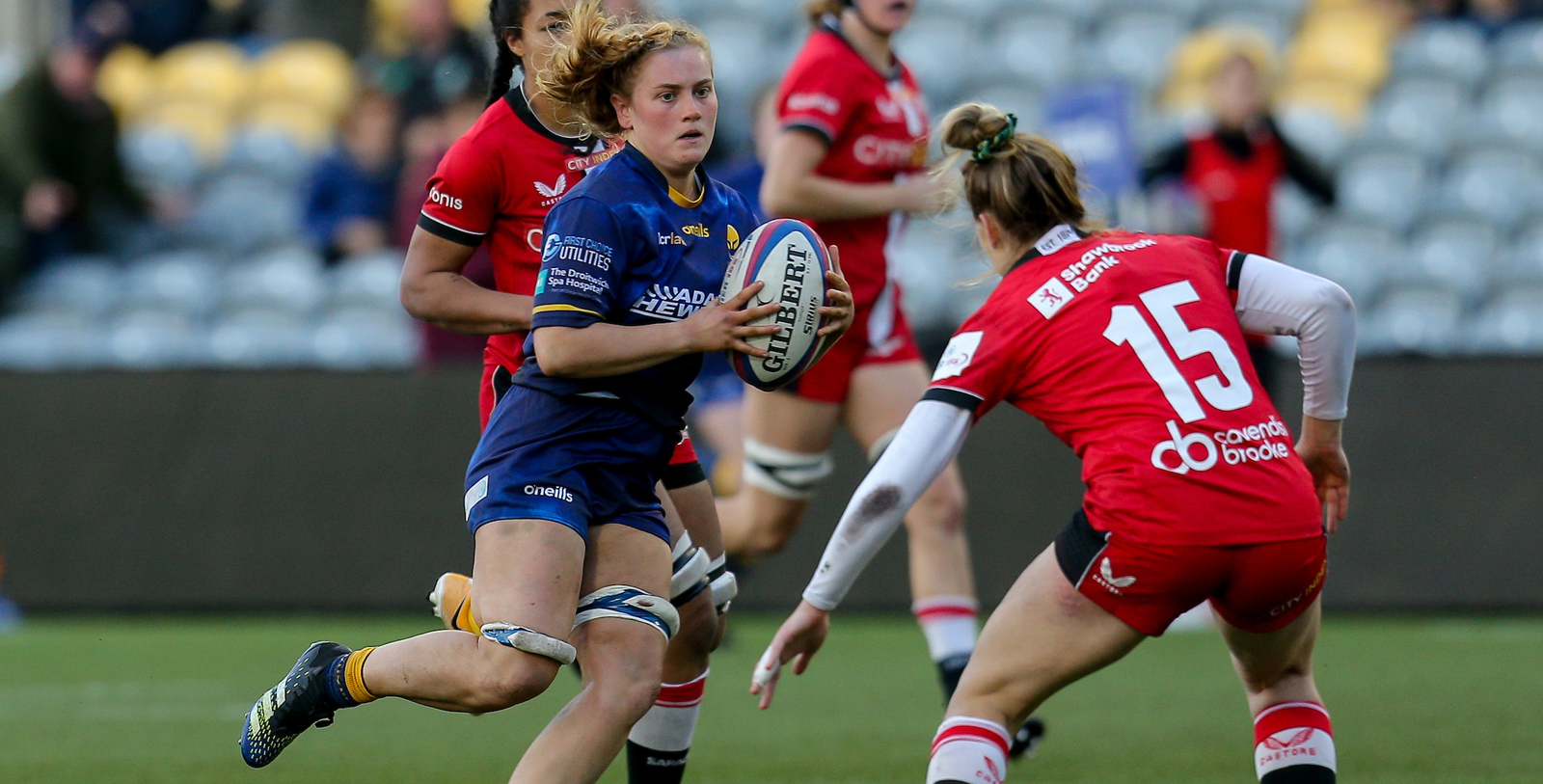 Warriors Women got their Allianz Cup campaign off to a flying start with an impressive 17-0 victory over Saracens to make it double delight at Sixways Stadium this weekend.

A solid defence coupled with a disciplined forward display was the catalyst for the win as tries from Vicky Laflin and Cara Brincat saw the hosts home on a fresh autumn afternoon.

After a fifth minute Ellen Murphy penalty had put Warriors ahead, Laflin increased their lead with a contender for Try of the Season. The pacey wing, who looked comfortable under the high ball throughout the afternoon, gobbled up Murphy’s inch-perfect cross-field kick, before sprinting 35-metres to stretch over in the corner. Murphy’s touchline conversion made it 10-0.

Inevitably, Saracens came back at the hosts – creating a string of attacking opportunities, but Worcester stood firm thanks to a robust forward line including Warrior of the Match Charlotte Wright Haley.

Wright Haley was at the heart of everything good about Warriors’ display, and the talented back-row set the platform for the hosts’ second try of the contest five minutes into the second half. Linking up with Scotland hooker Lana Skeldon, Wright Haley fended off a flurry of Sarries defenders to get her side to within inches of the try line, and after a few phases, Brincat crashed over. Murphy’s radar boot extended Warriors’ advantage to 17-0 to give the Londoners much to ponder.

The Sixways outfit threatened further scores through the likes of Carys Cox and Sioned Harries, but Saracens were in no mood to concede a third try. Jess Kershaw, on loan from Worcester RFC, was an excellent addition to the team – orchestrating affairs at scrum-half, while Centre of Excellence product Jemima Moss gets better with each game she plays.

With the last ten minutes of the game looming, Warriors’ task was to protect their advantage, and a try-saving tackle from Cox epitomised the spirit within the camp as the home side celebrated their second successive victory.