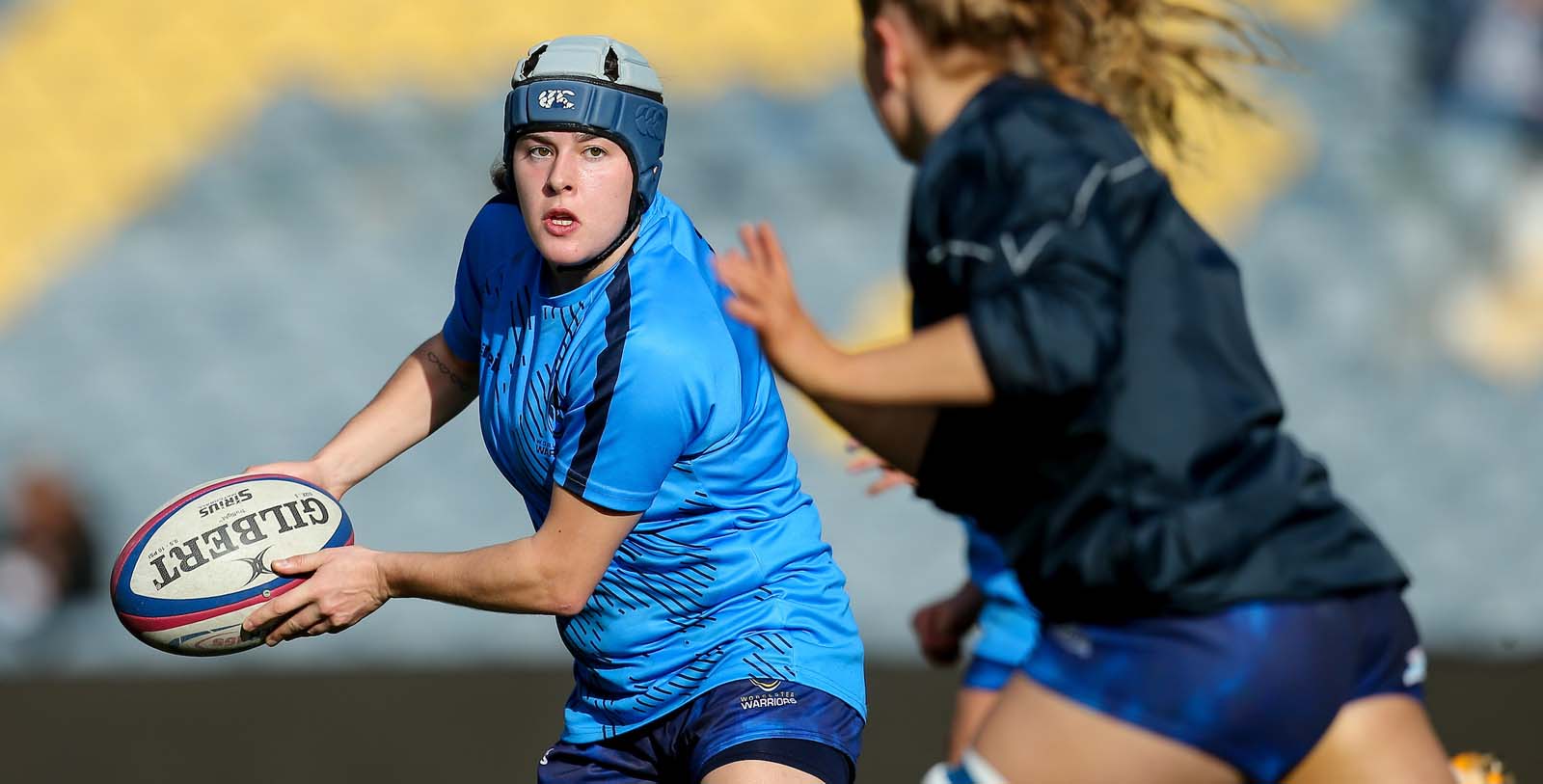 Warriors Women have made five changes for this Sunday’s Allianz Cup Pool B clash with Exeter Chiefs at Sandy Park (kick-off 1pm).

Centre of Excellence product Abi Kershaw starts on the wing, the Shropshire-born flyer having already made an impact for Warriors in just her second season at senior level.

Summer signing Evie England makes her Warriors debut on the opposite wing, while in the pack Elizabeth Shermer makes a welcome return following an injury lay-off. Flo Long, who has been part of the Red Roses set-up during their last two internationals against New Zealand, starts at tight-head prop with Jo Brown rounding off the changes at number-eight.

Jade Shekells returns from injury, while Laura Thomas is set to make her debut from the bench which includes Lisa Campbell.

“We made a good start to our Allianz Cup campaign with victory over Saracens and there were some real stand-out performances, which was pleasing,” said Attack and Backs Coach Sian Moore.

“We had a bye week last weekend, so the girls are in a really good place and we’ve prepared well going into the game.

“Every training session has been competitive, which makes selection really hard for the coaches and it’s great to see Evie England making her debut.

“This competition is brilliant for the development of players like Jess Kershaw who was tremendous for us against Saracens.

“It will be a really competitive game against Exeter – all of Susie Appleby’s sides are well-drilled in attack and are ambitious in terms of expressing themselves and we’ll have to combat that with a good defence.”