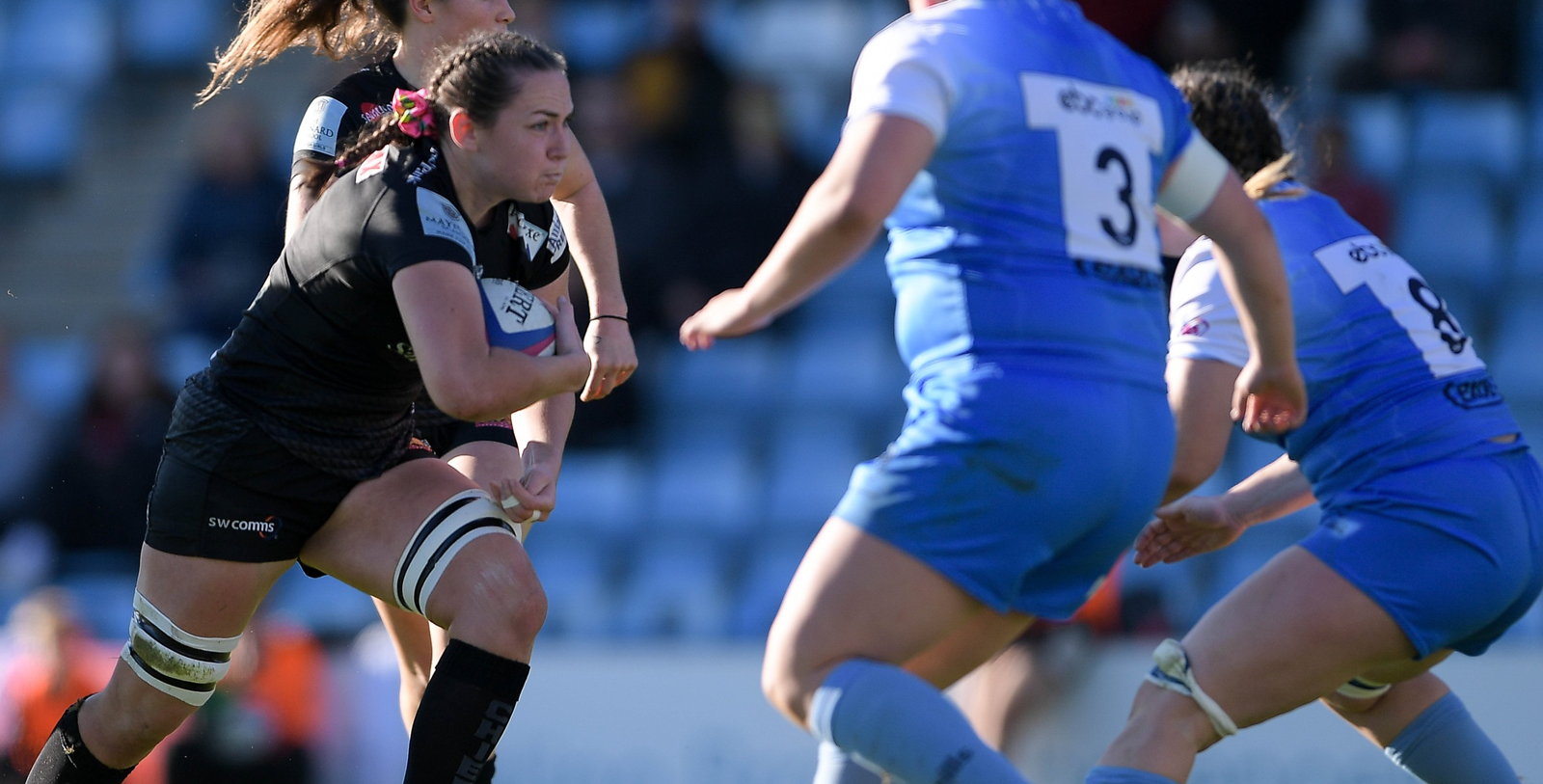 Warriors Women were unable to make it two wins out of two in the Allianz Cup as Exeter Chiefs showed their ruthless streak to record a 34-14 victory at Sandy Park.

Jo Yapp’s side, who defeated Saracens 17-0 in the opening round of the competition, were tasked with overcoming a 29-0 half-time scoreline after Abby Middlebrooke, Patricia Garcia, Garnet Mackinder and Flo Robinson all crossed for the Devon club.

Despite Clara Nielson’s try four minutes into the second half, Warriors held firm to deny the hosts a score for the remainder of the game, with Meg Varley and Warrior of the Match Charlotte Wright Haley touching down for the visitors.

The Allianz Cup was introduced for this season, giving squad players more game time during the international window, whilst developing young talent. Abi Kershaw and Jess Kershaw, who both came through Warriors’ pathway system, made history as the first sisters to play together for the club.

It was first blood to Exeter as early as the 10th minute when Middlebrooke drove over on the back of a period of sustained pressure. Chiefs worked through the phases, allowing the loose-head prop the chance crash over. Garcia, who was impressive with the boot, made it 7-0.

After a long-range Garcia penalty, the goal-kicking fly-half bagged a try of her own when she supported an explosive line break from back-row Maisy Allen to go under the sticks. Her conversion extended Chiefs’ advantage to 17-0.

On 34 minutes Chiefs wing Mackinder registered the hosts’ third try of the afternoon, showing Carys Cox a clean pair of heels on her way to the line. Garcia’s conversion fell short, but Chiefs were in the ascendancy at 22-0.

On the stroke of half-time Exeter wrapped up the bonus point – Robinson this time getting a try on the back of yet another sweeping Chiefs attack. Garcia’s conversion made it 29-0 at the break.

At half-time Jade Shekells was introduced from the bench, making a welcome return from an injury lay-off and her experience and talent at centre came to the fore.

Chiefs final try of the match came five minutes into the second half, with Nielson crossing from the back of a driving maul. Undeterred by the margin of the scoreline, Warriors showed character in abundance to put some points on the board four minutes later by virtue of a Varley try. Shekells set the tone with a barnstorming carry into Chiefs’ 22, and after a couple of drives towards the line, the ball was moved to the right where Varley was lurking. Ellen Murphy kicked the conversion to reduce the arrears to 34-7.

As the game progressed, Warriors emptied their bench to give players valuable game time, and one of those players was Sara Moreira who wasted no time in showing what she could do with a superb ball carry and presentation to get her side on the front foot. This gave Warriors a big lift going into the latter stages of the game, and last word went to Warrior of the Match Wright Haley who dashed in for the visitors’ second try. There was no stopping the back-row and Murphy’s conversion ended the game 34-14 to Exeter.