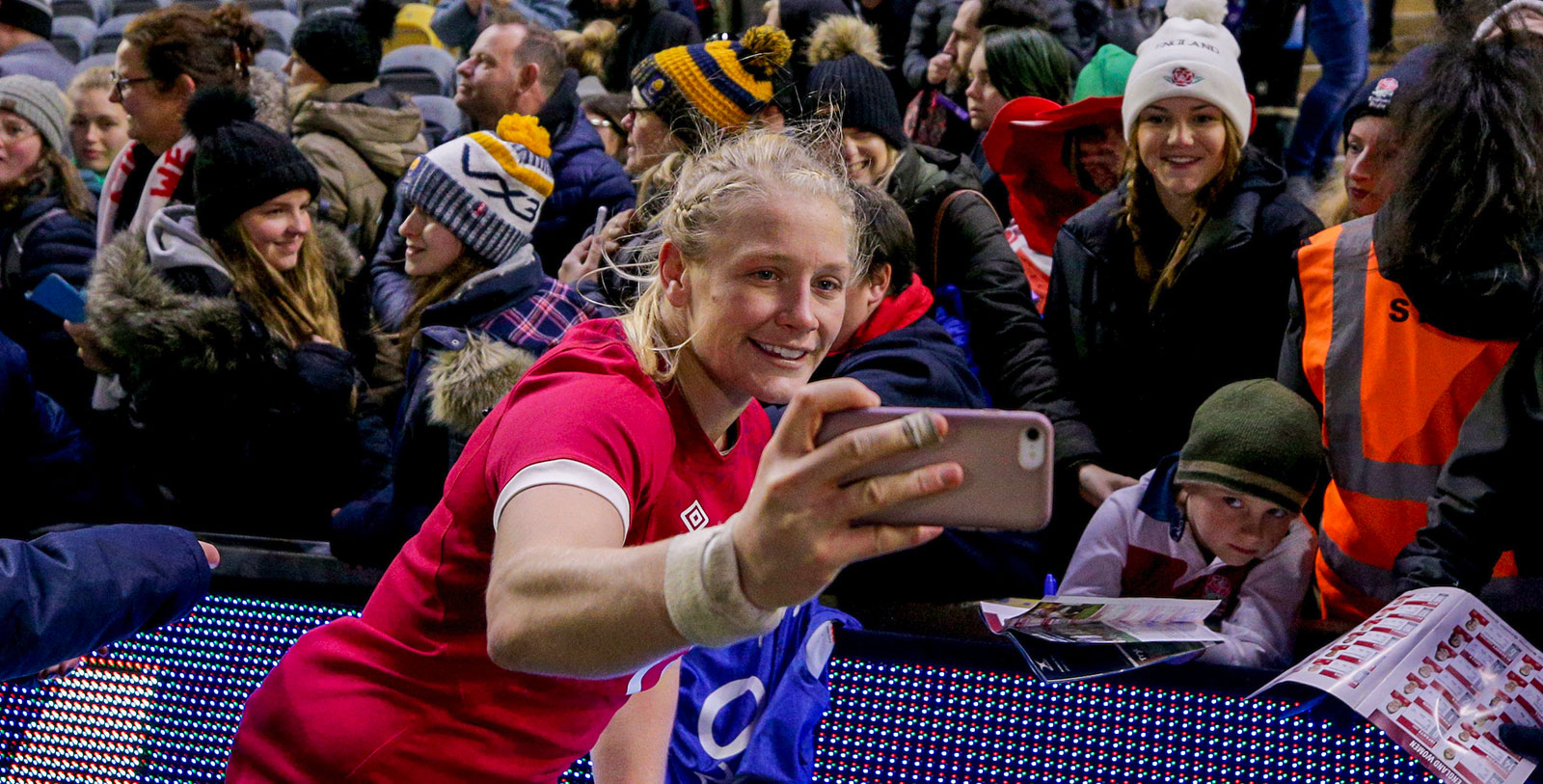 Thompson had the honour of leading out the side alongside Rowena Burnfield – who won her 50th England cap off the bench – and was on the scoresheet after just 12 minutes when she crossed in the south west corner to round off a sustained attack then added her second midway through the second half.

With family, friends and her Warriors team-mates to support her, it was a special moment on a very special day for Thompson.

There was other local interest with two more Warriors Women in action, blindside flanker Alex Matthews in a dominant England pack and lock Alycia Washington who grafted hard for USA who were spirited but overpowered and conceded 15 tries.

The game was over as a contest almost as soon as it began with England going 17 points up in the opening 12 minutes.

Looshead prop Vickii Cornborough drove over for the opening try barely 90 seconds in and Helena Rowland added the conversion.

Almost from the re-start, full-back Abby Dow jinked her way over from half-way before Thompson scored the most popular try of the afternoon.

England then went 19 minutes without another score before they ran in five tries in a 17 minutes purple patch either side of half-time.

Former Warriors Women hooker Lark Davies drove over from close range, scrum-half Leanne Infante nipped in under the posts after a period of sustained pressure then Lagi Tuima, skipper Zoe Aldcroft and Rowland scored in quick succession in a devastating start to the second period.

There was no respite when England rang the changes as Heather Cowell brought up the half century and replacement tighthead prop Sarah Bern drove over shortly after she came on.

Davies got her second from another powerful driving maul before she was replaced and Thompson brought the house down again when she powered over in front of a packed East Stand for her 38th try for England.

Replacement hooker Connie Powell scored the 13th try, centre Holly Aitchison the 14th with an interception effort and Bern completed the rout with her second right at the death.

USA’s torrid afternoon in defence was compounded by their inability to win their own lineout when they did work their way into England’s 22.