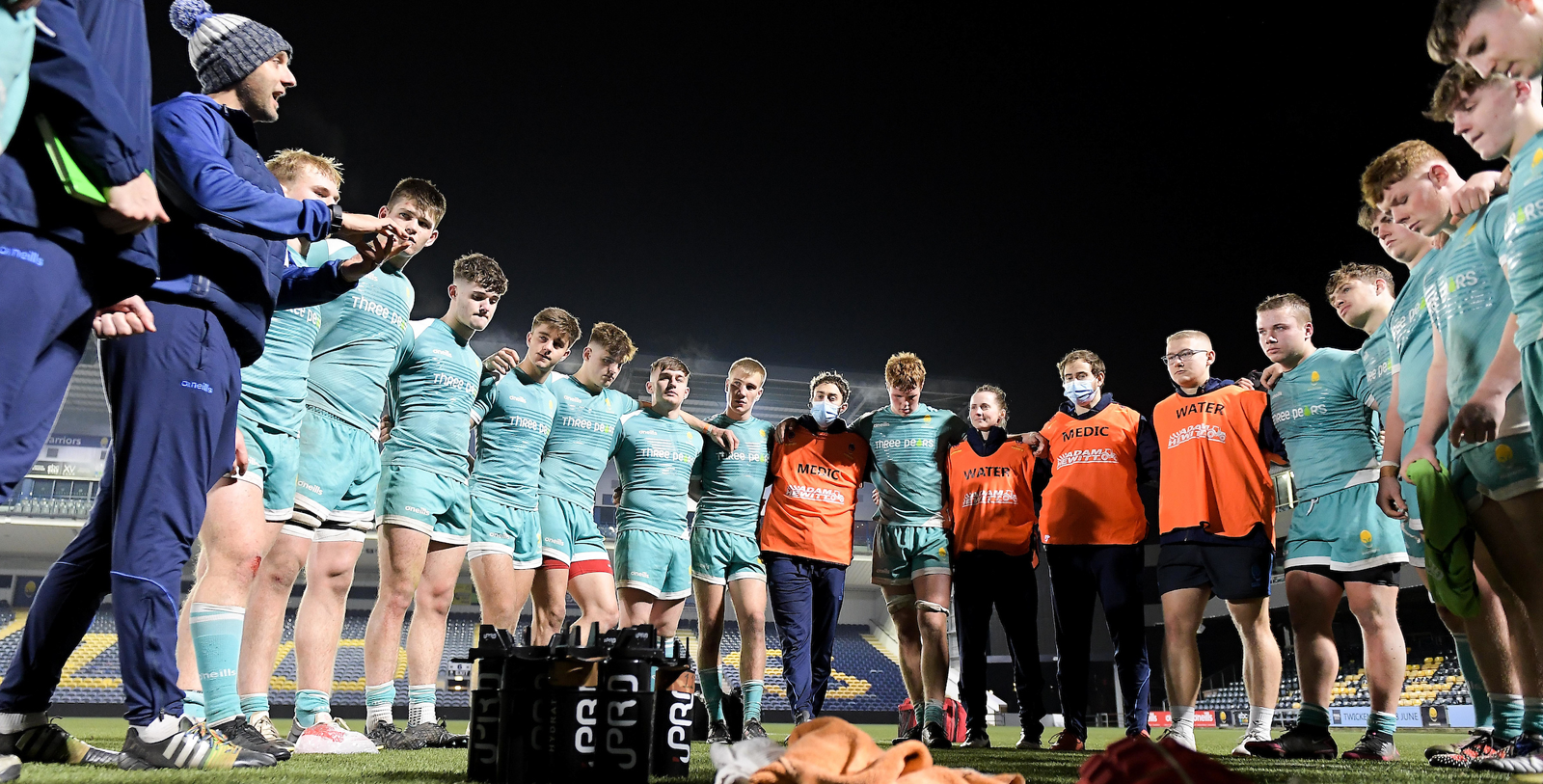 They say defence wins games and Warriors Under-18s’ victory over Wasps at Aylesbury RFC in the Premiership Rugby U18 league certainly demonstrated that as tries from Alex Wills, Harvey Cuckson, Will Couch and Dan Chambers secured a bonus point win for the boys from Sixways.

Wasps, who had won their opening two matches in the competition, were blown away by Warriors’ forwards in the first half with the visitors going into the break 12-0 up.

Warriors off to a flyer

Hartpury College student Wills opened the scoring on 14 minutes, collecting Alex Terry’s inventive cross-field kick to cross in the corner. Jack Condliffe slotted home the conversion and Warriors led 7-0, just reward for a solid start from the blue and golds.

Warriors eyed a second try from the restart, their scrum in fine fettle, but thoughts soon turned to defending their lead when back-row Owen Boxhall was yellow carded. Backs to the wall a player light, Worcester defended for their lives and were rewarded for their endeavour when prop Walsh charged over for his side’s second score of the contest.

Try number three came shortly after the interval through Couch, who was driven over from 20 metres out as Warriors’ impressive maul attack came to the fore. Condliffe made no mistake with the extras to put Warriors 19-0 up and very much on the road to a comprehensive triumph.

Wasps had other ideas though, and two tries in quick succession by virtue of Marsh and Bell cut the gap to 19-14 to give Warriors much to ponder going into the closing stages.

Many teams may have fallen apart in the face of mounting pressure, but not a bit of it from Warriors who showed tremendous character to cross the line for the try bonus point on 67 minutes courtesy of Dan Chambers. The Stourport High School pupil managed to sneak in for a try in the corner, a score which gave the visitors a 10 point buffer and the win they richly deserved.

Backs Transition Coach of the Three Pears Warriors Academy Jonny Goodridge was delighted with his side’s display adding: “The players have worked really hard over the last two weeks to rectify some of the issues that we had against Sale and I thought our defence was outstanding.

“I was probably more pleased with our defensive performance than our attack and ultimately I was really pleased with the effort that the boys put in.

“We scored a variety of tries to earn the bonus point and it was a good all-round performance, which was really pleasing.”