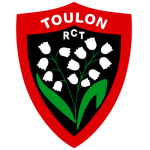 Warriors’ fightback came too late to prevent Toulon leaving Sixways with a bonus point win in the first-ever meeting between the clubs.

Two individual tries from Duhan van der Merwe and Harri Doel gave Warriors a chance of salvaging at least a bonus point but by that stage they were 25 points down and time was running out.

The game was decided at the breakdown where Toulon were physical and dominant and Warriors were frequently frustrated in attack.

To complete a disappointing evening Warriors lost loosehead prop Marc Thomas midway through the first half with a serious ankle injury which led to him being stretchered off.

After the disappointment of having the previous home match against Biarritz, which was postponed last month, cancelled with both sides taking two points, Warriors will now need a maximum points win from their final pool match against Zebre in Parma next Saturday to have any chance to making it to the knockout stages.

Warriors started well and ensured that early pressure was rewarded with Fin Smith landing two well-struck penalties in the first 16 minutes with one from his opposite number, Anthony Belleau, sandwiched in between.

Smith struck for a third time after 25 minutes when play resumed after a lengthy stoppage while Thomas received on-field treatment before being taken off on a stretcher to warm and sympathetic applause.

But it was Toulon who ended the half strongly with two tries in a six-minute spell.

First Cornell du Preez was driven over from a lineout to mark his return to Sixways with a try. Then number Facunda Isa clattered his way over after Warriors had done well to check the initial driving maul from another line out catch-and-drive.

Warriors saved their best for the final quarter with van der Merwe conjuring a try from nothing to bring the crowd to life.

Doel, who came into the side as a late replacement for Perry Humphreys who returned a positive COVID test, scored the try of the night when he snaffled a stray pass on his 10m line and outpaced the covering defence for a spectacular individual try.

Just ten months ago Doel was playing for Swansea University and Scarlets Academy and to impress against one of the giants of European rugby shows just how far he has come in a short period of time.