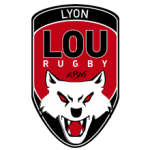 Warriors went out of the EPCR Challenge Cup but not before they had given Lyon a scare and won the respect of the French club’s visitors in this absorbing Round of 16 clash at the Matmut Stadium de Gerland.

There was only a converted try between the sides when Billy Searle went over for three minutes from time and, had Warriors scored another converted try to level the scores they would have gone through to the quarter-finals on the more try rule.

Instead Lyon dashed those hopes when centre Pierre-Louis Barassi scored immediately from the restart but the applause Warriors’ players received from the home supporters at the final whistle suggested they had won plenty of admirers in this part of France.

In the end the match turned on three key moments. Warriors twice failed to secure restart kicks after they had scored tries and Lyon appeared fortunate to escape with only a yellow card for full-back Clement Laporte for a deliberate knock-on late in the first-half.

Laporte’s intervention prevented Tom Howe from scoring what would have been his second try of the match and would have given Warriors the chance to turn around either four or two points adrift.

Otherwise there was so much to commend in a performance of grit and determination against a big Lyon side who set out to batter their way to victory.

The fact that Leo Berdeu opted to kick a 58th minute penalty for goal midway through the second half suggested Lyon were getting twitchy as Warriors tackled like demons and tested the Top 14 side with some inventive attacking play.

Howe gave Warriors the perfect start when he went over for his seventh try in nine appearances this season after just three minutes.

Warriors won a penalty from the kick-off, kicked to the corner, won the resulting lineout and used another penalty advantage to give Howe, who supplied an acrobatic finish, just enough room to score in the corner.

But the lead was swiftly cancelled out as the restart kick was knocked on, Lyon shunted Warriors off the ball at the scrum and scrum-half Baptiste Couilloid nipped in for a try that was converted by Lima Sopoaga.

Harri Doel, who was a constant menace in attack, had a try chalked off for obstruction earlier in the attack but Lyon also had a try disallowed after Niall Annett successfully drew the referee’s attention to a forward pass to Sopoaga.

But Lyon did score two minutes later when lock Romain Taofifenua ploughed over from close range and Sopoaga converted but it was Warriors who finished the half strongly.

Warriors hit back immediately with Oli Morris kicking ahead for skipper Ted Hill to dot down.

Berdeu’s penalty gave Lyon a bit of breathing space but Searle jinked through four minutes from time and added the conversion.

It was game on, but only briefly, as Barassi swept over straight from the re-start, Berdeu converted from the touchline.