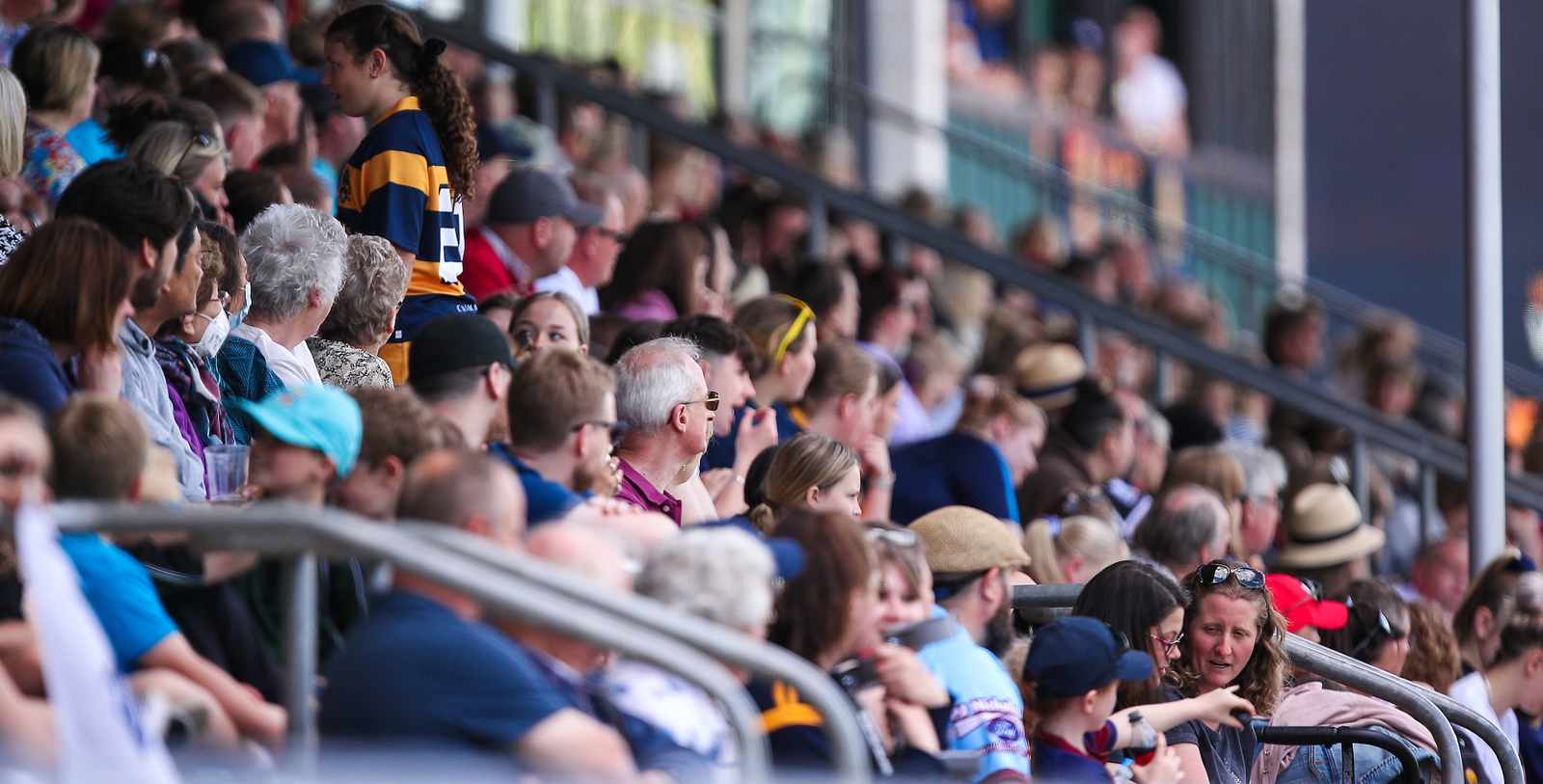 It will be the first time Worcester Warriors has played host to the showpiece final, which sees Exeter aiming to win their first Premier 15s title under Head Coach Susie Appleby, while Saracens will be vying for their third success in four years.

Sarries lost last year’s final to Harlequins 25-17 at Kingsholm, but avenged the heart ache of that day by defeating Quins in the semi-finals with Head Coach Alex Austerberry believing his side are stronger for the experience.

“It was a loss in a final, but there are lots of memories that make up a season,” added Austerberry.

“Although the one at the end wasn’t the one we wanted, there were lots of positives, lots of moments on and off the field that we can look back at and celebrate, and you can’t lose sight of that otherwise you’re just in peaks and troughs all the time.

“We’re working on building momentum year in, year out, and sharing lots of memories. So the question probably is, how did that final drive us on this year.

“We’ve got an unbelievably talented group of players who’ve got immense character. Everything is a challenge, whether it be a success that we’re learning from, or whether it be a defeat. Last year’s final hasn’t been the key motivator, but it is a motivating factor as that kind of feeling is not great.

“We put a lot of hard work in, won the league during the regular season, and fell short at the final hurdle. But it’s not a case of “throwing the baby out with the bathwater”, we do a lot of things really well, but our team is incredibly driven, so it doesn’t take a great deal for us to get back, dust ourselves off and go again, which we’ve shown this season when we’ve lost games.

“We want to be back at the top of the game, and we looked after that in the regular season. We played well in the semi-final, and now it comes down to that one- off game where, hopefully, we’ll be holding a cup at the end rather than watching someone else lift it.”

Tuning in from abroad for the Allianz #Premier15sFinal? 🏆

We'll be LIVE on https://t.co/CWGtvVVSnp from 14:40 BST for Friday's title-decider between Exeter Chiefs and Saracens 📺#Premier15s pic.twitter.com/AGzromN1CD

Enjoying a meteoric rise in the Premier 15s, Exeter supremo Appleby is relishing the prospect of her side getting their hands on the prize come 5pm on Friday.

“We’re two seasons into our journey and yes, it’s grown at a rapid rate of knots,” she said.

“However, a lot of it is down to the players. We have an unbelievably hardworking group of amazing individuals, coupled with a really good support network that is akin to the Chiefs’ [men’s side’s] coaching and S&C staff, and that’s the recipe for our success.

“But it does come down to hard work at the end of the day, and the players are willing to do that. When you’ve got players that are willing to put their bodies on the line and work really hard for you, then everything becomes a bit easier. Exeter, as a whole, is massively behind what we’re doing. The crowds are growing week in, week out, and there’s a huge appetite for what we’re doing.”

Tickets for the game are available by clicking here.