Warriors Women centre Jade Shekells helped England win the Zagreb 7s as they went unbeaten throughout the competition without conceding a point all weekend.

The tournament in Croatia was part of the Rugby Sevens Trophy Series, the next leg of which will be played in Budapest from 17-19 June.

Congratulations to the England Women’s side who have won the @rugby_europe Zagreb Sevens 🌹 pic.twitter.com/uPXYzsD6OS

England beat Italy 56-0 in the final, having been in dominant form against Sweden, Norway, Hungary, Georgia and Moldova.

“We’re pleased for England’s success at the Zagreb 7s and especially for Jade, who has really established herself as a sevens player,” said Warriors Women Attack and Backs Coach Sian Moore.

The explosive wing has started both of Canada’s opening two matches of the competition and will undoubtedly be hoping to return to Sixways having got valuable international minutes under her belt.

“I thought some of Paige’s defensive efforts were excellent,” added Moore.

“She also showed some glimpses of how threatening she is with ball in hand, and she’s certainly a key player in the Canada backline.” 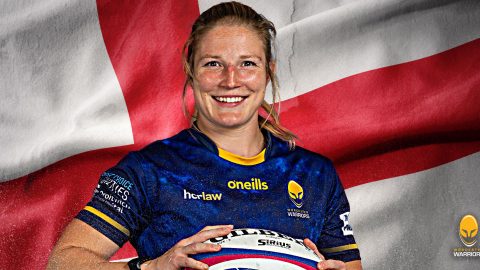