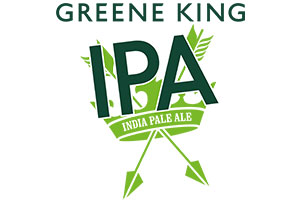 Greene King IPA has become synonymous with rugby union in the past few years with a raft of sponsorships that has seen it support the sport from grassroots through to the international game.

As well as being Warriors’ new official Brewery Partner Greene King IPA has similar sponsorship deals in place with England Rugby as well as Aviva Premiership champions Harlequins and Wasps.

Greene King has operated pubs for over 200 years. Combining successful traditional ale brands with modern forward thinking, Greene King has grown steadily from its base in Bury St Edmunds, Suffolk, to become a leading pub retailer and brewer.

Greene King is the country’s leading pub company and brewer, running over 3,000 pubs, restaurants and hotels in towns, villages and city-centre high streets across England, Wales and Scotland.

As a company, Greene King prides itself on consistently offering exceptional value, service and quality to all customers.

This ethos is central to everything Greene King does as a business.

Greene King operates two breweries - Westgate Brewery, which is in Bury St Edmunds and Belhaven Brewery, in Dunbar, which was formed in 1719 and is Scotland’s oldest working brewery and the home of Belhaven Best.

Based In: Bury St Edmunds

What We Do: Brew a variety of ales that reflect changing tastes in beers as well as a variety of seasonal and special occasion ales