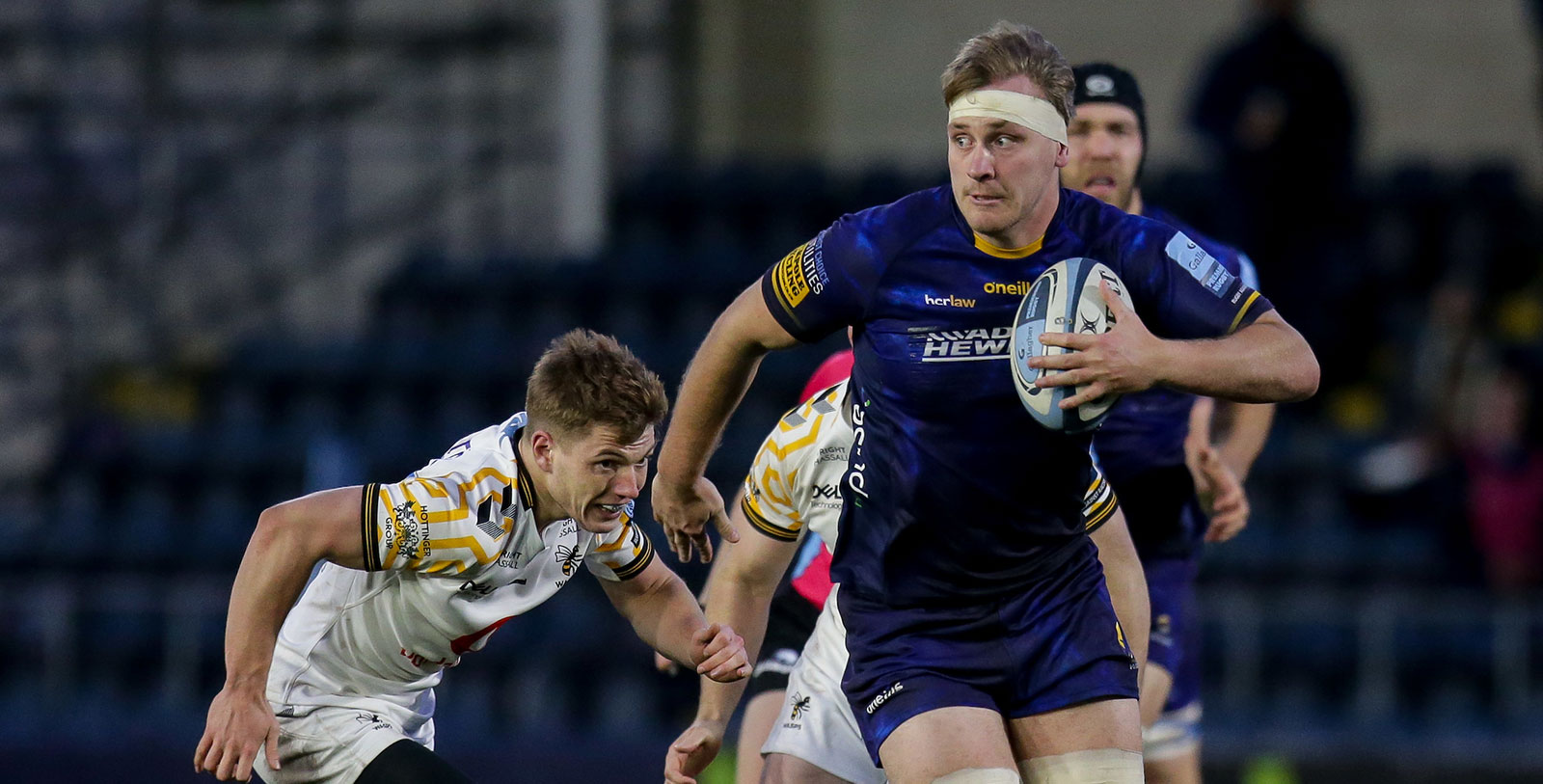 Loose forward Joe Batley joined Warriors in the summer of 2020 from Bristol Bears ahead of the resumption of the interrupted 2019/20 season.

His debut was delayed by a toe injury until the final match of that season when he came off the bench against Saracens at Sixways.

Batley played more regularly in 2020/21 and made 15 appearances and scored two tries, his first a charged-down effort at Bath and the other against Harlequins at The Stoop.

Having joined Warriors on an initial one-year contract, Batley signed a two-year extension in March 2021.

Batley, a product of the Gosport & Fareham club in his native Hampshire, came through Gloucester’s academy before he joined Bristol and had a spell on loan at Leicester Tigers during the 2019/20 season.

He was diagnosed with Hodgkin lymphoma which in March 2018 but made a successful recovery and now campaigns to raise awareness of the cancer.