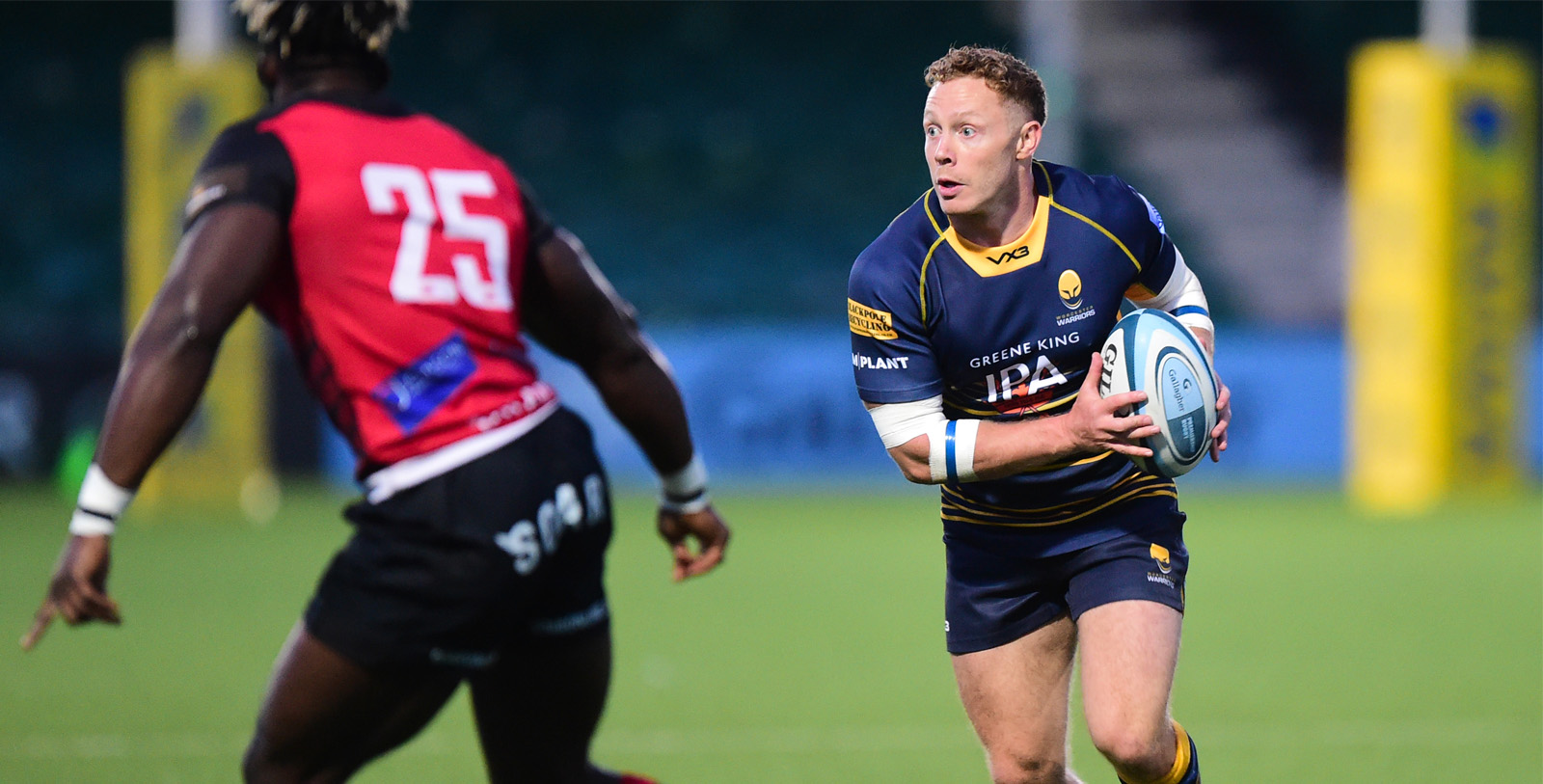 Scrum-half Luke Baldwin joined Warriors ahead of the 2015/16 Premiership season and made his debut against Wasps in January 2016.

Baldwin scored successive tries against Zebre and La Rochelle in the European Challenge Cup during his first season at the Club and was a key member of the first-team squad after injury to Jonny Arr. He was rewarded with a new contract in February 2016.

The livewire nine crossed for two tries in nine games in 2017/18 but missed most of the season through injuries.

Baldwin was an integral part of the Bristol side which reached the 2013/14 Greene King IPA Championship play-off final and made a total of 25 appearances for the Ashton Gate side.

Baldwin, who signed a three-year contract extension in 2018, had a spell on loan at Harlequins late in the 2018/19 season and was also included in an England Sevens training squad where he suffered a shoulder injury.

He began his career at Saracens and made five first-team appearances after signing his first professional contract with the side in 2010.

He signed on dual registration with Bedford Blues from 2011 to 2013 and was a key member of the side which narrowly missed out on Greene King IPA Championship play-off success in his final season at Goldington Road.

The scrum-half joined Dragons on a season-long loan for 2019/20 and scored a try for the Welsh region against Warriors at Sixways when he came on as a second half replacement in a European Challenge Cup match in December 2019.

Baldwin extended his loan spell with Dragons in July 2020 and left Warriors in the summer of 2021.