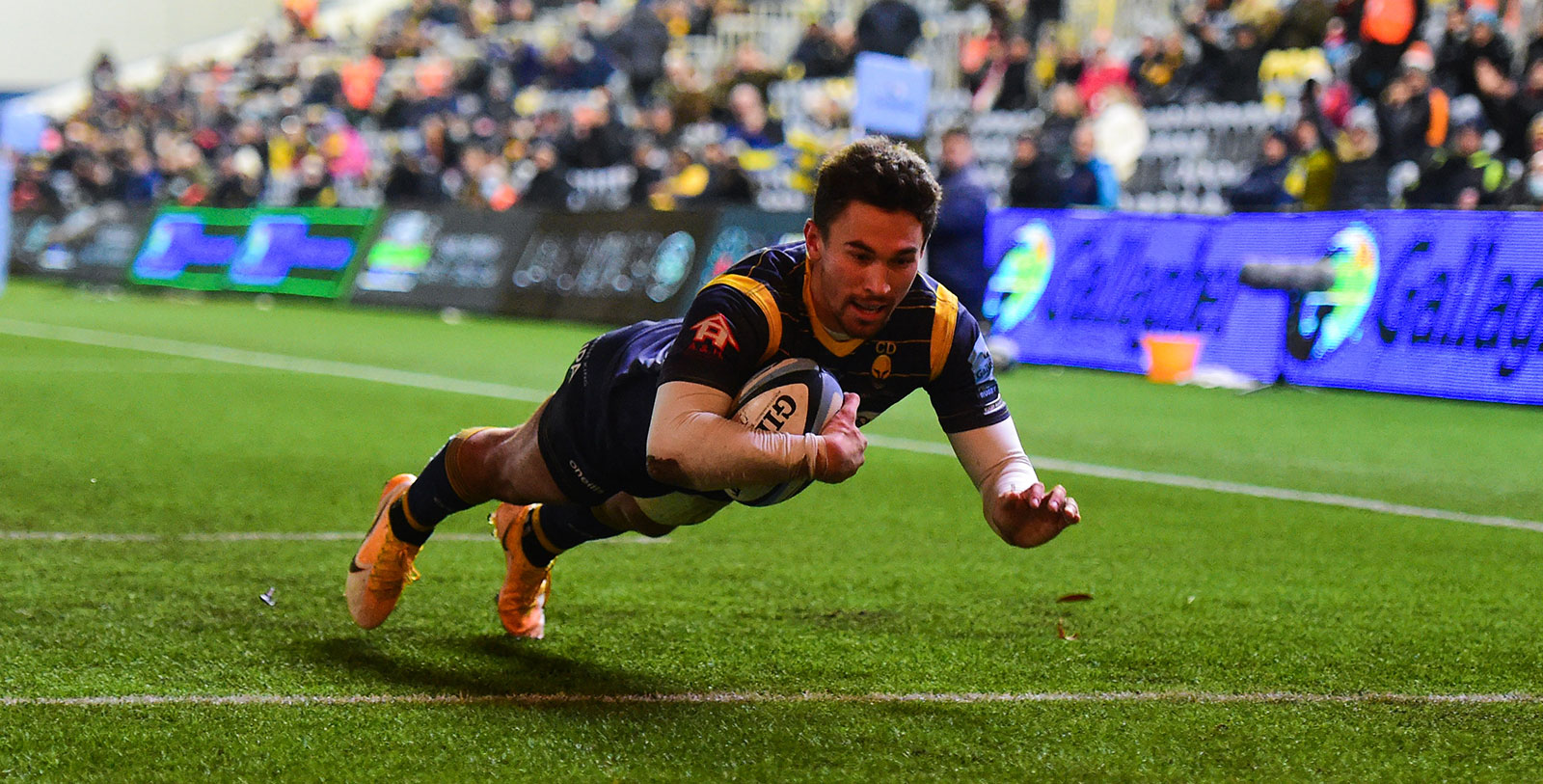 Nick David joined the Warriors Senior Academy ahead of the 2017/18 season.

David made a composed senior debut in the Premiership Rugby Cup match against Saracens at Allianz Park in November 2018.

He again impressed against Saracens in the Premiership Rugby Cup semi-final at Sixways in February 2019 but his season was ended by a shoulder injury which he sustained scoring his first try in that match.

He celebrated his Premiership debut by scoring a try in the 22-21 defeat by Bath at Sixways in February 2020 and scored another try against Bristol Bears the following week.

Those performances helped secure David a place in Warriors' senior squad for the 2020/21 season.

He scored a try after just 41 seconds - Warriors' fastest in the Premiership - in the defeat at Gloucester in February 2021 and joined Harlequins ahead of the 2021/22 season.

The exciting young full-back played six times for Worcester Cavaliers in their 2017/18 Premiership Rugby A League campaign as they finished third in the Northern Conference.

David is a NatWest Cup winner at Under 15 and 18 levels with Warwick School and has featured for England from Under 16 to 19 levels.

He also helped Warriors Under 18s to their fifth-place finish in the Premiership Rugby Under 18 Academy Finals Day, as they defeated Saracens at Sixways in February 2017.