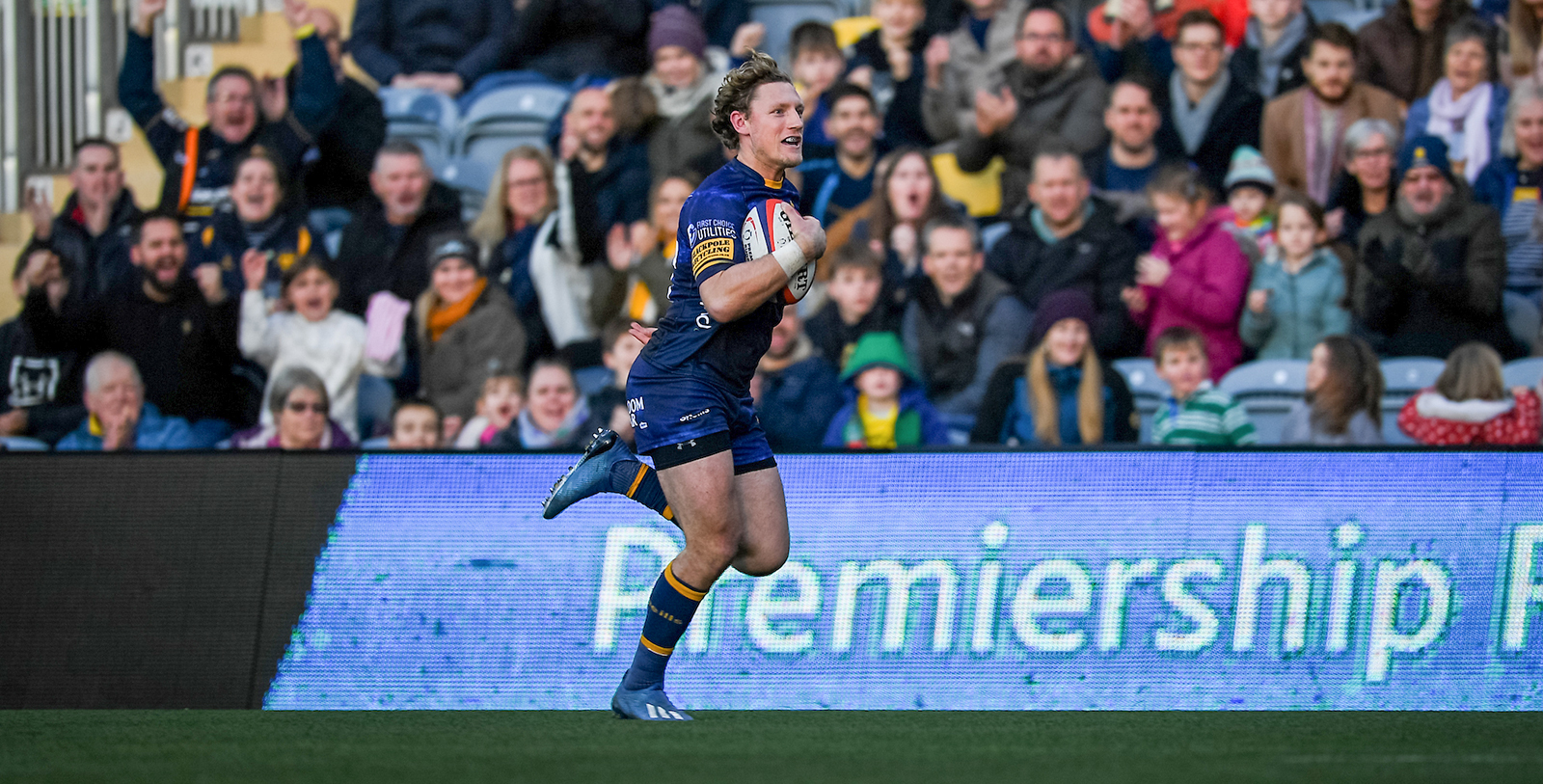 Tom Howe joined Warriors from the Wasps Academy in the summer of 2017.

During his time at Sixways Howe has established a reputation as a potent try-scorer across all competitions.

Howe's haul of 11 tries in first team competitions in 2018/19 included a last minute winner against Leicester Tigers at Sixways in the Gallagher Premiership in February.

He scored his first hat-trick of tries for Warriors in the Premiership Rugby Cup defeat by Exeter Chiefs at Sixways in October 2019, scoring his first from a driving maul, the second after a brilliant break by Jamie Shillcock and his third from a superb chip-and-chase.

The exciting young wing was a regular through the England age-groups having helped the Under 20s to the Junior World Championship title in 2016.

The winger also impressed at the 2016 Singha Premiership Sevens where he scored in the final as Wasps won the tournament.

Born in Milton Keynes, Howe cut his teeth at Beaconsfield RFC and enjoyed loan spells at Championship side Jersey Reds and also with Coventry Rugby in National League One in 2017/18. He returned to Coventry on loan at the start of the 2021/22 Championship season.