Worcester Warriors Women (formerly known as Worcester Valkyries) are one of only ten clubs nationally that compete at the highest level of English elite women’s rugby – the Allianz Premier 15s.

Warriors Women pride themselves on being a progressive, aspirational Club who work with both international and local talent to maximise individual player growth and development. With all of Warriors Women’s home games being hosted on the state-of-the-art Artificial Grass Pitch at Sixways, and with access to outstanding training facilities, Worcester Warriors Women truly is the place to be for any ambitious female rugby player.

Worcester Ladies were established in 1993 and since then the Club has gone from strength to strength, being crowned Premiership champions for the first time in their 20-year history in the 2012/13 season, and regularly finishing in the top four of the Women’s Premiership. In 2016, Worcester Ladies joined up with Warriors – and were renamed Worcester Valkyries, before becoming Worcester Warriors Women ahead of the 2019/20 campaign – signalling a new era for the team.

The Club also has a long history of international success, with many players going on to represent their countries in World Cups and international tournaments such as the Six Nations.

Warriors Women are always welcoming to aspirational rugby players, regardless of age or experience, and you will find outstanding and experienced coaching staff as well as a supportive team environment to enable you to develop holistically and meet your potential. Anyone interested should email women@warriors.co.uk.

You can visit the Allianz Premier 15s website here. 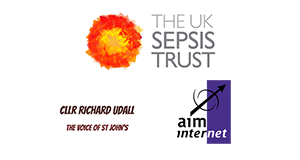 If you would like to sponsor Worcester Warriors Women, we have a number of commercial opportunities available. Please email vip@warriors.co.uk.