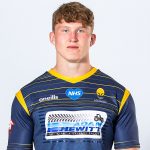 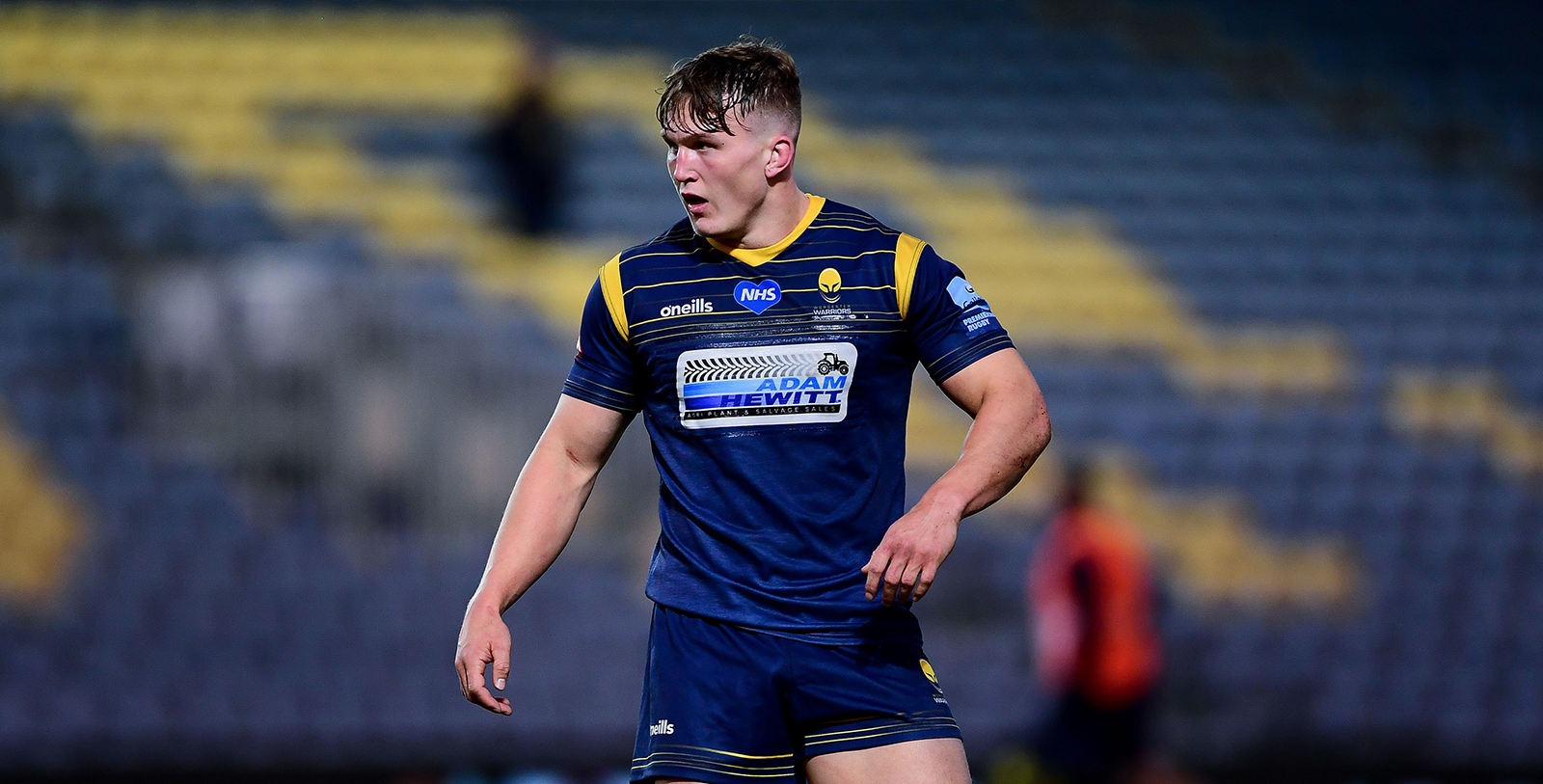 Ted Hill became the club’s youngest ever captain when appointed to the role aged 21 ahead of the restart to the 2019/20 season. 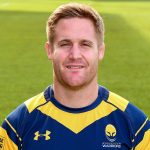 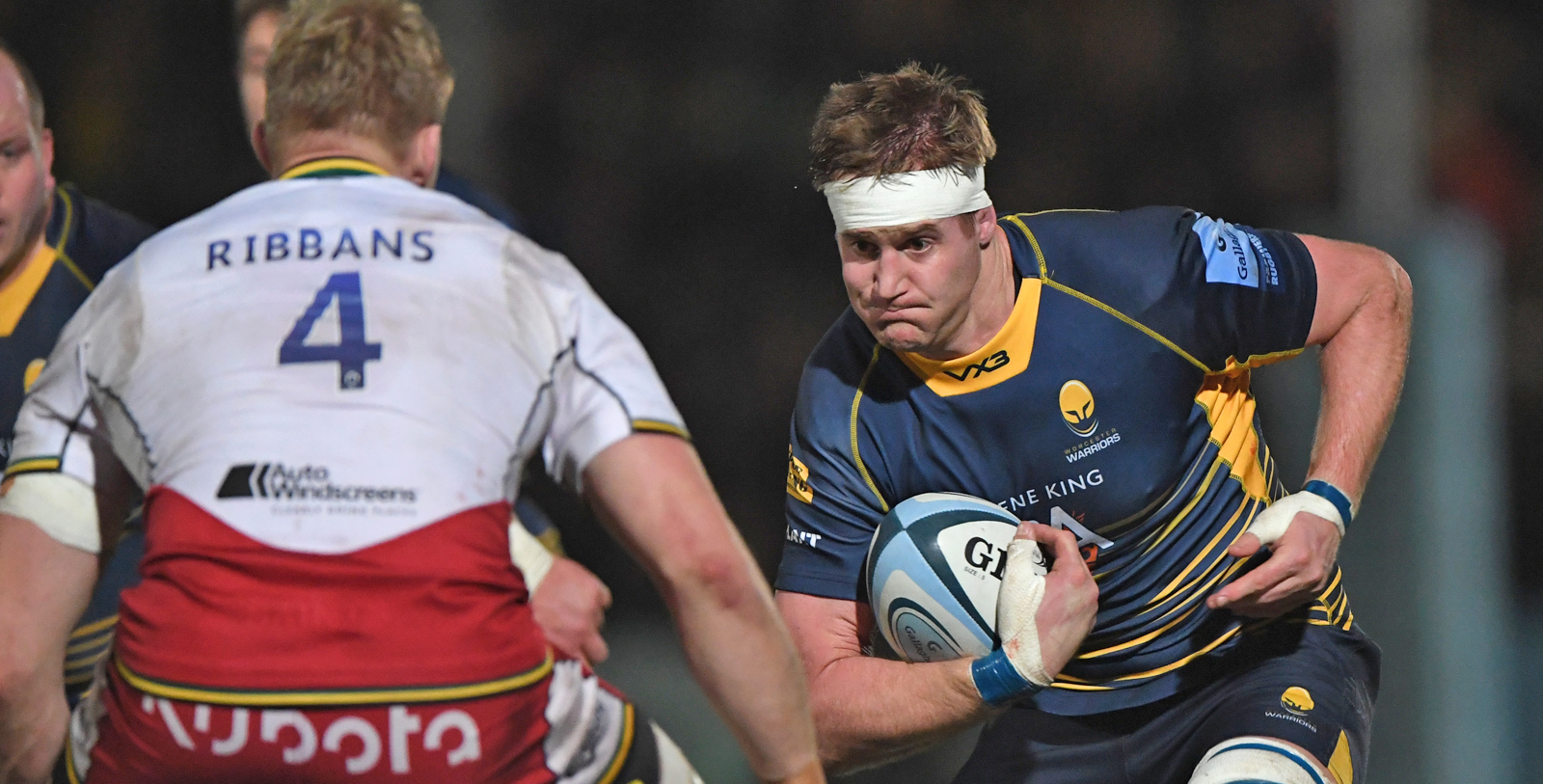 Gerrit-Jan van Velze arrived at Sixways in the summer of 2014 after two years at Northampton Saints.

The South African was handed the captain’s armband in his debut campaign at Sixways, making 23 appearances and leading Warriors back to the Aviva Premiership at the first time of asking.

Van Velze retained the armband in the Aviva Premiership and became a key figure in the 2015/16 season, scoring four tries in 17 games while his leadership was key in Warriors’ impressive run of five wins out of six to steer clear of relegation.

The 2016/17 campaign saw Van Velze suffer a head injury in the first game of the season which ruled him out for the rest of the campaign but he returned to play 20 Premiership games in the 2017/18 season.

While at Northampton, the number eight played 45 games and came on as a replacement during the 2012/13 Aviva Premiership final against Leicester Tigers at Twickenham, while also featuring regularly in the Heineken Cup.

Before his move to England, Van Velze was part of the Blue Bulls squad and twice captained the province’s junior team to the Vodacom Cup.

He also captained South Africa Schools and was nominated for the IRB Under 19 Player of the Year in 2007. 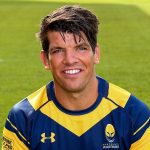 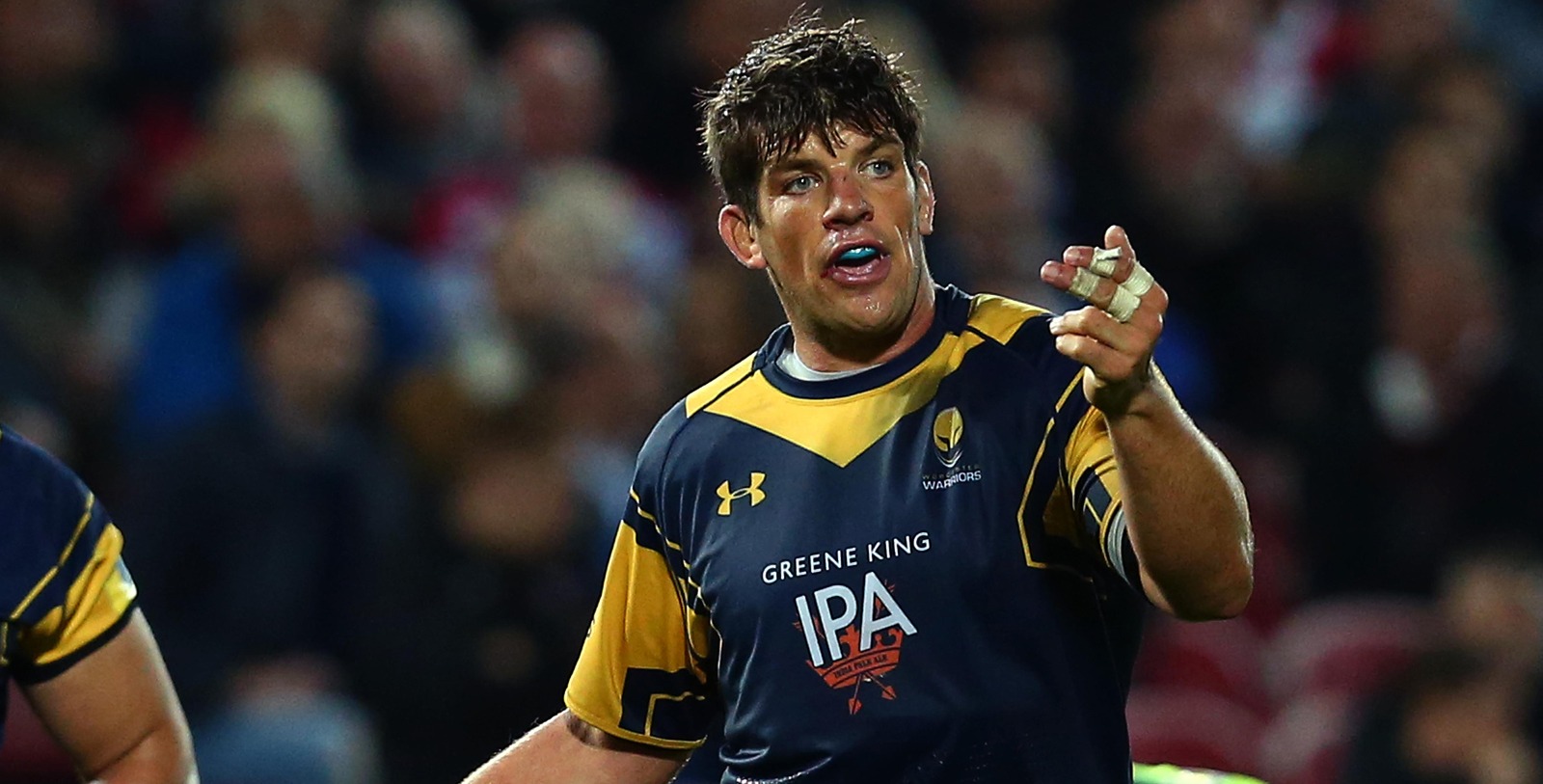 Donncha O’Callaghan was named Warriors captain ahead of his final season at Sixways at the start of the 2017/18 Premiership campaign.

The Ireland and British & Irish Lions legend went on to make 20 appearances during his final season at Warriors to take his total Club appearances to 63 during his three years at Sixways.

O’Callaghan had a big impact during his time at Sixways and was voted WRSC’s Player of the Season in 2016 and 2017. 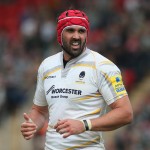 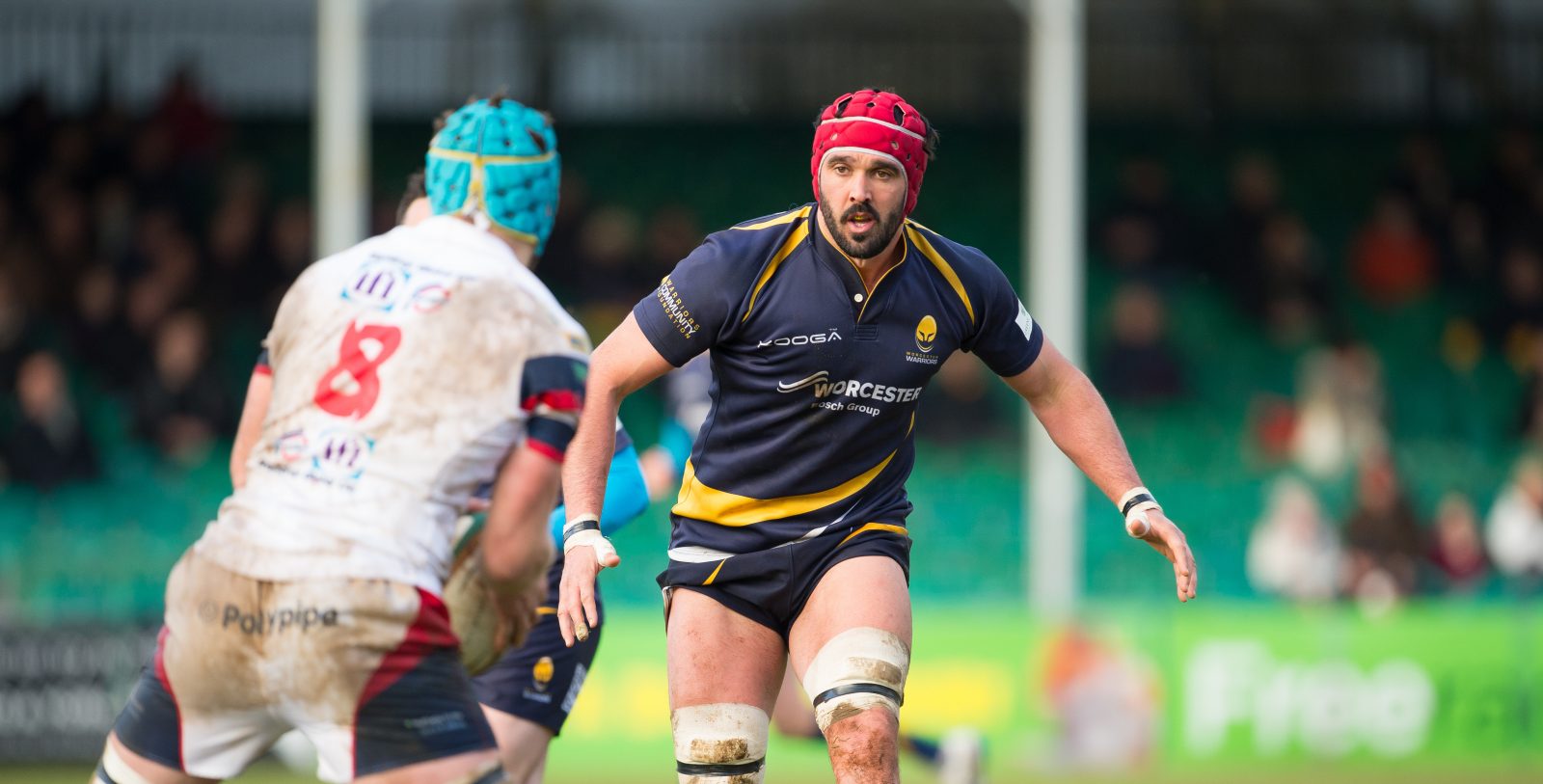 Vastly experienced back row Jonathan Thomas joined Warriors from Pro 14 side Ospreys in the summer of 2013 and was instantly named captain.

Warriors were relegated to the Championship during Thomas’ season as captain, but he played a key role as his side were promoted back to the Premiership at the first time of asking in 2015.

Thomas went on to make 44 appearances during his time at Sixways before he was forced to retire from the game due to a head injury.

After breaking into the Wales set-up during the summer tour to Australia in 2003, he later played a starring role at the 2003 Rugby World Cup.

The Pembroke-born ace was then named in eight consecutive Six Nations squads between 2004 and 2011 and featured in the Grand Slam winning teams of 2005 and 2008.

Thomas was also selected in Wales’ 2007 Rugby World Cup squad and appeared against Canada before scoring against Australia. 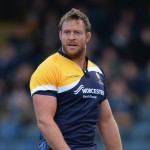 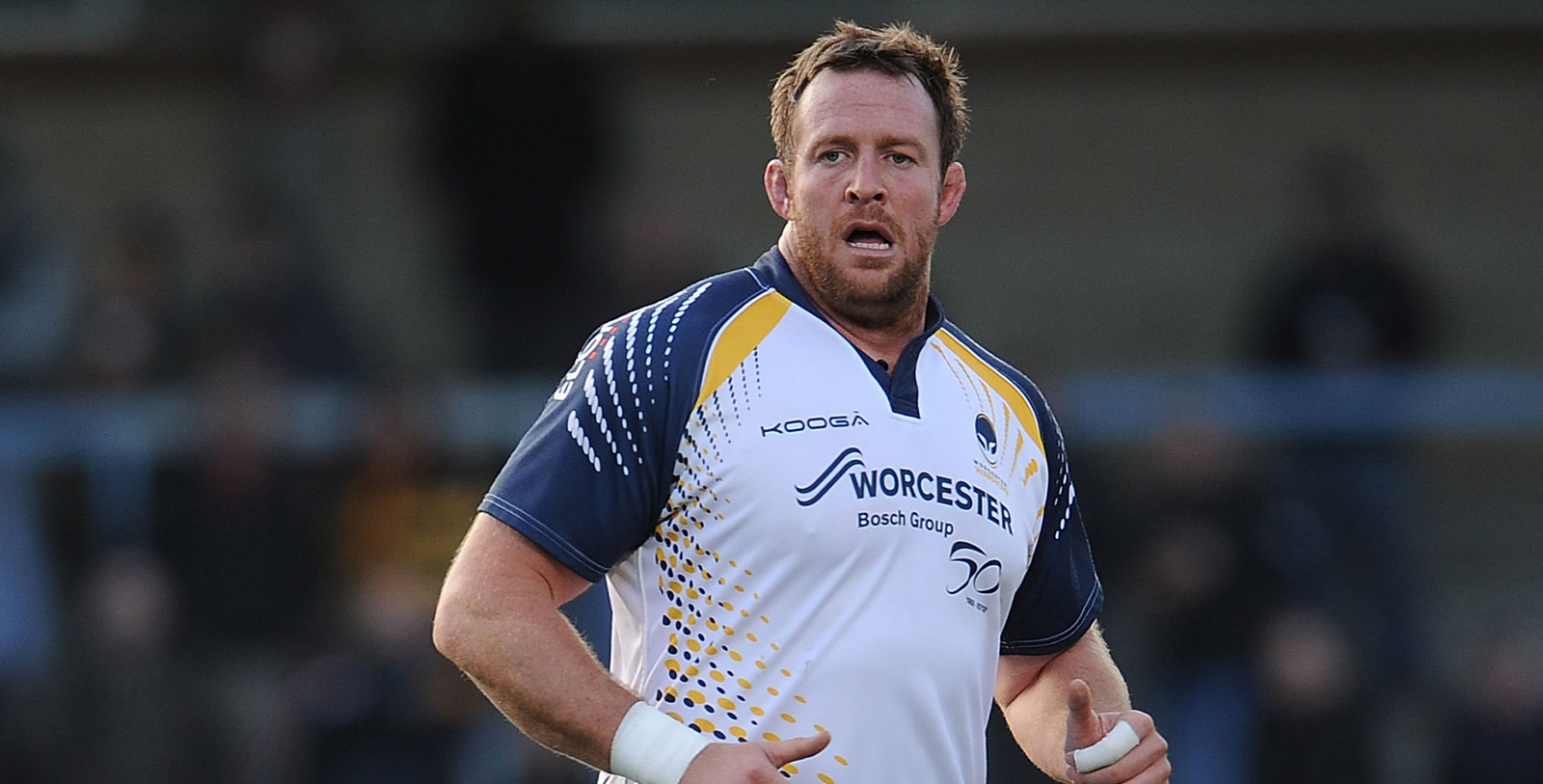 The destructive second row, who had previously won the Premiership with Sale Sharks, led his side to an eleventh-place finish. 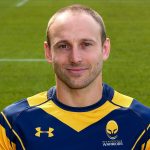 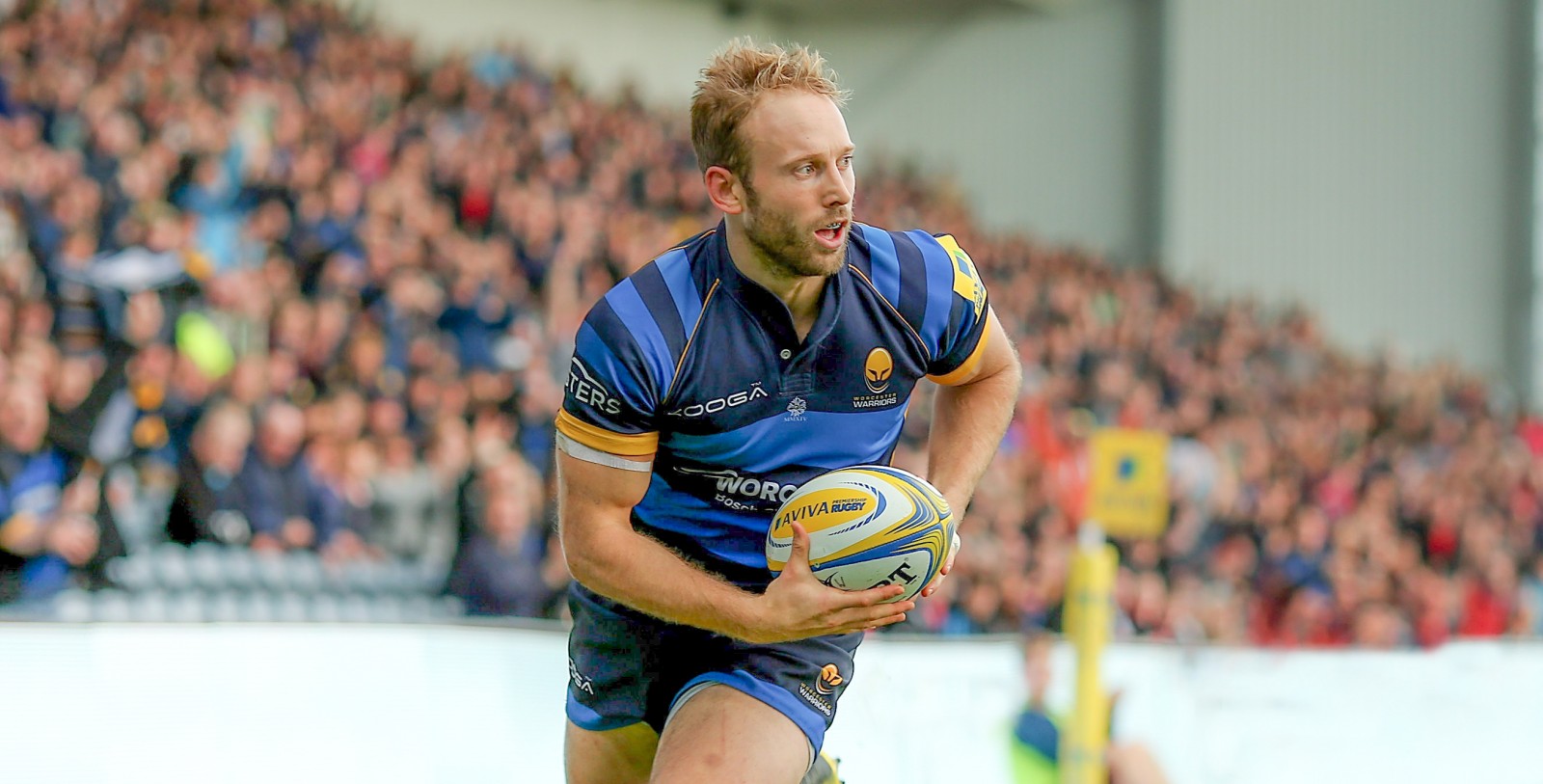 Having spent his entire rugby career at Worcester Warriors, Chris Pennell is certainly someone who can be described as a true Club legend.

Worcester born-and-bred, the full-back is a product of the Warriors Academy and burst onto the scene in 2007 when he made his Premiership debut against Bath Rugby.

Pennell has gone on to enjoy an outstanding career at Sixways, captaining the team between 2010 and 2012, helping the Club to two Championship promotions and becoming a double centurion in May 2018.

Pennell was shortlisted for the Premiership Player of the Season award in 2014 and was an ever-present for his side during the 2013/14 and 2015/16 Premiership campaigns.

During his time at Sixways, Pennell has become a full England international, making his debut against the All Blacks at Eden Park and impressed for England later on the tour as he crossed the whitewash and assisted a try in the win over the Crusaders.

Pennell was then named man-of-the-match for England Saxons as they beat Ireland Wolfhounds in January 2015. 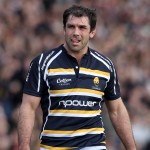 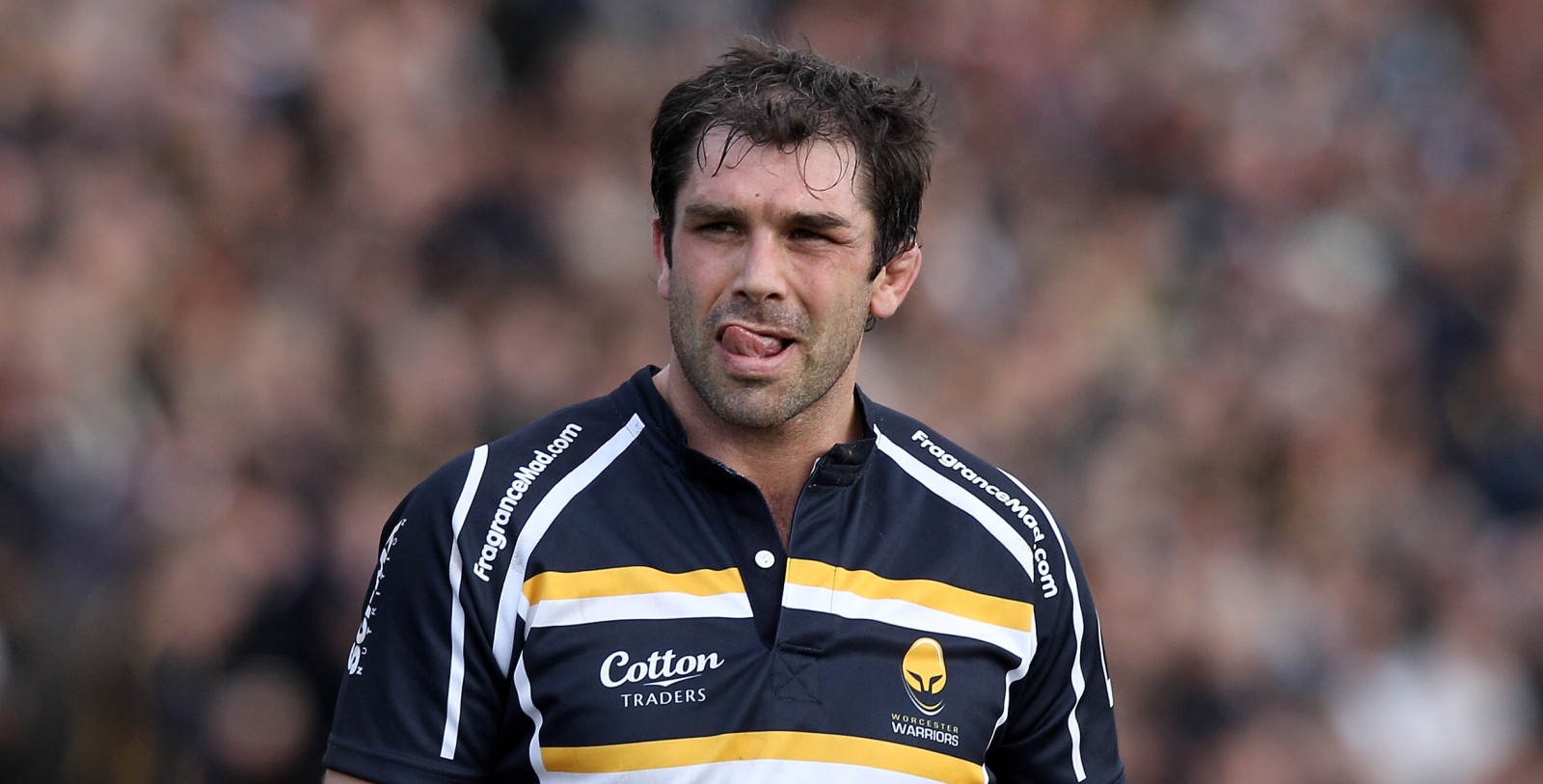 Talismanic former Warriors skipper Pat Sanderson joined the Club in 2004 and led the team for six seasons in the top-flight of English rugby.

He played a total of 156 games for Warriors during seven seasons, scoring 24 tries.

The back row and former England international captain announced his retirement from professional rugby in August 2011 on medical grounds after suffering a serious shoulder injury in the RFU Championship play-offs against Bristol. 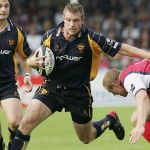 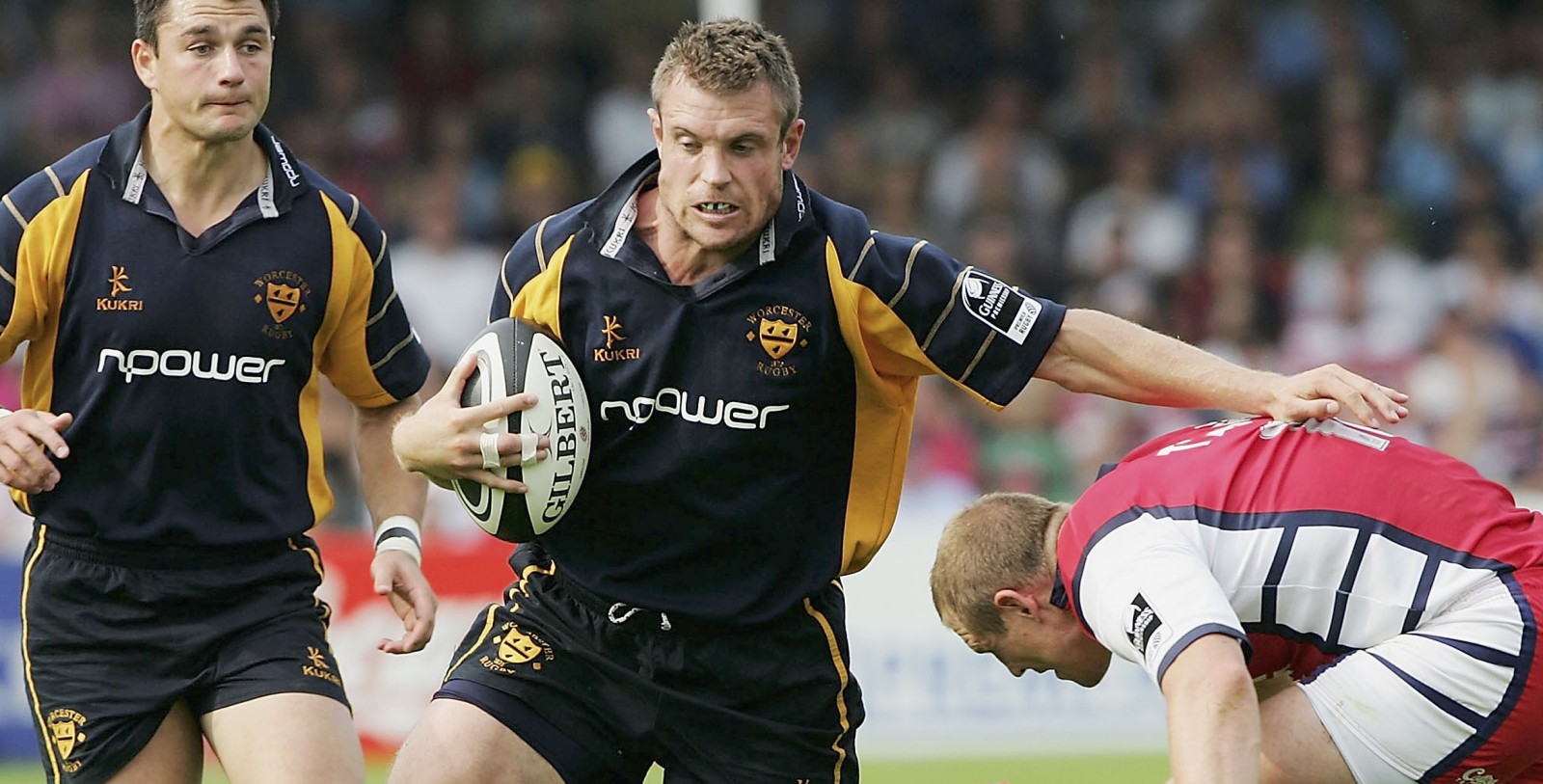 He joined the University of Sydney Rugby Union team where, as a centre, he helped secure the 2001 Premiership before leaving for England where he played full-back for Worcester Warriors.

He was been capped by Scotland and played in the 2003 World Cup before retiring from the game in 2005. 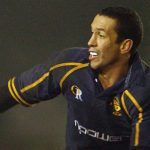 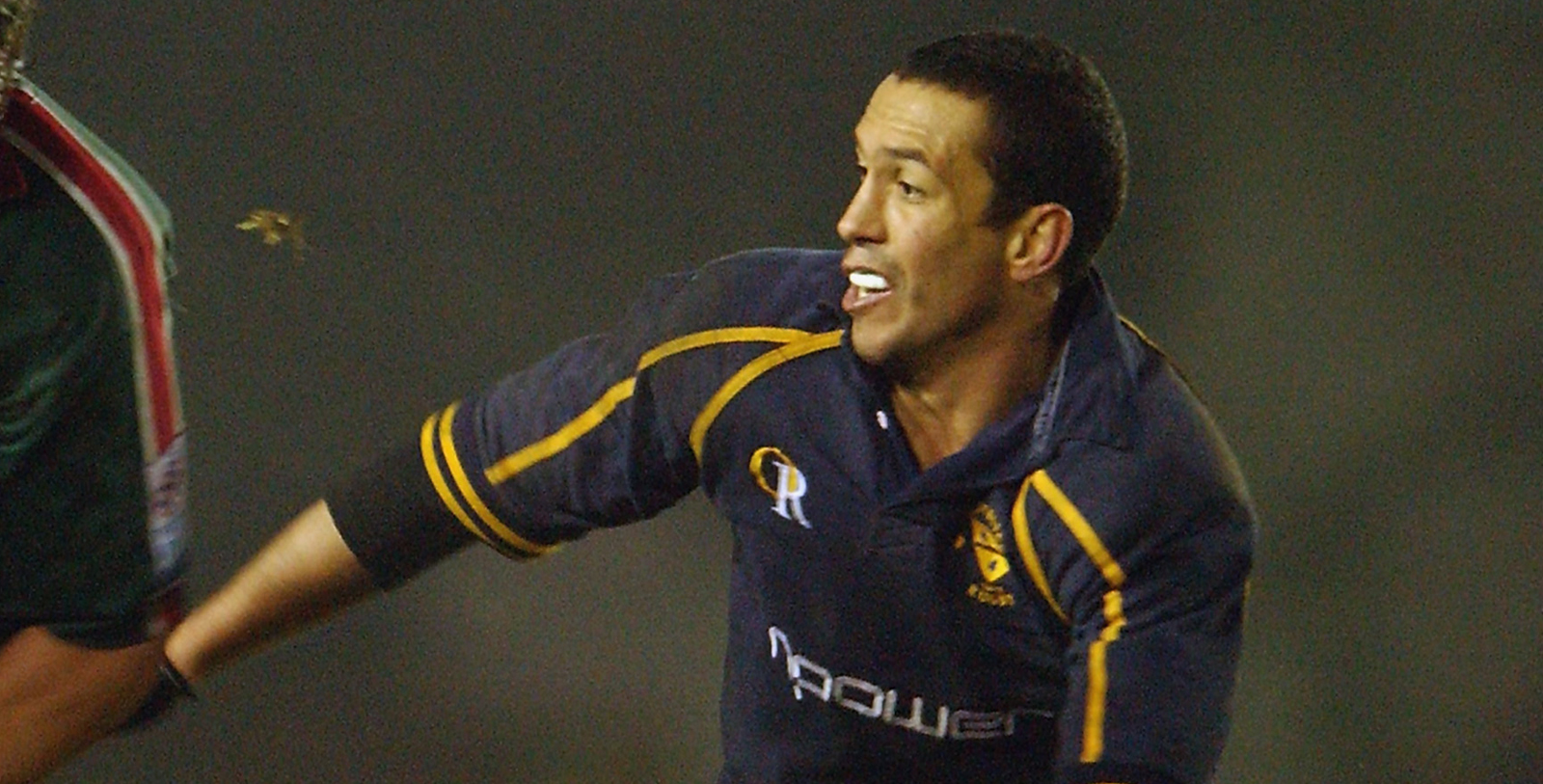 South Africa international Werner Swanepoel will always be fondly remembered at Sixways as the captain as Warriors first won promotion to the Premiership.

The Bloemfontein-born scrum-half made a total of 20 appearances for the Springboks and returned to his homeland after his spell with Warriors. 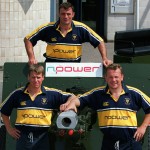 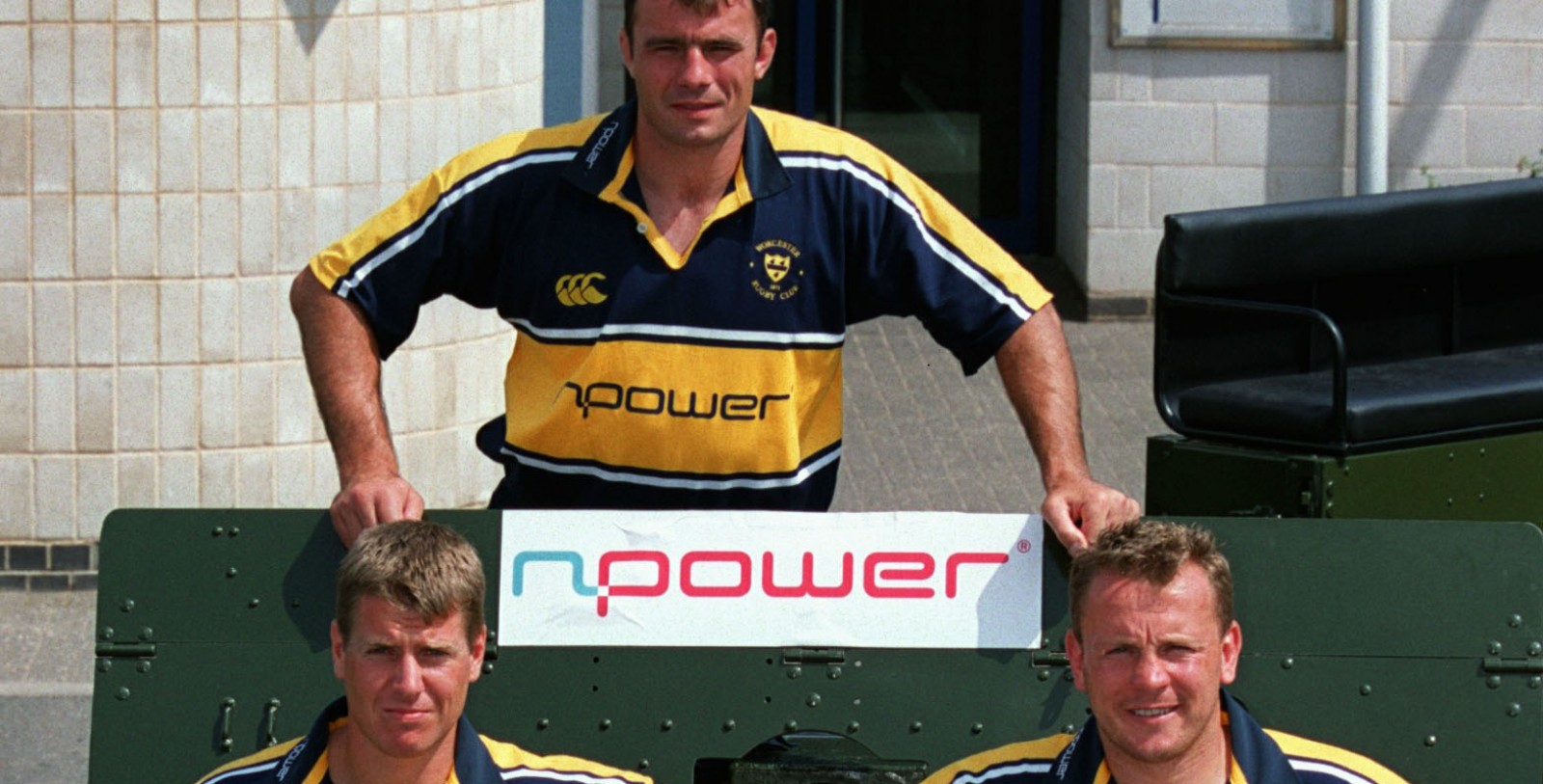 Kingsley Jones won ten caps for Wales between 1996 and 1998, once as captain. As a flanker, he played his club rugby for Ebbw Vale RFC, Pontypridd RFC, Gloucester Rugby and Warriors, where he captained the team from 2001 to 2002.

He also had a brief spell as Player Coach at Doncaster Knights before moving to Sale Sharks as Forwards Coach. He left Sale in 2011 and was appointed Head Coach of Russia.

Kingsley’s son Dorian had a brief spell with Warriors at the end of the 2017/18 season after joining on a short-term deal. 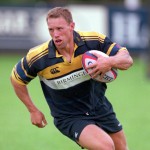 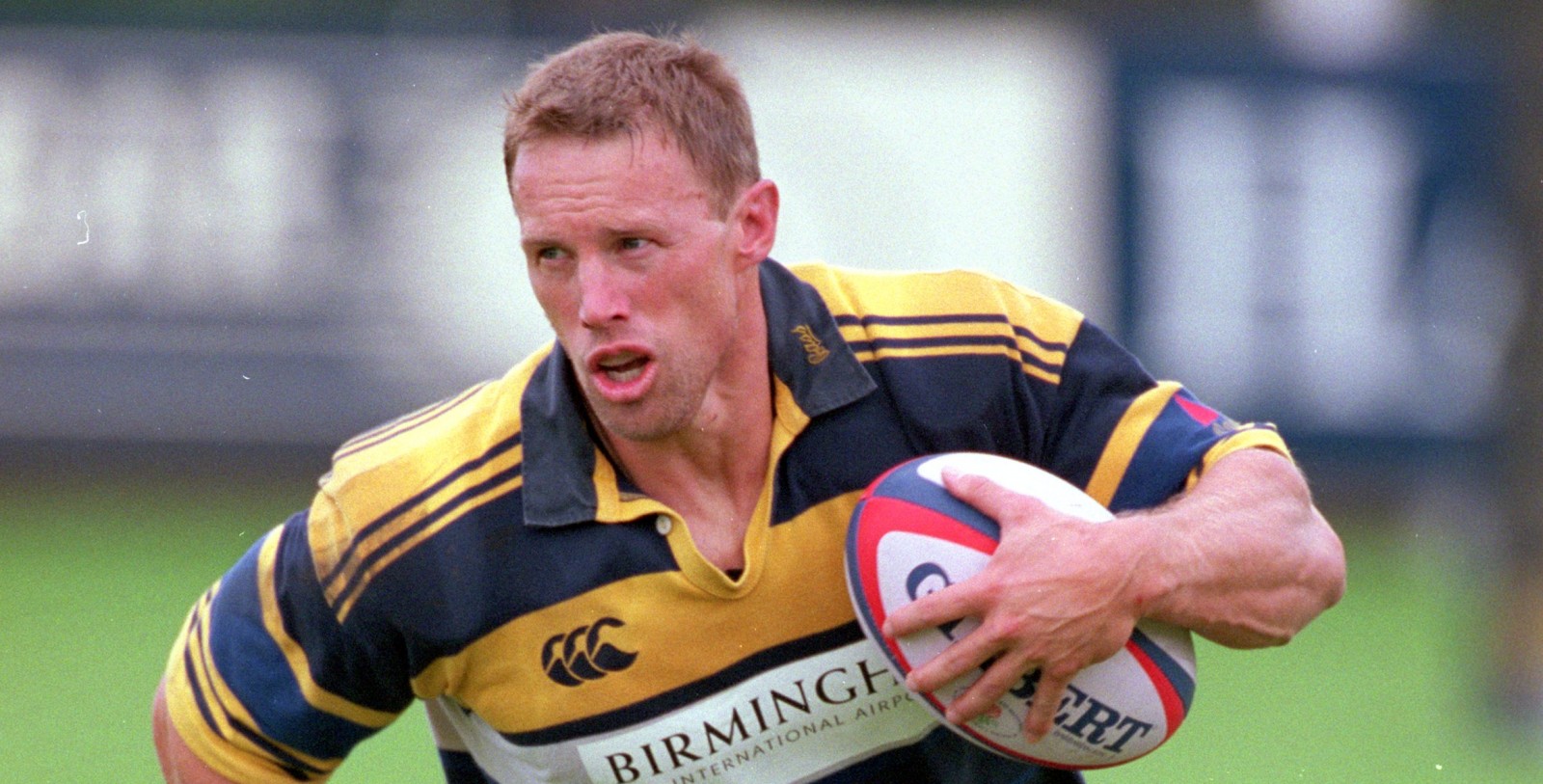 Australia international centre Alistair Murdoch joined Warriors from Bedford Blues and captained the Club in the National Leagues before leaving in 2001. 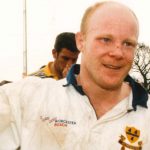 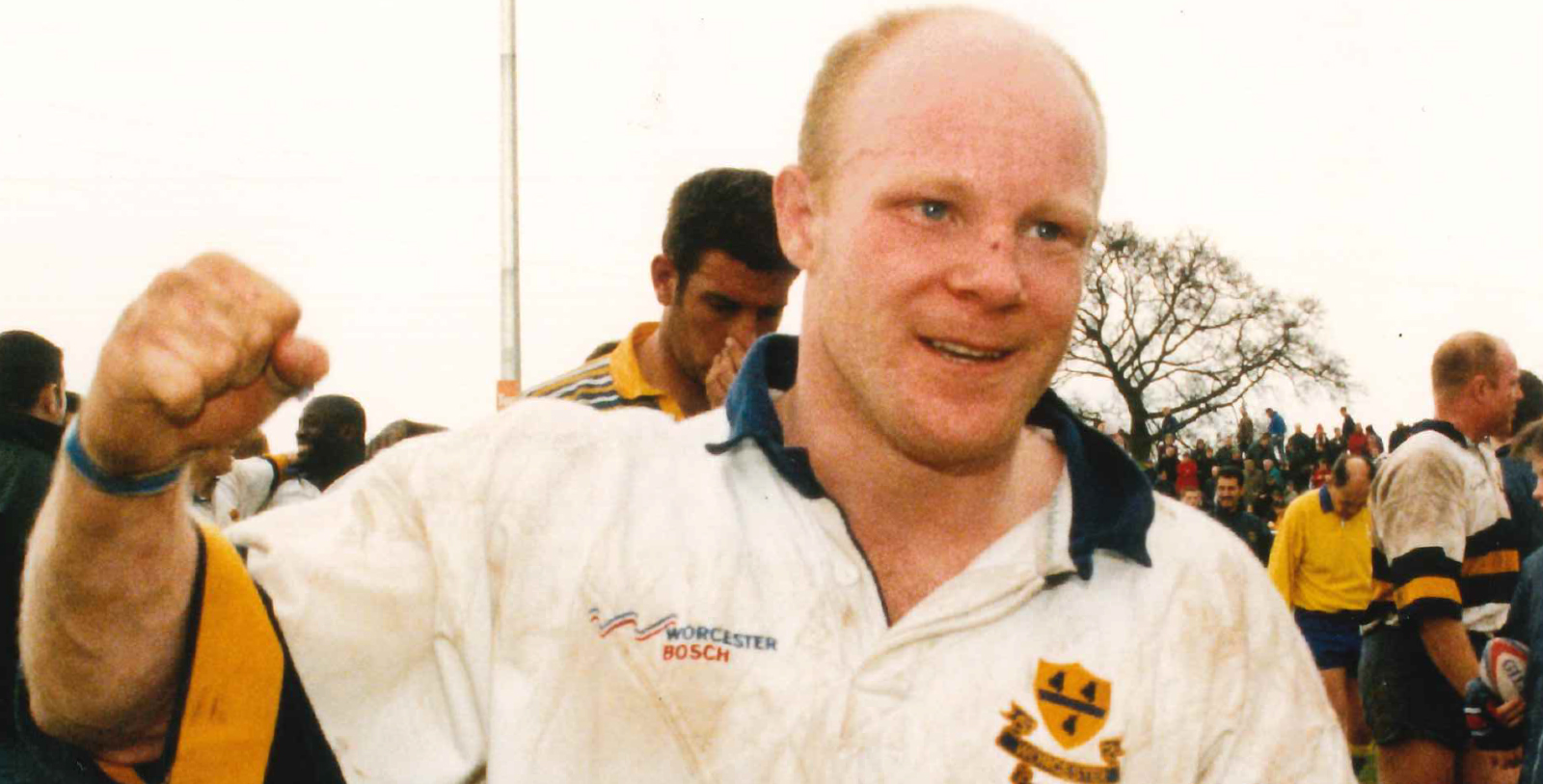 The scrum-half joined Warriors from Gloucester Rugby in 1996 and led the Club to two championships and the brink of Premiership One.