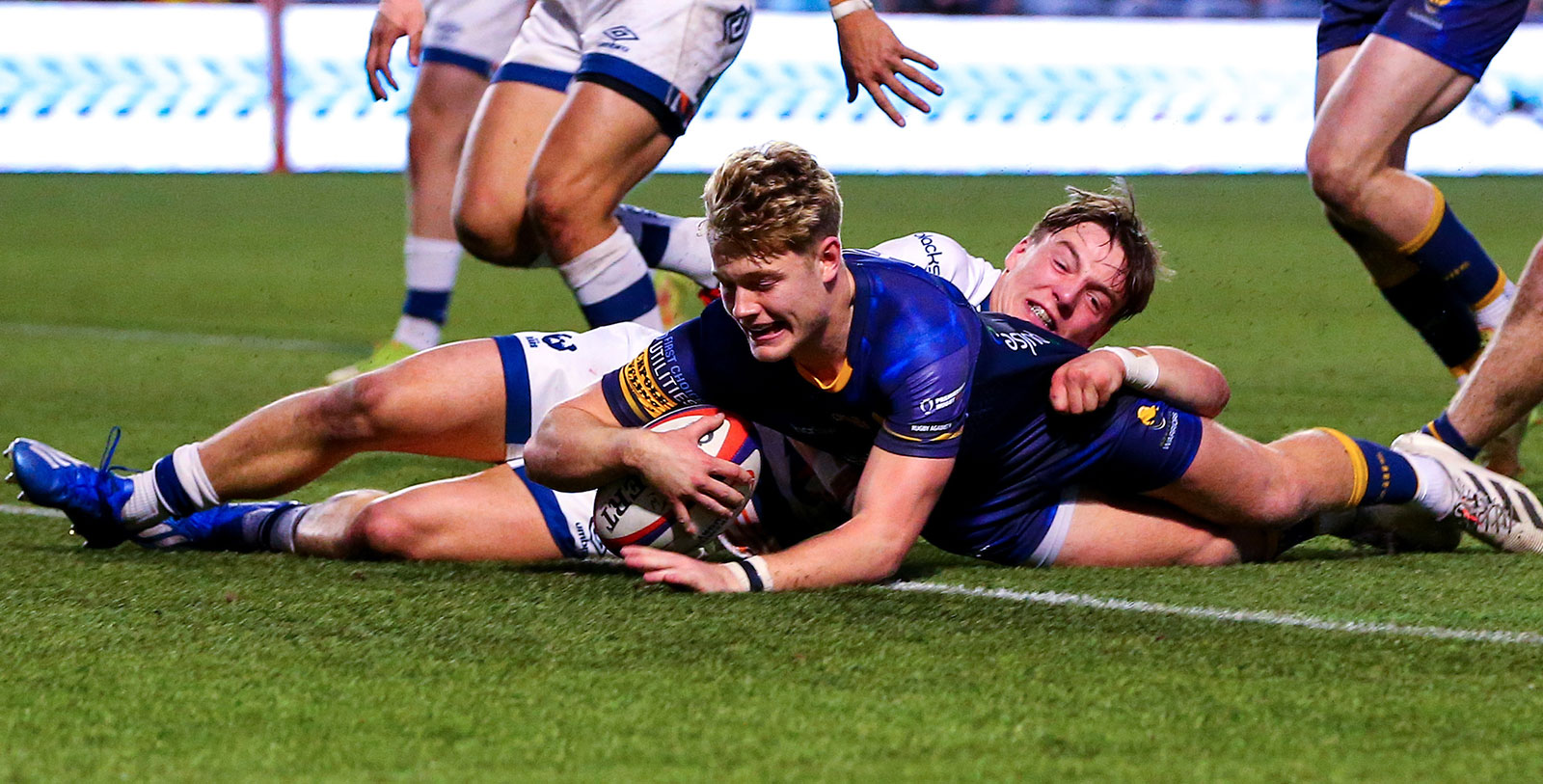 Fin Smith became the youngest player to start for Warriors in the Premiership when he lined up at fly-half against Bath Rugby at The Rec in March 2021 at the age of 18 years and 313 days.

A month earlier he had become the second-youngest player, after Graham Kitchener, to play for Warriors in the competition when he made his debut off the bench against Gloucester Rugby at Kingsholm.

After a tough baptism in the first half at Bath, Smith showed glimpses of his immense talent in the second half and was given three more starts before the end of the season.

Smith’s form for Warriors earned him selection for England Under-20s for the delayed 2021 Six Nations in Cardiff and he was an influential player in their Grand Slam campaign, scoring 31 points including a try against Scotland. He was again named in England Under-20s EPS for 2022.

Smith played his formative club rugby at Shipston-on-Stour in Warwickshire and at Warwick School where he was team-mates with Harry Spencer and Jack Forsythe.

All three joined the Three Pears Warriors Academy in the summer of 2020 with Smith playing in every match for Warriors in the Premiership Rugby Under-18s Academy League in 2019/20.

Smith had a spell on a dual registration with Ampthill in the RFU Championship at the start of the 2021/22 season before returning to Sixways after Owen Williams tore a hamstring.

Smith is the grandson of former Scotland loosehead prop Tom Elliot who won 14 caps between 1955 and 1958 and toured South Africa with the British and Irish Lions in 1955.