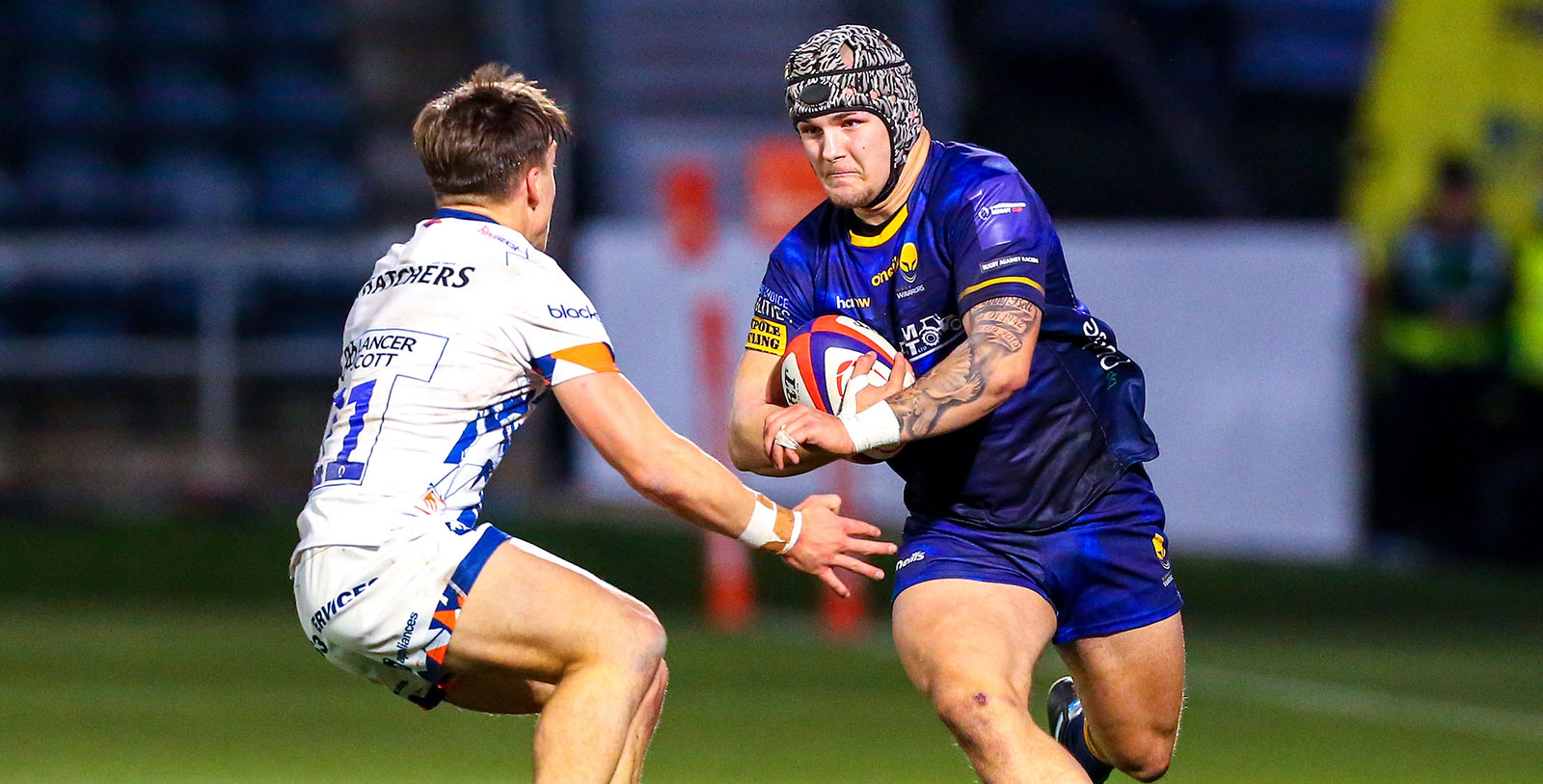 Hooker Finn Theobald-Thomas joined the Three Pears Warriors Academy in the summer of 2021 having graduated from the Diploma in Sporting Excellence programme at Stourport HS & Sixth Form College.

He played his formative club rugby from Wolverhampton and was part of the Warriors Under-18s side that finished third in the Premiership Under-18s Academy League in 2019/20.

Theobald-Thomas joined Stourbridge in National Two North on a dual registration at the start of the 2021/22 season and played one match for Coventry on a similar arrangement in the Championship in November 2021. He also made one appearance for Nottingham as a replacement later in the 2021/22 season.

He made his Warriors debut as a replacement in the crushing victory over Bristol Bears in the Premiership Rugby Cup at Sixways in November 2021.

Theobald-Thomas was called into the England Under-20s squad for the 2022 Six Nations and made his debut as a replacement in the defeat by Italy in Treviso.

He started in the next match against Wales at Doncaster and marked the occasion by scoring his first try for England from a driving lineout.