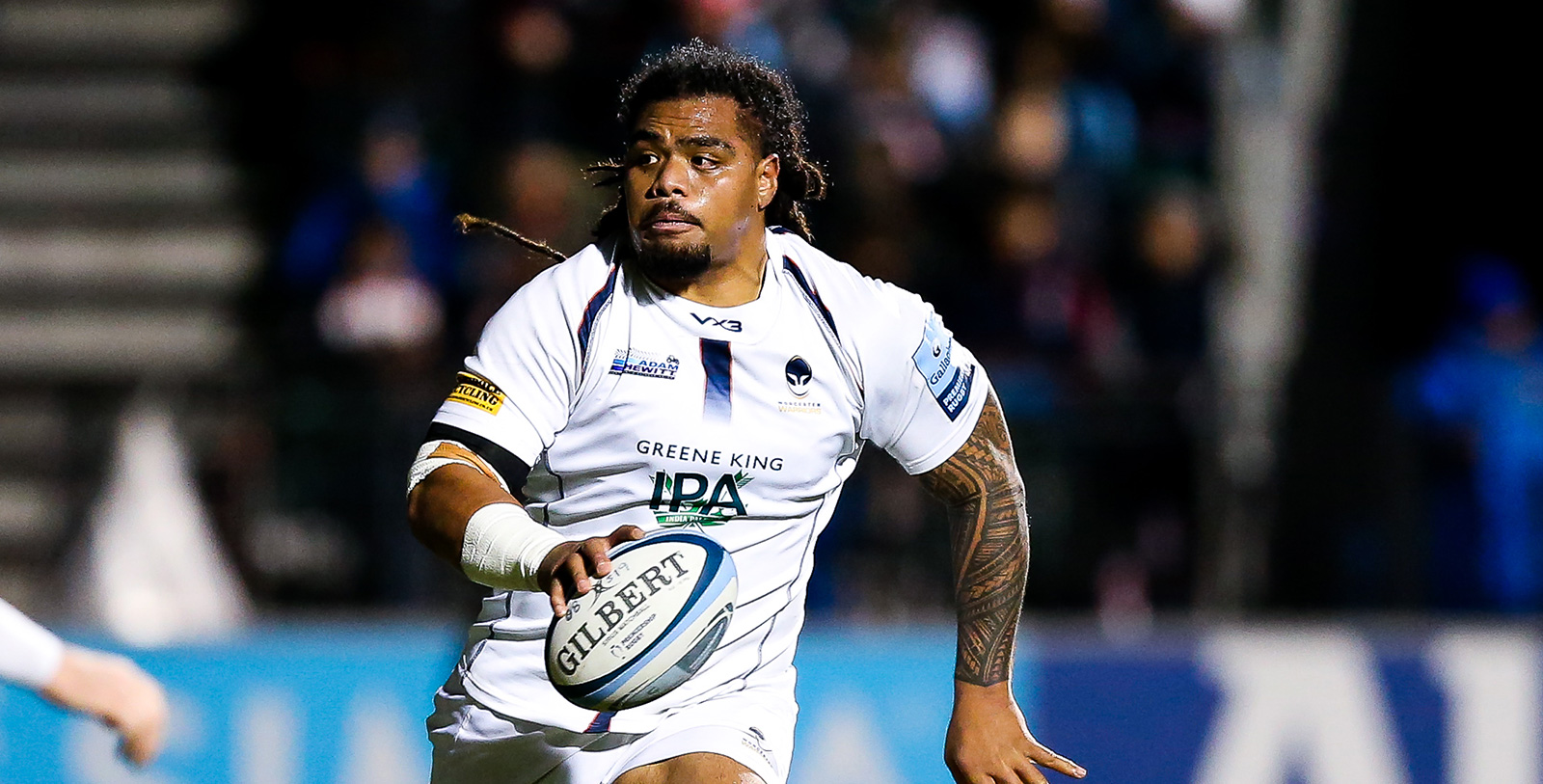 USA international Joe Taufete'e made rugby history in March 2019 when he broke the record for most tries by a front row forward in international rugby.

Hooker Taufete'e went into the match against Uruguay in Seattle - only his 21st international - level with former Ireland hooker Keith Wood on 15 career tries and broke the record in style by scoring a hat-trick.

Taufete'e first signed for Warriors in December 2016 on a contract until the end of the 2016/17 campaign.

In February 2020 it was announced that Taufete'e would be joining Lyon in France's Top 14 competition for the 2020/21 season.

The giant hooker made his Club debut in January at Brive in the European Challenge Cup and soon bagged his first Warriors try against Harlequins in the Anglo-Welsh Cup just a fortnight later.

After the birth of his first child, Taufete'e headed back to the USA to spend time with his family before returning to Sixways and making himself a mainstay of Warriors' Premiership side, starting the last five games of the 2016/17 season and scoring his first Premiership try against Sale Sharks in April.

The hooker then signed a permanent deal ahead of the 2017/18 season - a season where he continued to improve - making 15 appearances and scoring four tries which included a hat-trick in a win over Brive.

Taufete'e, who played American Football until 2011, made his international debut for the USA Eagles against South Africa at the 2015 Rugby World Cup. He started in all four Eagles matches at the 2019 World Cup in Japan.

His record-breaking achievement was recognised with the accolade of being shortlisted for the World Rugby Men's 15s Player of the Year award for 2019.

He also captained the USA Rugby Selects at the Americas Pacific Challenge developmental tournament in Uruguay in 2016.