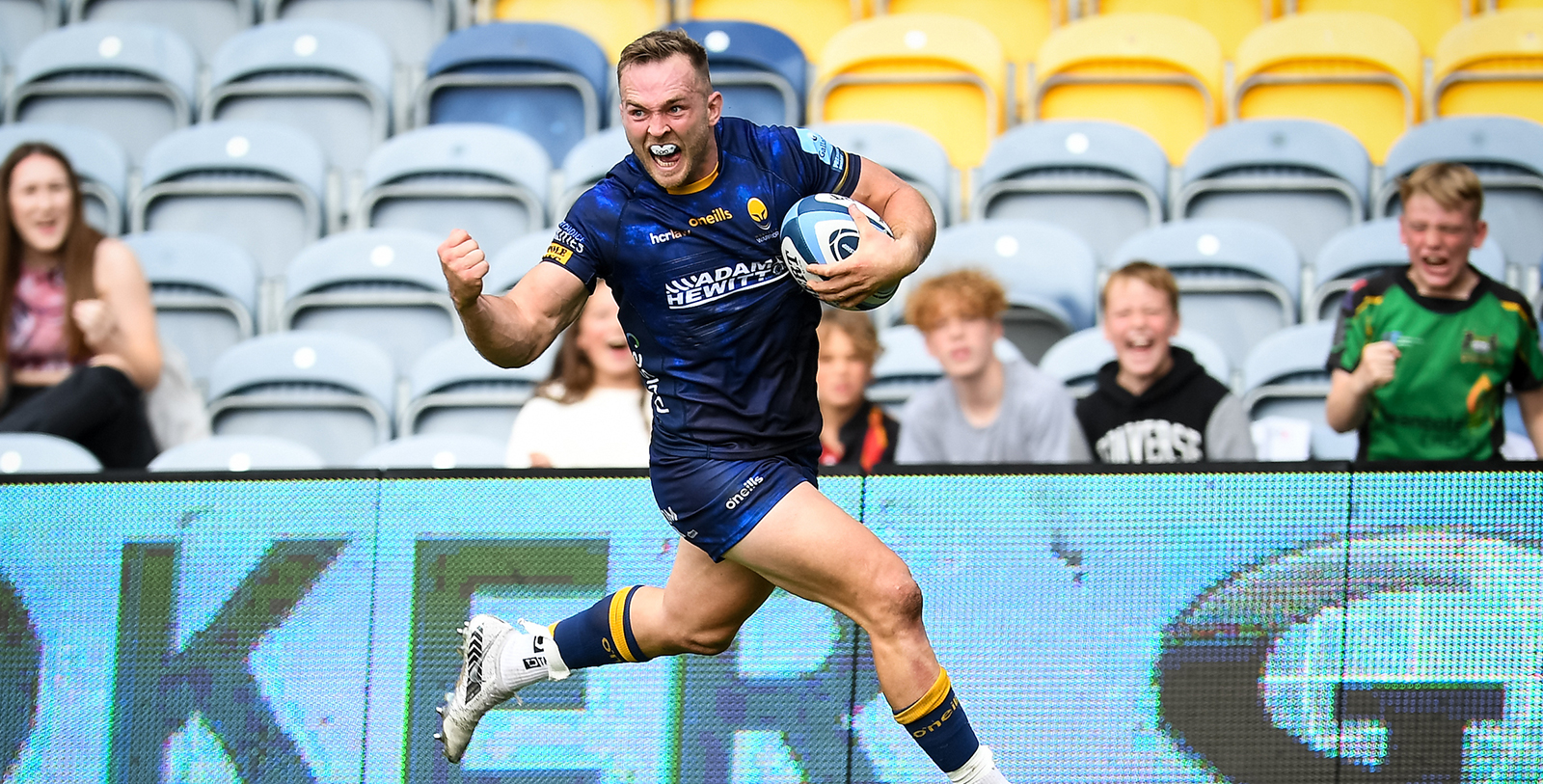 Perry Humphreys joined the Warriors Academy from Leicester Tigers in 2014 and made his first-team debut against Rotherham Titans in the Greene King IPA Championship later that year.

Humphreys scored his first try for the Club against Moseley in October 2014 and went on to score a fantastic solo effort against Leinster A in the British & Irish Cup semi-final to earn Warriors a place in the showpiece event, where he came on as a replacement as his side defeated Doncaster Knights to claim the trophy.

The versatile back, who can play at full-back or winger, was also an ever-present for Worcester Cavaliers during the 2014/15 season, scoring three tries in seven appearances as the young side reached the Aviva A League final.

Humphreys continued his development in the 2015/16 season and went on to feature in the European Challenge Cup while also scoring six tries for Worcester Cavaliers.

He was rewarded with a first-team contract in February 2016 and burst onto the Premiership scene at the start of the 2016/17 campaign, as he scored three tries in the opening four games of the season - including a sublime solo effort against Gloucester Rugby on his home Premiership debut - before picking up Warriors' Player of the Month award for September.

Humphreys went on to make 18 appearances during the 2016/17 campaign before being invited to train with the England squad ahead of their tour to Argentina in 2017.

The 2017/18 season saw Humphreys play 15 times for Warriors scoring six tries. His 2018/19 season was interrupted by injuries by Humphreys impressed in his 13 appearances and signed a contract extension in mid-season. He signed further extensions ahead of the 2021/22 and 2022/23 seasons.

Humphreys started the 2019/20 by scoring a try in Warriors' Premiership Rugby Cup victory over Leicester Tigers and scored three tries in as many matches at the start of the Gallagher Premiership campaign, including a first half brace against Exeter Chiefs.

He joined Warriors' Century Club when he started in the Premiership match at Sale Sharks in February 2022.

Before his move to Sixways, Humphreys made one appearance for Leicester Tigers in the Anglo-Welsh Cup against Welsh region Ospreys in November 2013.