Warriors Director of Rugby Mike Ruddock has today unveiled his new-look backroom team with the arrival of Clive Griffiths as his assistant and news that Billy McGinty has signed a two-year extension.

New arrival Griffiths previously worked alongside Ruddock when they famously guided Wales to their first Grand Slam in 27 years in 2005. That partnership has now been reunited with his move to Sixways on an initial two-year deal with an option for an extension.


Coach McGinty has put pen to paper on an extension to his existing deal to form part of a new-look coaching team at Warriors.

“I’m delighted that Clive is joining the coaching team and Billy has committed himself to Warriors with a new deal,” said Director of Rugby Mike Ruddock.

“Clive will be a very positive and driving influence upon the way that we intend to take things forward with the squad. He has a high level of experience and ability having previously coached with Swansea, Newport Gwent Dragons and Wales as well as his huge success in rugby league. He did a great job alongside me with Wales and I’m delighted to once again work together.

“Billy is a very impressive coach and there is no doubt he has contributed greatly to the success of the Warriors over the last few years. Billy will also be key to providing a personal player development programme for each individual at the club that links fully with the great work of the Academy, A team and senior side. He can drive that programme forward as well as providing his expertise at senior level.”

Griffiths has enjoyed a glittering coaching career and spent 10 years with the Welsh rugby league team, twice guiding them to the semi-final stage of the World Cup and winning the European Championship for the first time in 57 years. The 53-year-old also enjoyed a spell as Great Britain rugby league coach in 1996.

His first coaching role in union was with London Welsh for three seasons before roles as defence coach with Swansea and Newport Gwent Dragons. He joined the Wales set-up under Graham Henry and had five full seasons with the national side. His latest position was as Director of Rugby at Doncaster.

Griffiths said: “It is another challenge for me and I’m looking forward to linking up with Mike again and working in the Guinness Premiership to help move Warriors forward.

“I’ve had a fantastic time at Doncaster and leaving was a very difficult decision for me to make, I wish the club and players all the very best for the future. But I believe the time is right for me to make this decision.

“I’m full of confidence that we can be a successful team at Warriors. We know we will need to earn the respect of other teams in the division, but I’m sure we can bring a brand of rugby to the club that supporters will enjoy.”

“I’m very pleased to still be involved at the club and hopefully alongside Mike Ruddock and Clive Griffiths we will keep building on the work we did at the second half of last season,” said McGinty. “The team was moving forward and there is still a lot of potential, hopefully we can develop them and become a real force in the Guinness Premiership.”

Strength & Conditioning Co-ordinator Keir Hansen also moves into his second full season at Sixways. Hansen previously worked for five successful years with the New Zealand Warriors Rugby League team and alongside Warriors Conditioner Stuart Pickering will be working with the new squad for pre-season training from mid-June. Analyst Mike Hall will continue to provide his expertise and Tony Boddy remains as Team Manager. 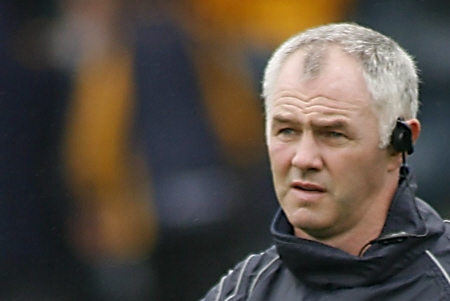