The 28-year-old lock, who has made three appearances for the All Blacks, has moved from Auckland Blues on a deal that will keep him at Sixways until at least 2010.


Rawlinson, who is 18 stone and 6ft 7in, was born in South Africa and moved to New Zealand in 2002. The second row rejected overtures from the Springboks to remain in All Black contention and was rewarded with a call-up to face Ireland in June 2006. He became only the second ever South African-born All Black, the other being Andrew Mehrtens who was also born in Durban.

Worcester’s Director of Rugby Mike Ruddock said he was delighted to swoop for a player who most recently played for Blues against Sharks in this year’s Super 14 semi-final.

“Greg is an exceptionally talented lock and his signing is a clear illustration of where we want to take the club,” said Ruddock. “This underlines the ambition of Worcester Warriors and the way we plan to play will suit Greg’s strengths.

“It is crucial we maintain our dominance in the forward pack and the second row was an area I targeted as one to strengthen, we have truly done that by capturing a New Zealand international. Greg has built a big reputation for himself in New Zealand as one of the best lineout forwards and scummagers in the Super 14. He will now want to prove himself in the Guinness Premiership and I expect him to make a big impact at the club.

“We have still got positions I want to fill with the World Cup and call-ups also to consider. We want strength in depth and we are planning to announce some more positive news in the very near future.”

Rawlinson, who qualifies as a non-overseas player via his South African passport and Kolpak regulations, added: “I’m very excited about the move to Warriors, getting the chance to play in the Guinness Premiership and being part of a new challenge at Sixways.

“I’ve spoken to Mike Ruddock at length and we share a lot of common beliefs about how the game should be played. I have been thoroughly impressed by his vision for the club and how he wants this club to move forward.

“I also have many friends in England who have told me about the potential at Warriors, the stadium development and fanbase they have. The arrival of new signings, including Sam Tuitupou who I know well from Auckland Blues, combined with the existing squad will now take the club to the next level.

“I plan to play a big role in an exciting new era at Warriors and believe the move to England will also bring the best out in me and help me develop as a player.” 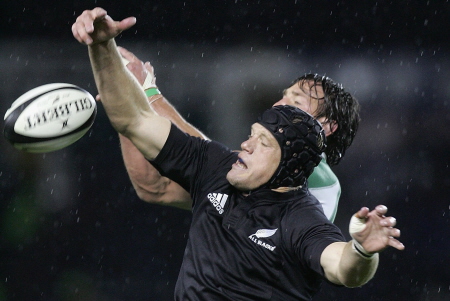 * Season tickets are available NOW from Sixways. For more information call the ticket office on 0870 990 5650. Existing season ticket holders have until June 8 to renew to take advantage of the special discounted rate and get first refusal on their existing seat.