Boss Richard Hill admitted he would have some big selection decisions to make after FOUR replacements scored against Northampton Saints in a thrilling comeback.

Jonny Arr, Josh Matavesi, Josh Drauniniu and Ollie Hayes all climbed off the bench to score against Saints as Worcester rallied from 37-3 to score 28 unanswered points in 16 staggering minutes of attacking rugby.

He said: “I think all the replacements could justify a place next week and claim to be up for selection.

“I though James Currie did very well when I brought him on at half-time, he coped very well and I am very pleased for that young man.

“Craig Gillies secured restarts and our lineout and Josh Matavesi added to our midfield. Jonny Arr looked very sharp and Josh Drauniniu on the wing too.

“I don’t profess to be an expert in the front row, I will get people like Phil Vickery to look at that with Nigel Redman.

“But I could see plenty of players who made a massive impact and put their hands up for selection on Friday.

“The three games we have had we haven’t won but we have been competitive. Against Bath, Gloucester and Leicester we were competitive,” he added.

“If we had lost this one by 30 or 40 points it is difficult to lift the players. Now they have proven the character.

“We haven’t won a game yet, but we have been close. If we get back to it on Monday and work hard, concentrate and do our homework we will hopefully get our rewards soon.

“I don’t feel we have the points we deserve. We should have had three extra against Bath and two against Gloucester. But having said that, we picked up two today when maybe if Northampton had kept going we wouldn’t have. It will even itself out.”

Hill also praised last action hero Andy Goode as he held his nerve to slot an 80th minute conversion from wide right – at the second time of asking after a re-take – to claim a second bonus point.

“We had a bit of luck as they rushed the kick. Against Bath they did that and we didn’t get the re-take,” he admitted.

“Today it was re-taken, we had that little bit of luck, but that was justified and Goodey can still put those over when the pressure is on.

“One point would have been good from 37-3 down. For Goodey to knock that over and get another really sends us home a lot happier.” 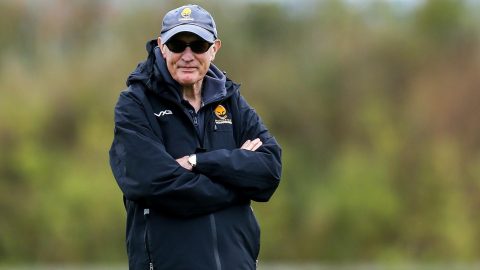 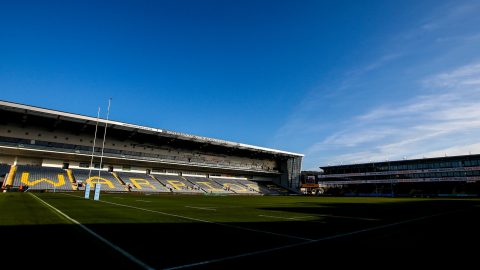