Dean Ryan admitted he was pleased with how his side responded against Biarritz after a gruelling couple of days of travelling.

Warriors led at half-time against the French side in the Amlin Challenge Cup and looked set for victory with the score at 25-15, but the hosts produced a whirlwind late show to secure victory.

He said: “Losing is frustrating but considering the players had spent 40 hours on the road and had just three hours sleep, it was pretty impressive.

“I thought the guys handled themselves really well over the last couple of days and for them to respond as they did tonight was fantastic.”

Two tries from Biarritz winger Teddy Thomas helped the hosts snatch victory and although Ryan was pleased with his players’ efforts, he knows they must learn quickly how to close games out.

He added: “Thomas was impressive and he was pacey down the edges. We couldn’t cope with him and they were smart towards the ends with little chips in behind causing us problems.

“There weren’t things defensively we were getting wrong. I felt they just had a lot of talented individuals that we allowed to flourish in those last 15 minutes.

“We should’ve beaten Biarritz twice now but we’ve made enough improvements to be competing every match. We just need to know how to close-out games.”

Academy youngsters Ben Howard and Max Stelling combined to score a well-crafted try for Warriors in the second-half of the match.

And the Director of Rugby said he was impressed with the pair although he insisted they will need to play 80 minutes mistake-free if they are to feature regularly at the top level.

He added: ““Ben and Max combine well. They look good when given the opportunity but they have to tidy up some nuts and bolts for 80 minutes of a game because at this level if you can’t then you’re forcing yourself to score tries.

“This tournament is about some of our youngsters getting game-time and they will be better for it. We have seen elements of things we are getting better at but at this top end they have to be right more often.”

Warriors face Gloucester in the Aviva Premiership in ten days’ time and Ryan insists his players will be fresh and ready for the derby clash.

He concluded: “A few guys will have a rest now which is key. We’re hoping to go into next week against Gloucester feeling fresh and give it a real crack.” 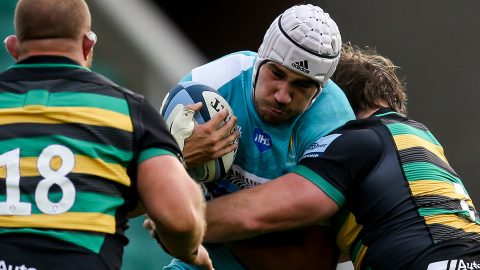 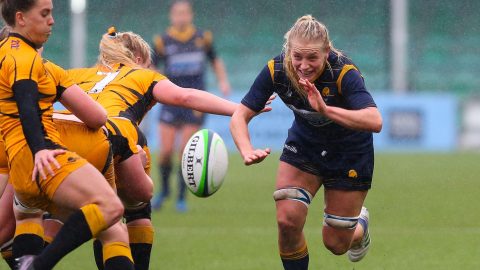